Japan city asks tourists to stay away amid pandemic

A popular tourist city in Japan urged sightseers on Thursday to refrain from visiting for the time being, due to growing concerns from residents over the potential spread of the coronavirus.

Kamakura in Kanagawa Prefecture, southwest of Tokyo, has continued to see tourists, despite a state of emergency declared by the Japanese government on April 7 for areas including Kanagawa. 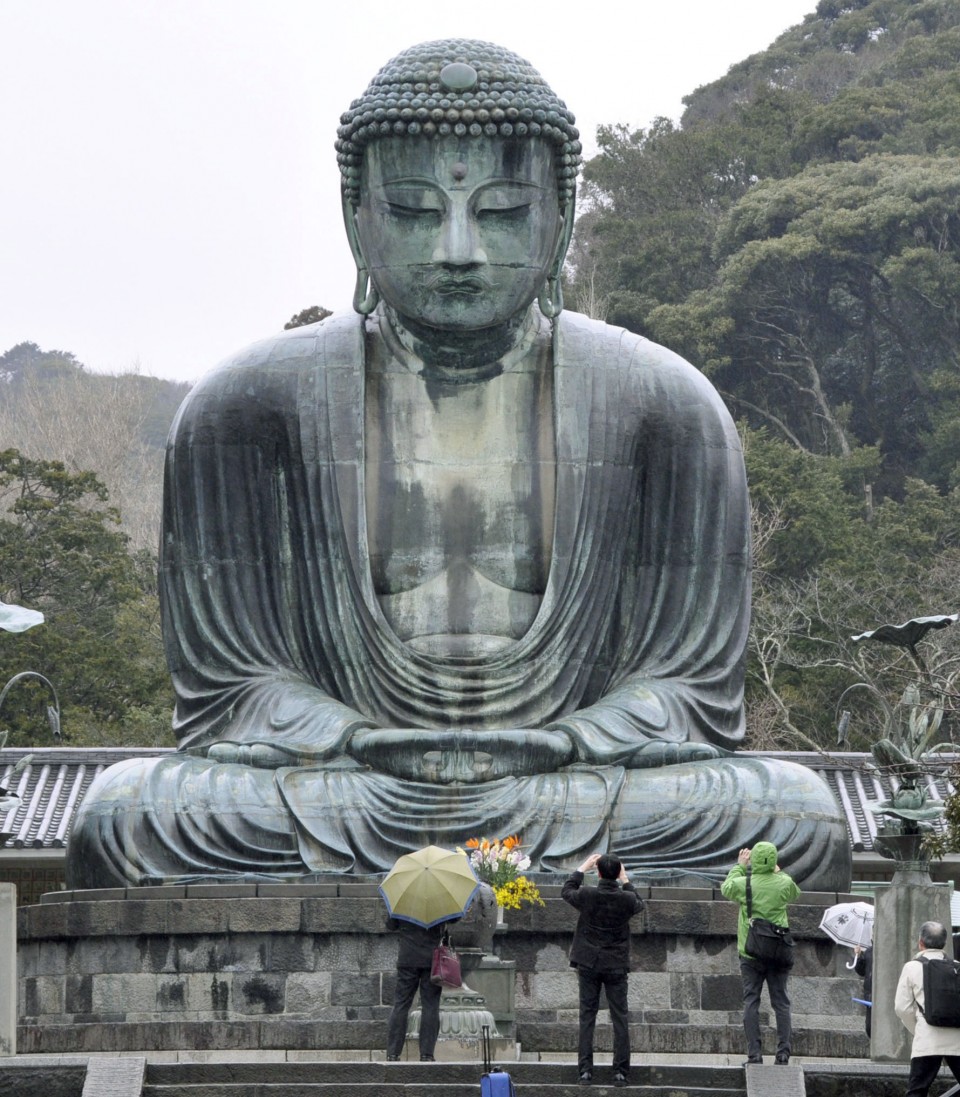 (Visitors take photos in front of a Buddha statue in Kamakura)

Under the monthlong state of emergency that covers Kanagawa and five other prefectures including Tokyo and Osaka, residents have been asked to stay home and nonessential businesses to temporarily close.

In urging tourists not to visit, Mayor Takashi Matsuo told a press conference, "As a tourist spot, it breaks my heart to say this but it's important to prevent the further spread of the virus."

At the entrance to one eatery in the area, a sign has been put up refusing entry to tourists.

The owner recounted how a couple entered his store without face masks about a week ago. The tourists refused to put them on despite the owner's plea, saying they had heard the pandemic was almost over.

Many of the store's regular customers are elderly residents, and the owner does not want them interacting with tourists and possibly spreading the virus.

"I support the (city's) call," he said, adding that the pandemic "would end more quickly if everyone shares a sense of crisis."

According to the city, the number of people visiting popular spots such as the Komachi-dori shopping street and the Tsurugaoka Hachimangu shrine has fallen. However, vehicles from other prefectures have continued to travel to the area, causing traffic congestion.