The head of the World Health Organization on Wednesday appeared to hit back at President Donald Trump's suggestion that the United States may suspend its funding of the U.N. agency due partly to what the U.S. leader has called its "China-centric" response.

The WHO chief also rejected criticism that his comments on China's handling of the initial outbreak of the novel coronavirus, which is thought to have originated in the Chinese city of Wuhan, were too favorable to Beijing. 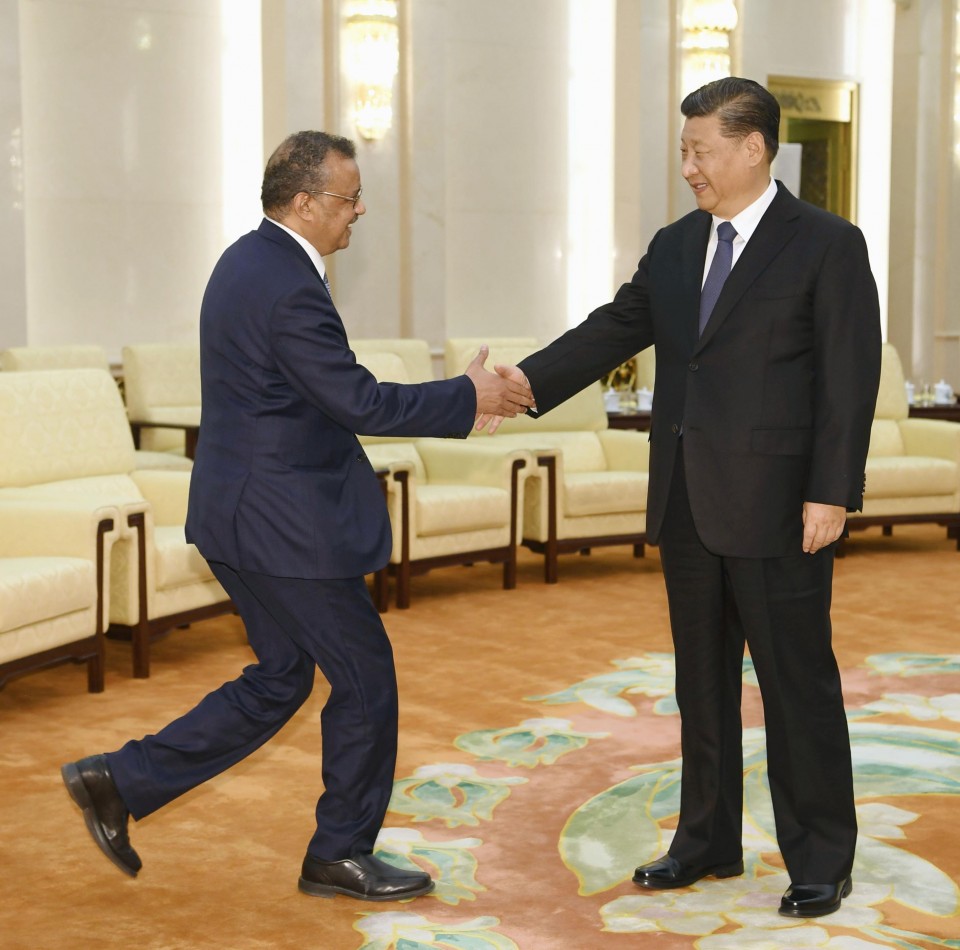 His remarks came after Trump accused the WHO on Tuesday of offering faulty recommendations over the outbreak and said he would investigate whether to end funding of the organization.

"They actually criticized and disagreed with my travel ban (imposed against foreign travelers from China) for the time I did it. And they were wrong," the president said, referring to the measure he announced in late January to keep the virus at bay.

Trump on Wednesday fumed at the WHO chief's remarks, insisting that it was Tedros who is politicizing the pandemic issue.

"Look we spent...almost 500 billion (dollars) last year, hundreds of billions in previous years...I can't believe he's talking about politics when -- look at the relationship they have to China. So China spends 42 million, we spend 450 million, and everything seems to be China's way, that's not right. It's not fair to us and honestly it's not fair to the world," he said at a press conference in Washington.

According to the WHO website, the United States was the top contributor of funds to the agency in 2018 and 2019, providing $893 million in total, accounting for about 14.7 percent of the U.N. agency's funding.

While echoing the criticism of the WHO, U.S. Secretary of State Mike Pompeo said at the same press conference that Washington would not go so far as to demand a leadership change.

"This is not the time to be doing that kind of change. There'll be a lot of time to look back and see how the World Health Organization performed," Pompeo said, adding that the administration will instead focus on making sure that its resources "don't go to places that aren't going to deliver on behalf of the American people."

Meanwhile, the Chinese Foreign Ministry on Wednesday defended the WHO, saying that the organization has been highly praised by the international community for its response to fighting the coronavirus outbreak under the leadership of Tedros.

The WHO said on March 11 that COVID-19 "can be characterized as a pandemic." But critics say the declaration came long after experts had reached a broad consensus that a pandemic had occurred.

Tedros visited China and met with President Xi Jinping in late January when the country was fighting to contain the virus in its epicenter of Hubei Province.