A 57-year-old man with a knife attacked and slashed a so-called police box counselor on Thursday in Tokyo and was later arrested on charges including attempted murder, police said.

The 61-year-old counselor, a retired police officer, was working at a police box in Katsushika Ward alone when the man came around 9:30 a.m., the police said, adding he was taken to a hospital for nonlife threatening injuries to his back and hips.

The man fled the scene to his apartment, located about 400 meters from the police box, but surrendered the weapon after officers persuaded him to do so, they said.

The man, apparently unemployed, has largely kept silent about the incident but also made incoherent remarks, according to the police, who quoted him as saying, "I am hypnotized."

The police said they are investigating whether the man is mentally competent to take criminal responsibility.

The police box is located in a residential area about 800 meters from Kanamachi Station on the JR Joban Line. "I'm terrified that the incident happened in such a nearby place," said an 85-year-old woman who lives in the neighborhood. 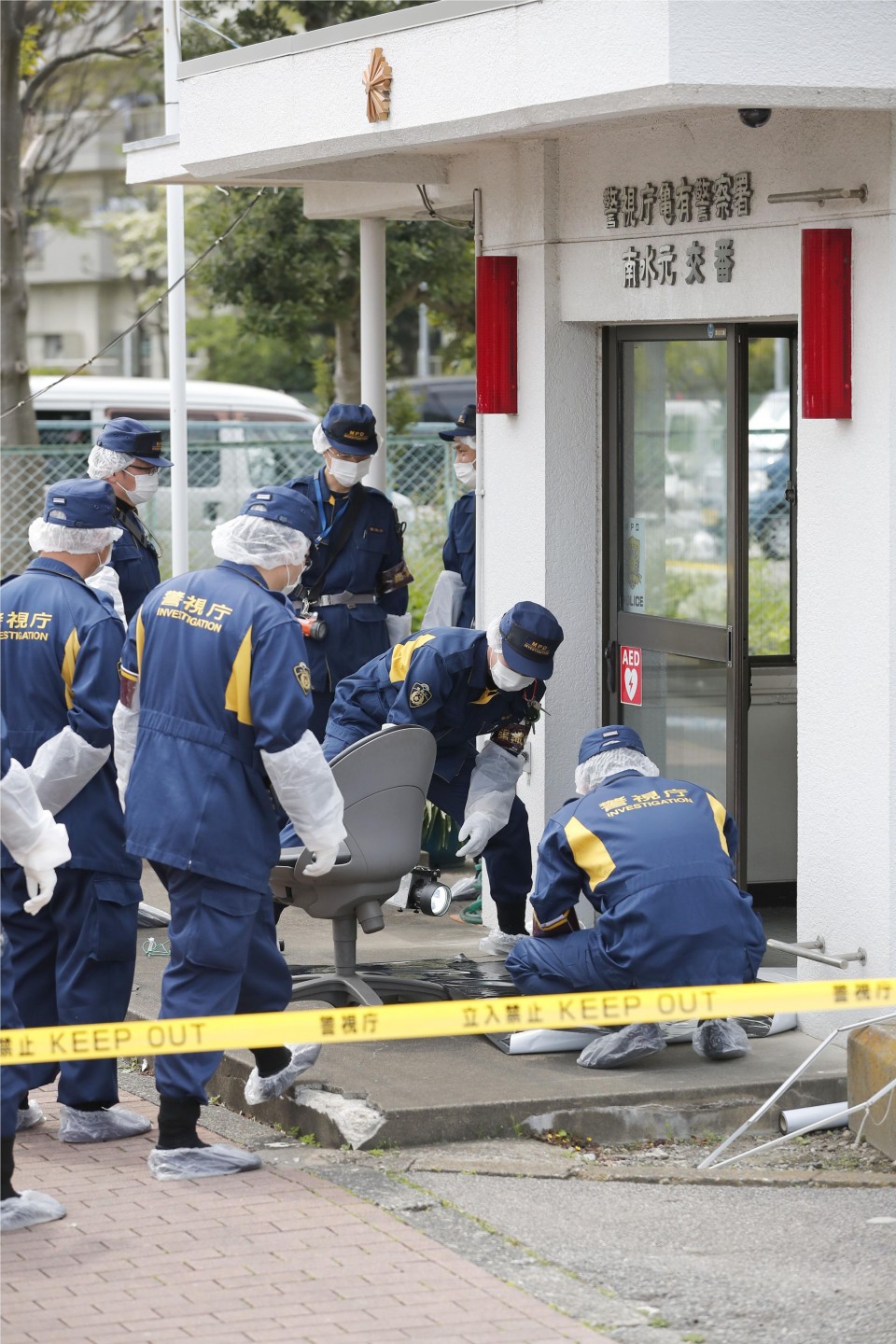 (Investigators inspect a police box in Tokyo's Katsushika Ward on April 30, 2020, where a member of staff was attacked by a knife-wielding man earlier in the day.)

In recent years, police boxes in Japan have become the target of attacks. In June 2018, a former member of the Self-Defense Forces stabbed a police officer to death at a police box in the city of Toyama in central Japan and fatally shot a security guard at a nearby elementary school with a gun he took from the officer.

Three months later, a police officer was stabbed to death in Sendai in the country's northeastern region. In June last year, a man with a knife attacked a police officer in Suita, Osaka Prefecture, and his gun was stolen.