The auction proceeds for an illustration drawn by Japanese cartoonist Leiji Matsumoto are to be used to support a hospital in Turin, Italy, where he underwent treatment for pneumonia last year, Italian media reported Monday.

The 82-year-old is selling an illustration of the main character from his popular animation series "Space Pirate Captain Herlock" with the words "Everything will be okay" written in Italian in an online auction. 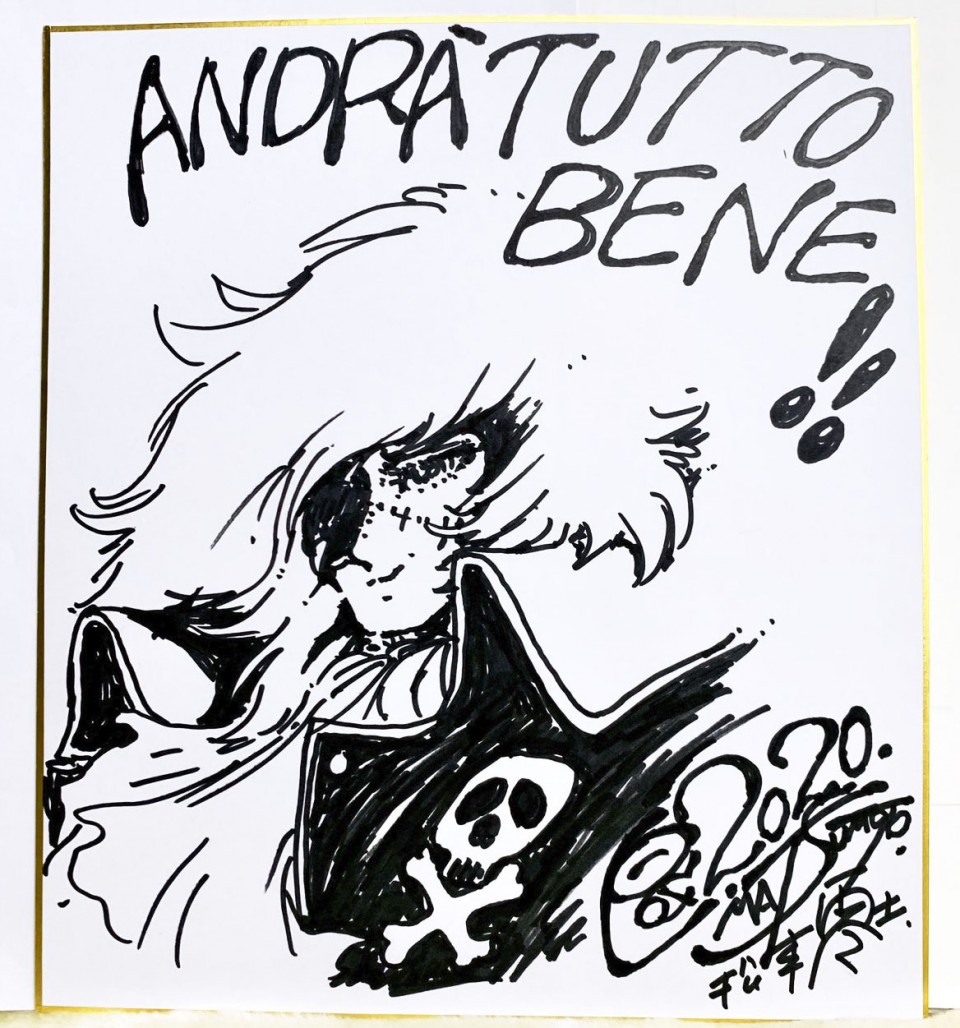 The cartoonist was taken to the hospital on Nov. 15 last year while he was in Turin for an event to celebrate 40 years since the first broadcast of his video animation in Italy.

The proceeds from the auction will be used to purchase protective gear for the hospital in northern Italy gripped by the coronavirus outbreak.

The Italian newspaper la Repubblica wrote that the auction was Matsumoto's way of expressing his solidarity with the hospital.

"I know the strength and courage the Italian doctors and nurses have," Matsumoto was quoted as saying by the newspaper.