The government said Tuesday it has postponed this month's ceremonies to celebrate Crown Prince Fumihito's ascent to first in line to the Chrysanthemum Throne amid the new coronavirus outbreak.

The "Rikkoshi no rei" ceremonies, originally scheduled for Sunday, are intended to proclaim the 54-year-old crown prince's new status, which he acquired after his brother, the emperor, ascended the throne in May last year. A government official said it would be rescheduled to "sometime before the end of the year at the latest," with discussions centered on holding them this autumn. 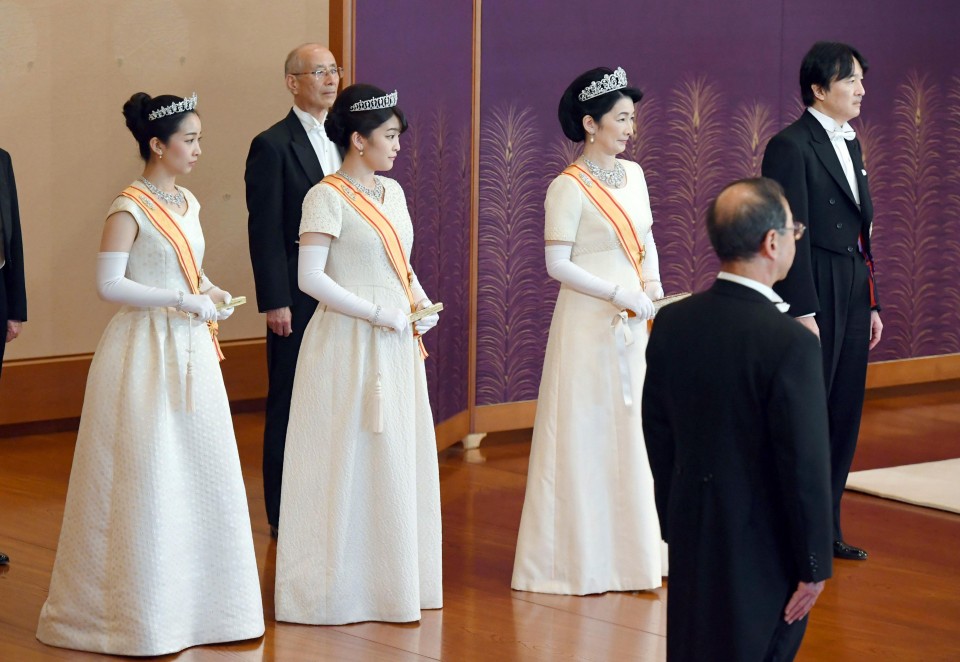 As the coronavirus began to spread in Japan, the government initially planned to reduce the number of guests at the ceremonies to about 50 from 350. But it decided to delay the ceremonies as the virus has continued to spread in Tokyo, with Prime Minister Shinzo Abe declaring a state of emergency for the capital, Osaka and five other prefectures last week.

The postponement will affect the government's plan to start formal discussions after the ceremonies on how to ensure stable imperial successions amid the shrinking number of male heirs. Under the 1947 Imperial House Law, only males in the paternal line can ascend the throne.

The Imperial Household Agency has also postponed visits by the crown prince and his wife to locations such as Ise Jingu, a Shinto shrine in Mie Prefecture, as well as to the imperial mausoleum of Emperor Jimmu in Nara Prefecture, which were both initially scheduled for later this month.