An additional 33 crew members on an Italian cruise ship docked for repairs in southwestern Japan have tested positive for the coronavirus, bringing the total to 34, the Nagasaki prefectural government said Wednesday.

After one of the 623 crew members aboard the Costa Atlantica, docked in Nagasaki, was confirmed as infected with the virus on Tuesday, the city started testing those who had been in close contact with that person on the passenger-less ship.

Of the 34 found to be infected with the virus, one man in his 40s has been sent to a facility designated for infectious diseases in the city out of concern his symptoms may worsen. 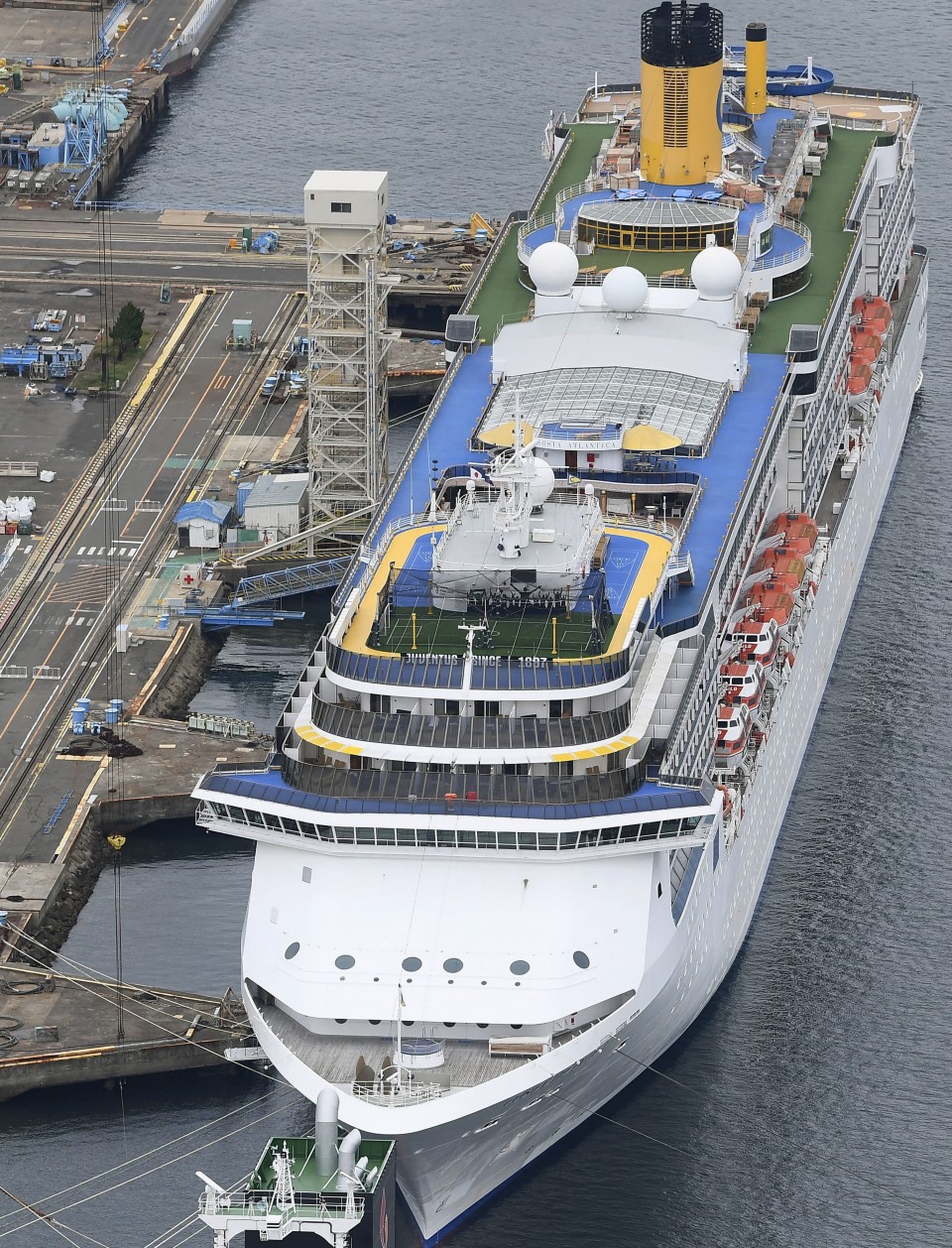 Only 18% of Japanese stopped going to work due to COVID-19: poll

So far, 61 people have been tested for the COVID-19 disease, with results for 27 coming back negative.

A further 130 or so crew members who are necessary for the ship's maintenance are expected to be tested.

Those who had been in close contact with the crew member who tested positive have been quarantined, while other crew members have been staying in cabins with balconies.

The one Japanese among the crew is not infected and did not have close contact with the first infected crew member, according to the vessel's operator Costa Crociere.

Specialists from the health ministry said Wednesday that a cluster of coronavirus infections is likely to have occurred aboard the ship, which arrived in Nagasaki on Jan. 29 and is scheduled to remain until the end of April.

Nagasaki Gov. Hodo Nakamura requested the dispatch of Self-Defense Forces personnel to deal with the situation.

In Tokyo, Chief Cabinet Secretary Yoshihide Suga said Wednesday at a press conference that Japan has sent officials and specialists from the health ministry to the ship in response to a request from the Italian government for assistance.

"We will take appropriate measures to prevent the spread of the virus in cooperation with Nagasaki Prefecture and others," he said.

He also said that only those who have severe symptoms will be allowed to leave the ship.

The ship was originally due to undergo repairs in China but Mitsubishi Shipbuilding Co., a unit of Mitsubishi Heavy Industries Ltd., eventually received the repair order due to the virus outbreak, which was first detected in the central Chinese city of Wuhan in late 2019.

It initially stated that no one had boarded or disembarked from the Costa Atlantica since the first virus infection in Nagasaki Prefecture was confirmed in Iki on March 14. But on Wednesday, Mitsubishi Shipbuilding said some crew members had done so even after that date.

Details remain unclear, but those who disembarked included some who went to hospitals, said the company, which is currently requesting more information from the ship's operator.

Nakamura called the situation "very regrettable" and said that allowing the ship to dock "was conditioned on proper management."

The ship, with 781 crew members but no passengers aboard, had been at sea for about a month after leaving Nagasaki in late March, and was running low on fuel and food.

"We had no choice (but to accept it) due to humanitarian reasons and will take every possible measure to prevent the spread of the virus," a prefectural government official said.

The prefecture said it will post guards round the clock and ensure no crew members leave the ship.