As the novel coronavirus pandemic has pushed many people in Japan to telework, an increasing number of firms are providing artistic background images for people to mask their cluttered rooms during online meetings.

Images of famous animation works including "Spirited Away" and "My Neighbor Totoro" have been made available by Studio Ghibli Inc. on its official website in an attempt to liven things up. 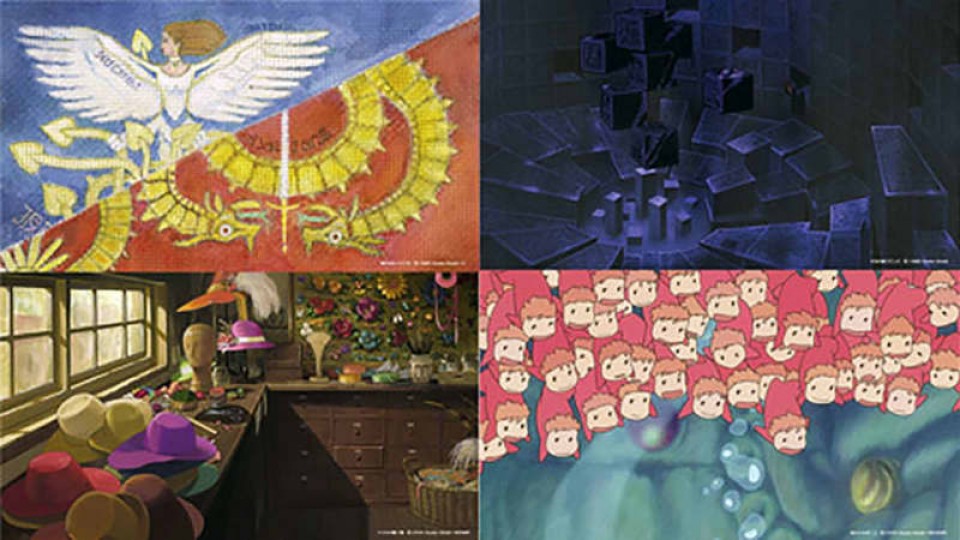 Clockwise from top left: Background images of "Nausicaa of the Valley of the Wind," "Castle in the Sky," "Ponyo on a Cliff by the Sea" and "Howl's Moving Castle")
[Courtesy of Studio Ghibli Inc.]

Koei Tecmo Games Co., known for video games such as "Nobunaga's Ambition," has also released images of castles and other settings from feudal Japan that appear in the game.

"We hope people will fancy themselves as feudal samurai lords and experience the tension of a military meeting," said an official of the Yokohama-based company.

Such background images are used by people not only when they hold videoconferences but when they socialize online using services like Zoom, as more people refrain from going out as part of efforts to contain the spread of the virus.

Companies and organizations including football and baseball teams as well as railway operators are also providing background images.

Takamatsu-Kotohira Electric Railroad Co., a railway operator in Kagawa Prefecture, released images of its dolphin characters and a screen with the company logo that makes it appear as if a person is speaking in front of microphones at a press conference.

"We hope to provide a light topic to talk about and hope it will encourage people to use our trains again," said a company official.