About 700 kilograms of cocaine with an estimated street value of 14 billion yen ($130 million) was seized by customs authorities from cargo on a ship docked in Yokohama Port earlier this year, sources close to the matter said Wednesday.

The amount, believed to be the country's largest cocaine haul on record, is nearly double the approximately 400 kg discovered last October in a shipping container in Kobe Port, western Japan. 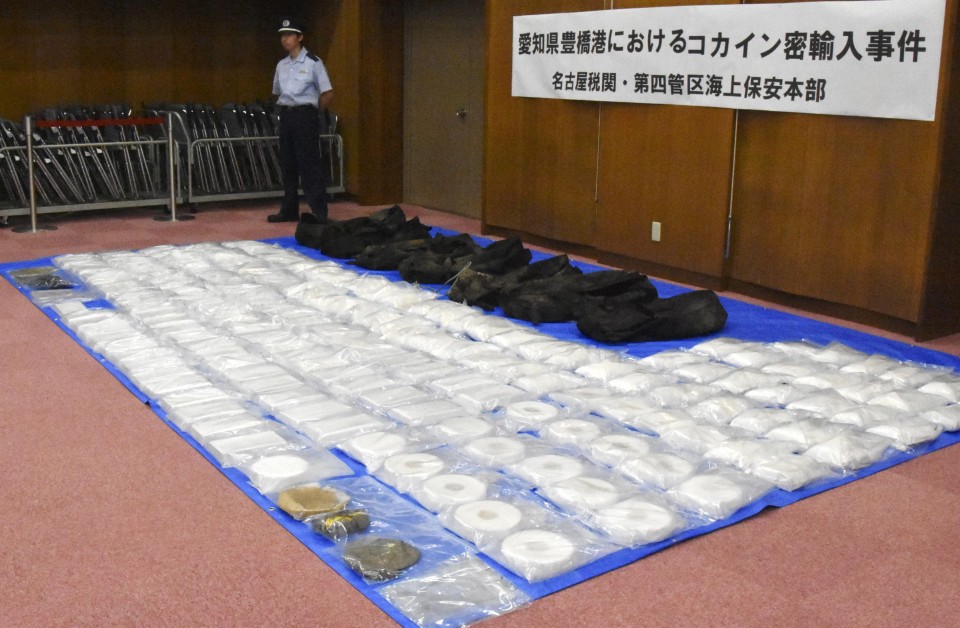 Local customs authorities suspect that a large international smuggling syndicate was involved and are investigating the matter on suspicion of a violation of customs law.

The cocaine, which was hidden in a shipping container housing boxes of bananas and other items, was discovered by a customs officer in late March to early April this year, according to the sources.

During questioning by customs officials, crew members of the ship have denied involvement in the smuggling, the sources said.

The customs authorities suspect the cocaine may have arrived in Yokohama by mistake after smugglers failed to retrieve the drugs that were loaded on the ship while it was overseas.