China on Wednesday reported 199 new coronavirus infection cases on the mainland, 62 with symptoms and 137 without, tripling the previous day's tally as imported cases surge.

The National Health Commission said 59 of the 62 symptomatic cases confirmed over one day to the end of Tuesday involved people arriving from abroad, with the remainder locally transmitted cases detected in Guangdong and Shandong provinces. 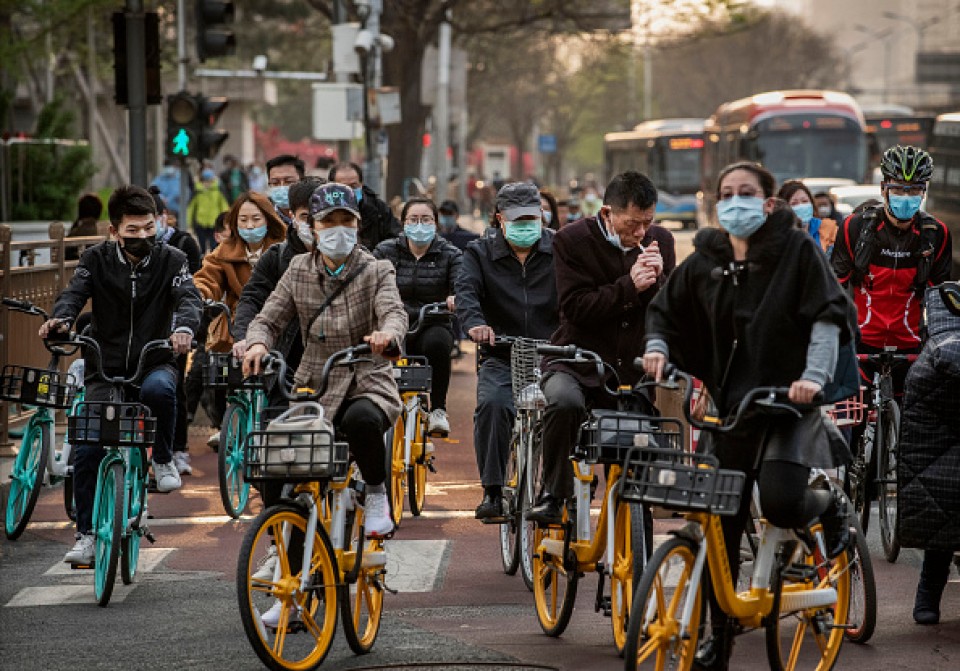 (Chinese commuters wear protective masks as they ride bikes and scooters in the central business district during rush hour on April 7, 2020 in Beijing.)[Getty/Kyodo]

The tally of confirmed symptomatic cases for mainland China now stands at 81,802, including 1,042 infections found in travelers from abroad.

China has already indefinitely banned entry of most foreigners and enforced strict quarantine measures for all incoming Chinese in an effort to curb the growing number of imported cases.

The commission also announced two more deaths, one each in Shanghai and hardest-hit Hubei Province, taking the total number of reported fatalities on the mainland to 3,333.

Also on Wednesday, China lifted the months-long lockdown imposed on Wuhan, the original epicenter of the coronavirus outbreak. Hubei's provincial capital has confirmed only three symptomatic cases in the last 20 days.