Tokyo Gov. Yuriko Koike's request urging people to keep a distance from one another to prevent the further spread of the new coronavirus has spurred the creation of an online game that has become an unexpected viral hit.

The "mitsu desu" game, first posted on Twitter last Thursday, had more than 23,000 likes and was shared around 13,700 times before it was taken down by the social media giant. The game later resurfaced on the creator's own Twitter account.

In the game, a character resembling Koike walks through crowds and by clicking she says "mitsu desu" -- which means "you are close" in Japanese -- and disperses the crowds. The goal is not to let anyone in her circle of social distancing.

"Mitsu desu" refers to the Japanese expressions for avoiding the three "mitsu" -- closed spaces, crowded places and close contact with people -- in the wake of the coronavirus outbreak.

The governor of Tokyo, which has the highest infection rate in Japan with more than 3,300 confirmed cases as of Tuesday, has been urging the public to stay home, avoid crowds and halt operations of restaurants and bars.

Tokyo was one the first local governments to ask businesses to close after a state of emergency was issued by Prime Minister Shinzo Abe on April 7, which initially targeted the capital and six other prefectures. The declaration was broadened nationwide on April 16 amid the spread of the virus.

Koike has been briefing the media more frequently after reported cases of the virus started to surge from late March. One of her briefings reverberated on social media when she said, "mitsu desu" to news reporters when they gathered near her in early April.

The game's creator who goes by the Twitter username Gunjo Chikin, or preferred English name Ultramarine Chicken, drew his inspiration from Koike's call which "left an impression" on him.

The idea came to him on the night of April 11 on his way home from his part-time job, while walking a long straight road. "Some people were in my way, so I thought it would be fun if I could blow them away," the creator said via Twitter messages.

When accessing the game, users are first greeted by a screen that says, "Let's protect social distancing by becoming the Tokyo governor."

In the game, the governor loses life points whenever people intrude into her circle of distance, but can recover them by attaining two face masks from an Abe-like character. When the game is over, a voice says "state of emergency declaration" and asks players to stay at home. 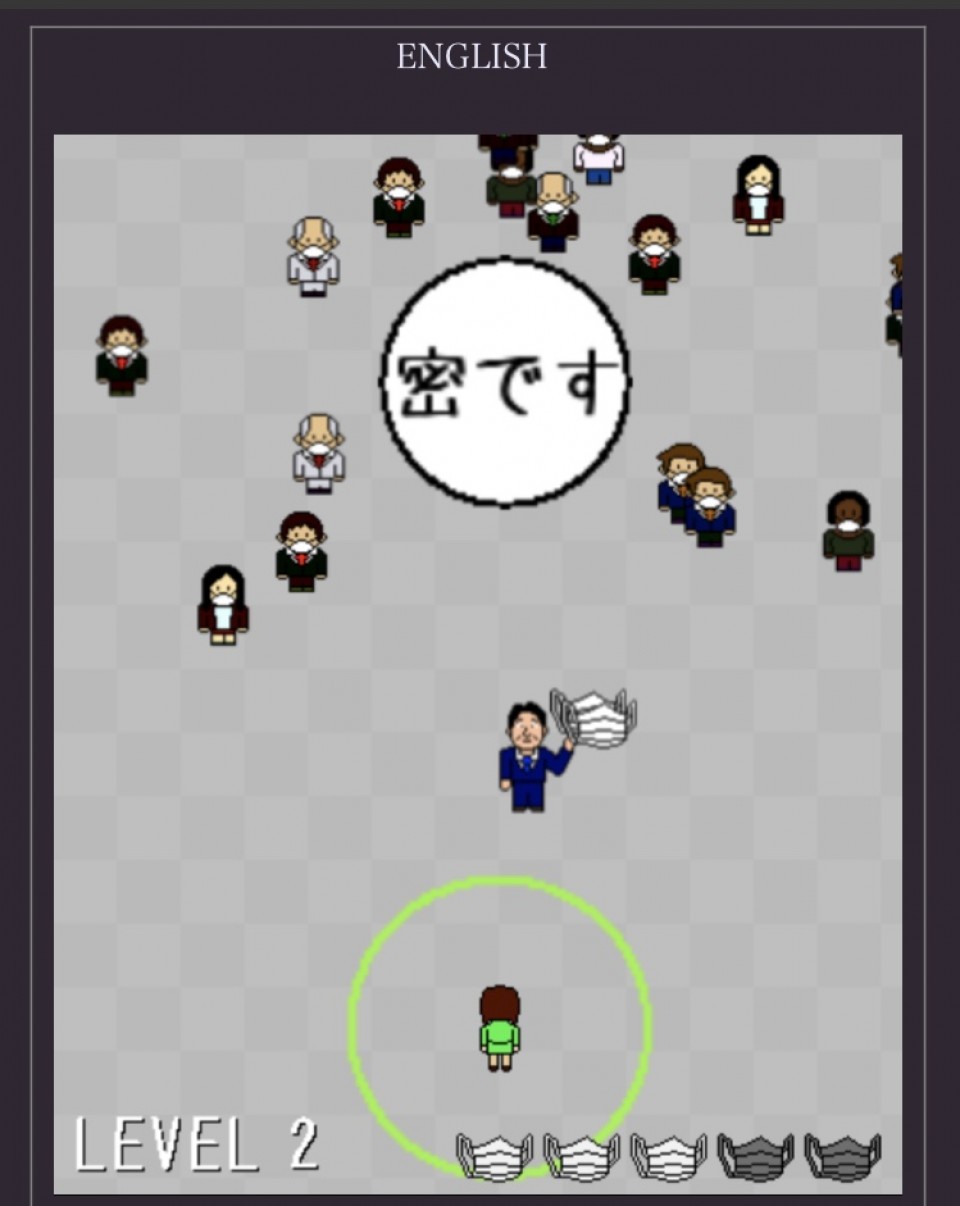 Abe's controversial initiative to distribute two cloth face masks across the nation as part of a government program to help contain the spread of the coronavirus started last week. It has drawn derision on social media and has been dubbed "Abenomask," a pun on Abe's "Abenomics" economic policy.

As of Tuesday, the game has attracted more than 1.2 million visitors worldwide. While visitors from Japan dominated at some 97 percent, the United States came second with 6,468 visitors, followed by Britain with 4,507, according to the user's Google Analytics page.

Gunjo Chikin said he had no intention of using his game as a vehicle to send a message to the public about social distancing and that he was taken aback by the attention the game has received.

"It went too viral. I imagined (it would only involve) around 100 people and some of my friends," he said.

"The game can be accessed at http://gamingchahan.com/mitsudesu/ and also has an English version, albeit with a different character and "social distance" replacing the word "mitsu desu" to make it more user-friendly to an English audience. A Chinese version is now in the works. 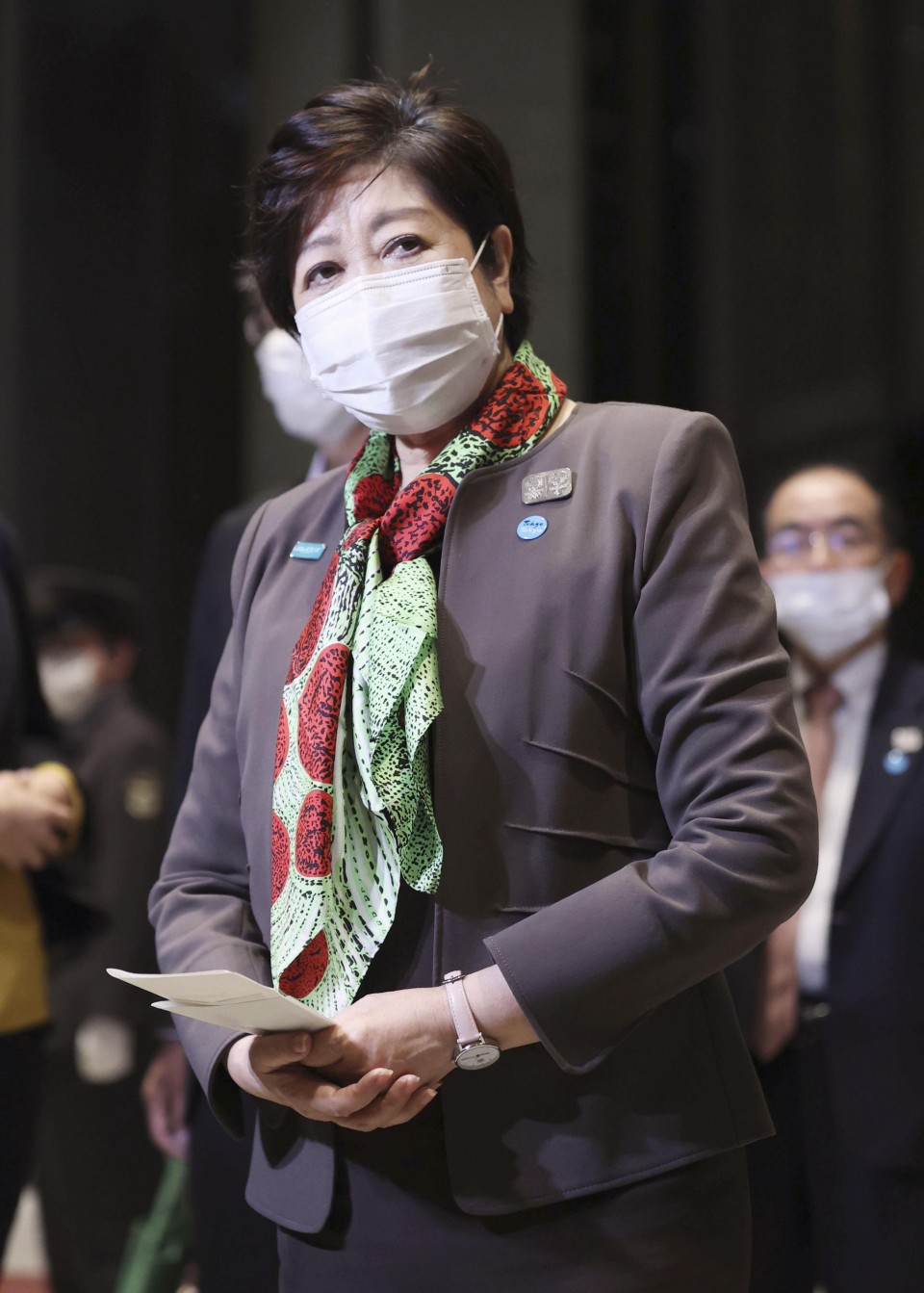