Japanese judoka Shohei Ono is taking the challenge of the unprecedented one-year Olympic postponement due to the coronavirus pandemic in his stride as he prepares to defend his 73-kilogram title on home soil next summer in Tokyo.

"I'll save my energy until the time comes," Ono told Kyodo News in a phone interview Tuesday. "This time allows me to change and evolve so I'm thinking of it as a plus."

The three-time world champion remains optimistic amid the global crisis while dealing with the same kind of interruptions being experienced by athletes around the world.

The judo club at Tenri University, Ono's alma mater in Nara Prefecture where he trains, has been shut down since the beginning of the month. Without access to a facility with tatami mats, Ono is instead focusing on running and core circuit training in the area surrounding the school.

"Judo practice is tough and painful, but it's also hard not being able to practice," he said. 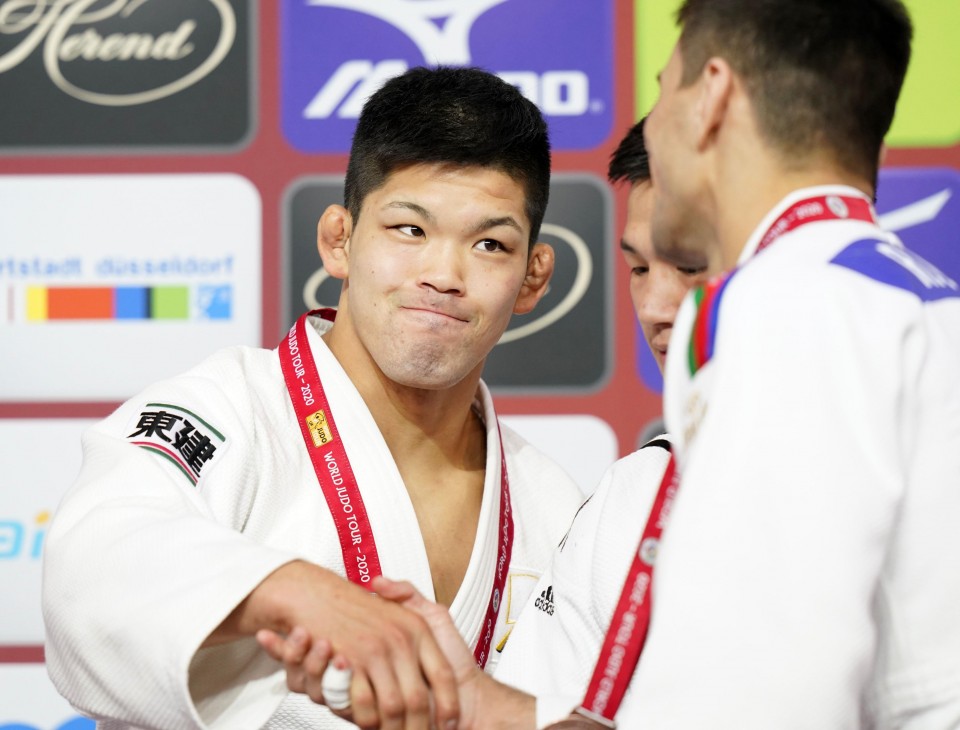 But with the International Judo Federation suspending all events until the coronavirus outbreak subsides, Ono said he was grateful to have some time to reflect on what it means to compete for his country.

"I've been able to reflect and realize once more just how amazing it is to compete while wearing the Hinomaru, which should be obvious," he said.

At the Rio de Janeiro Games in 2016, Ono, already a two-time world champion, defeated Azerbaijan's Rustam Orujov in the men's 73-kg final to capture his maiden Olympic gold medal. However, Ono then took a year-long break to continue his studies. He resumed full-scale competition in 2018 and claimed his third world championship last year in Tokyo.

The 28-year-old, who specializes in the osoto-gari large outer-reap leg throw and uchimata inner-thigh throw, booked his spot for his second-straight Olympics in late February after winning gold at the Dusseldorf Grand Slam for the third consecutive year.

"Now was not originally the time to push myself," Ono said. "But it's been three years since I got back on the tatami. Next year will be the fourth, so it fits the Olympic cycle."

Due to the unforeseen virus outbreak, Ono will not get the chance to defend his Olympic title on the world's greatest stage for another 15 months, but Japan's most promising candidate for judo gold remains grounded in reality.

"It doesn't matter if it's this year or next year, because making adjustments is what athletes do," he said. "It will always be about delivering the best, the biggest and the strongest performance at that time and place."