Japan's northernmost main island of Hokkaido issued a further declaration of a state of emergency on Sunday, following one issued previously in late February, after seeing the pace of infections picking up.

In Tokyo, the total number of virus infections topped 2,000 as the capital and six other prefectures experienced their first weekend under a state of emergency the government declared, urging residents to refrain from nonessential outings and some businesses to shut. 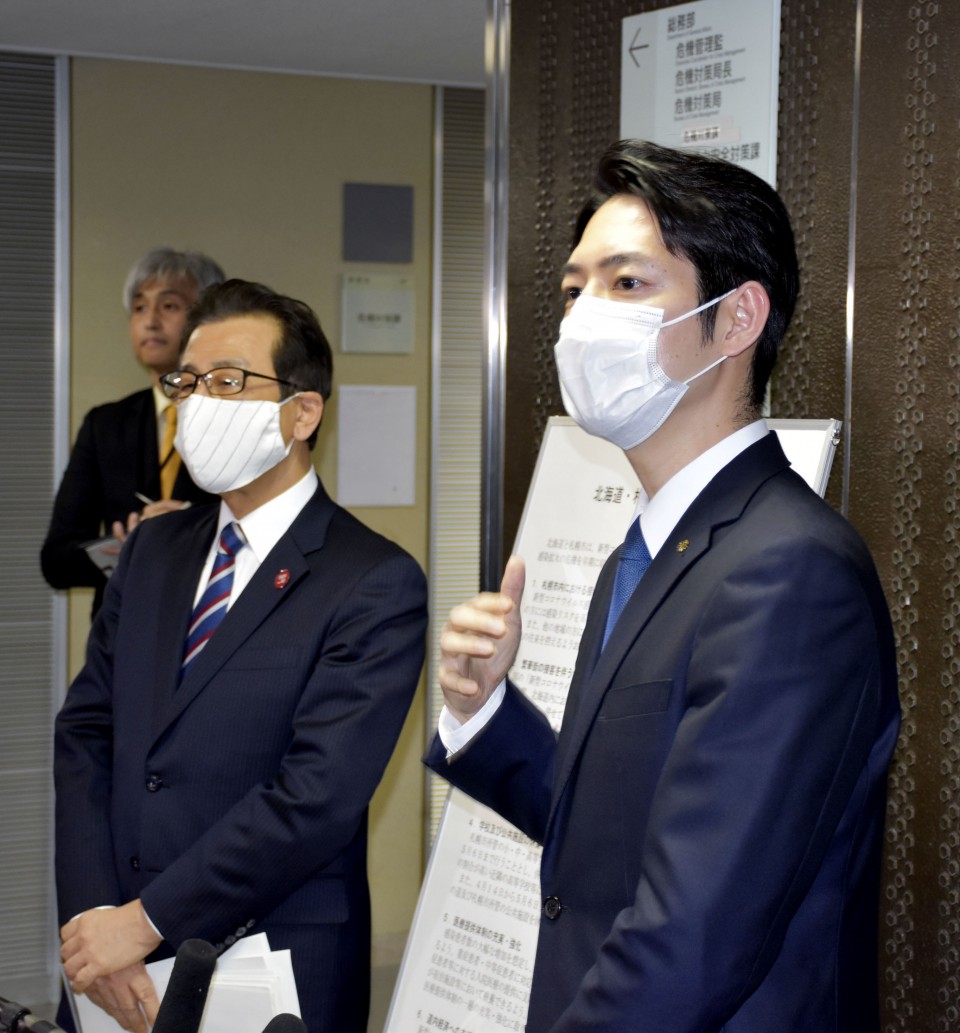 In a bid to prevent a further escalation of the pandemic, on April 7 Prime Minister Shinzo Abe declared a monthlong state of emergency in Tokyo, Chiba, Kanagawa and Saitama in the east, and Osaka, Hyogo and Fukuoka in the west.

On Saturday, he extended his request to the governors of all 47 prefectures to ask their residents to refrain from visiting nightclubs, hostess bars and busy downtown spots in a push to prevent cluster infections of the novel coronavirus.

"We are facing a crisis of a second wave in the spread of (the coronavirus) infections," Hokkaido Gov. Naomichi Suzuki told reporters, asking residents to refrain from making nonessential outings.

Hokkaido had declared its own state of emergency on Feb. 28 ahead of the government and lifted it on March 19, citing signs that the coronavirus spread was abating in the prefecture, a popular area for both Japanese and foreign tourists.

Schools in Sapporo, which have just gradually resumed classes since April 6, will be closed again from Tuesday to May 6. Residents of the prefecture are also asked not to travel to Sapporo or to the areas covered by the state's declaration of emergency.

The governor was initially reluctant to close entertainment facilities but has decided to be in step with Tokyo and its neighboring prefectures of Kanagawa and Saitama.

Chiba, Kanagawa and Saitama are covered by the government's state of emergency, as are Osaka, Fukuoka and Hyogo.

Nationwide, infection cases have risen to more than 8,000 including about 700 from the Diamond Princess, a cruise ship that was quarantined in February near Tokyo.