Some leisure spots near Tokyo have seen crowds of visitors recently despite government instruction to stay home amid the novel coronavirus pandemic, prompting local residents and municipalities to voice concerns about further potential spread of the virus.

Although it was a weekday, a beach near iconic Enoshima Island in Fujisawa, Kanagawa Prefecture, drew about 100 surfers on Wednesday morning, with many of the cars in parking lots showing license plates from Tokyo or other prefectures. 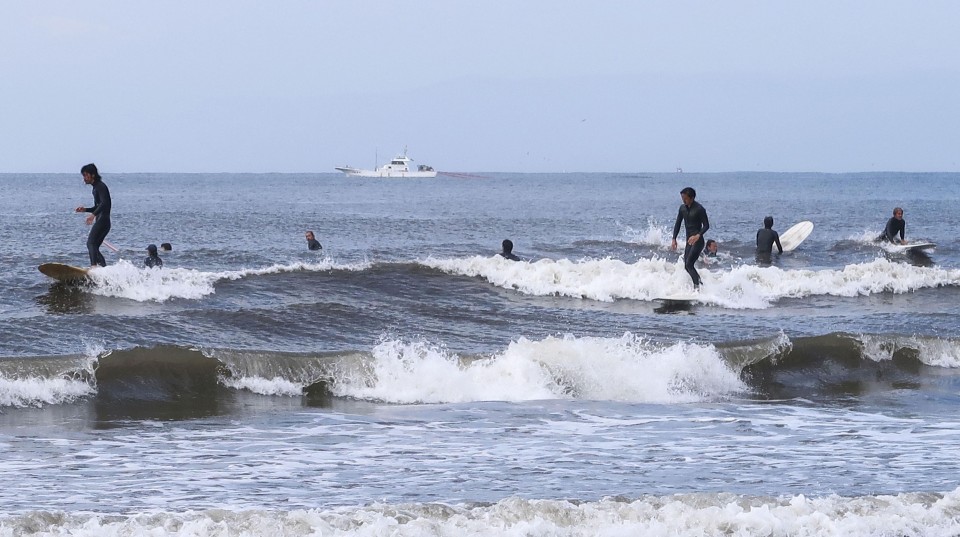 A 64-year-old local resident said that during the previous weekend the popular beach was as packed with families and couples as it normally is in the summer, while young people gathered in local restaurants.

"Maybe they think it would not be serious if they are infected (with the coronavirus). But they should also think of the risk of infecting elderly people," he said.

After receiving more than 200 complaints about the huge crowd of tourists and traffic jams, the city issued a joint statement on Wednesday along with other entities such as a local chamber of commerce, urging people to refrain from sightseeing amid the coronavirus outbreak. 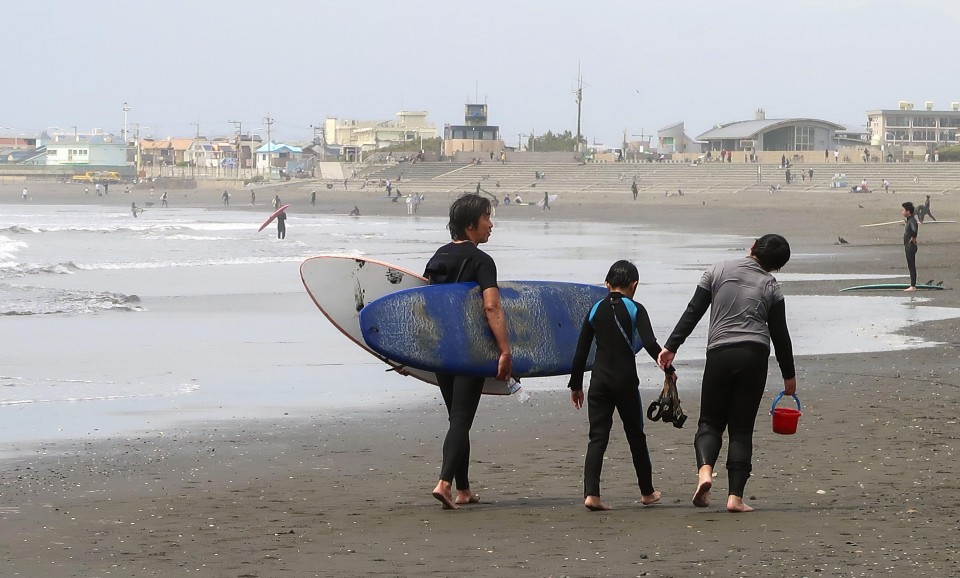 Along with 10 municipalities, Fujisawa city also submitted a petition to the Kanagawa prefectural government calling for the closure of roads near the beach.

"It was a tough decision as a sightseeing city," Fujisawa Mayor Tsuneo Suzuki told a press conference.

People have also flocked to mountainous tourist spots for recreation rather than strictly observing stay-at-home guidance during the pandemic.

Mt. Tsukuba in Ibaraki Prefecture has drawn crowds of visitors, including many people from outside the eastern Japan prefecture.

Following complaints about the number of tourists, the Tsukuba city government shut down the destination's parking lots from Wednesday. 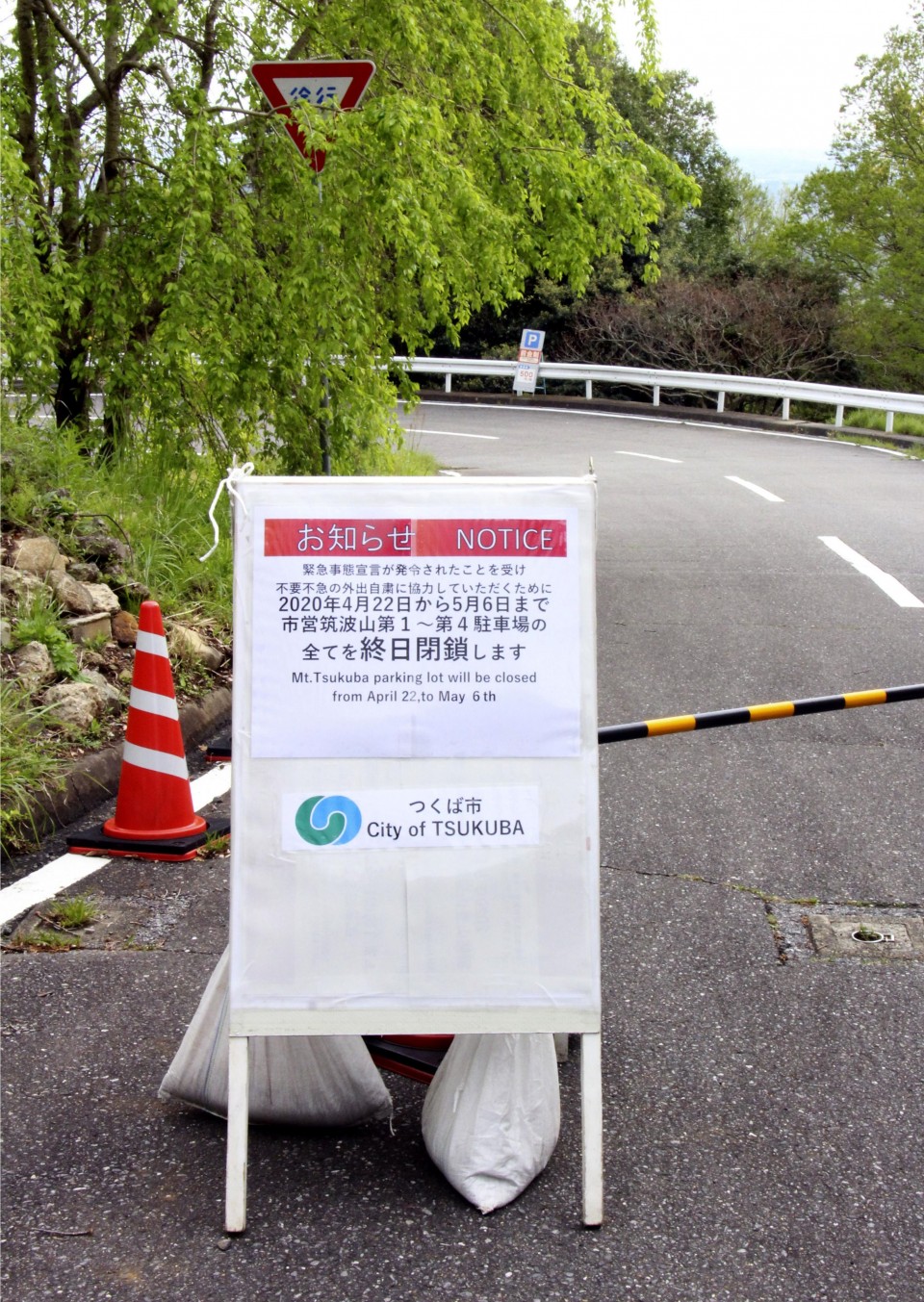 (A notice showing that four parking lots at Mt. Tsukuba will be closed from April 22 to May 6 following a state of emergency declaration by the central government.)

One lot on a hillside of the mountain drew around 600 cars on a Sunday earlier this month. Even on weekdays, about 100 cars are parked there, the prefectural government operating the facility said.

According to local officials, some visitors with picnic lunches failed to keep a safe distance away from others so as to avoid virus infection. Some visitors did not wear face masks.

Takashi Kawashima, secretary general of Japan Workers' Alpine Federation, said he has received reports that the mountain was crowded with many people from outside Ibaraki Prefecture.

"I was surprised to encounter so many people on the trails," he said. "Normally I avoid crowds and refrain from going out, but I want to exercise sometimes."