The number of foreign visitors to Japan tumbled 93 percent in March from a year earlier, marking the biggest rate of decline for any month since 1964 when comparable data became available, amid the global coronavirus pandemic, government data showed Wednesday.

An estimated 193,700 foreigners visited Japan last month, falling year-on-year for the sixth consecutive month, according to the data from the Japan Tourism Agency.

The data also showed that the number of Japanese nationals leaving Japan dropped 85.9 percent to 273,000 in the reporting month, also the largest rate of decline. 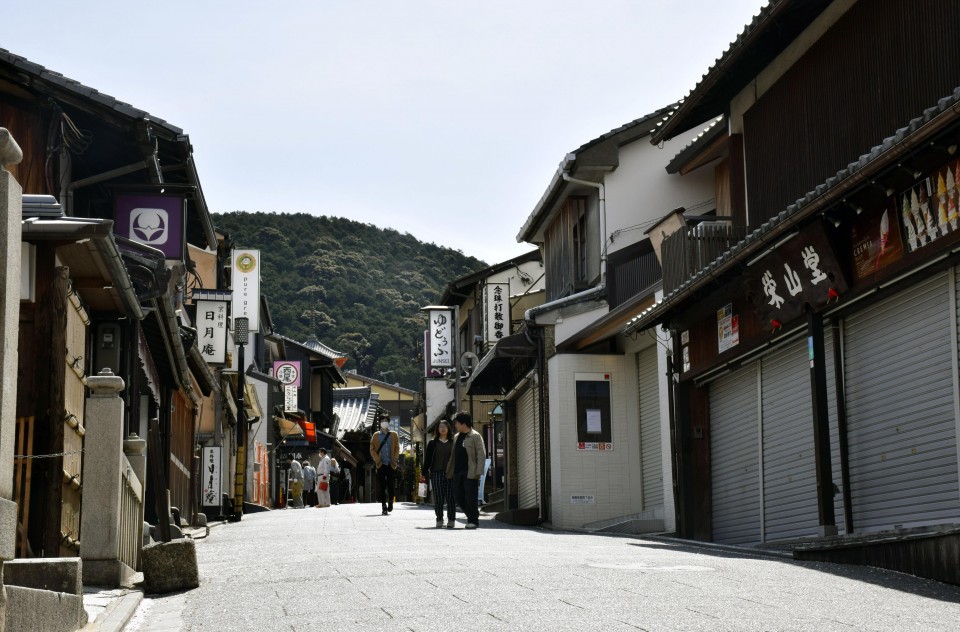 Visitors from China, accounting for the largest portion of the total number of tourists to Japan for a long time until January, dived 98.5 percent to 10,400, followed by Taiwan with a 98.1 percent fall to 7,700 and South Korea with a 97.1 percent contraction to 16,700.

The United States had the largest number of travelers to Japan in March at 23,000, down 87 percent from a year earlier, according to the data. Vietnam came second with 20,800, down 56.6 percent.

"As the number of flights has declined more than 90 percent and cruise ships are not operating, the severe situation will continue," Japan Tourism Agency Commissioner Hiroshi Tabata said at a press conference.

In February, Japan banned the entry of foreign nationals with recent travel history to China's Hubei Province -- whose capital is Wuhan where the new coronavirus was first detected -- and Zhejiang Province, as well as the South Korean city of Daegu and the neighboring county of Cheongdo in the wake of a virus outbreak there.

Entry bans were extended to a total of 73 countries and regions, including the United States and the whole of China and South Korea in early April.

Foreign travelers' spending between January and March amounted to 672.7 billion yen ($6.27 billion), down 41.6 percent from a year earlier.

The Japanese government had a goal of 40 million inbound visitors by this year, when the Tokyo Olympics and Paralympics were initially supposed to be held.