Comedian Piko Taro, best known for his viral hit song "Pen-Pineapple-Apple-Pen," and Japanese boy band Arashi have both released songs encouraging people to wash their hands amid the coronavirus pandemic.

"I have a hand, I have a soap. Uh! Wash! Wash! Wash! Wash...." Piko Taro repeats, adopting the same tone, manner and wardrobe that propelled him to international stardom in his 45-second hit PPAP in 2016.

Uploaded on his official YouTube channel Sunday, the new video, titled "PPAP-2020-," had already garnered over 350,000 views as of Monday afternoon and is trending on the social media platform.

Comments have flooded in, including one in English that reads, "PPAP joined the chat Corona left the chat." 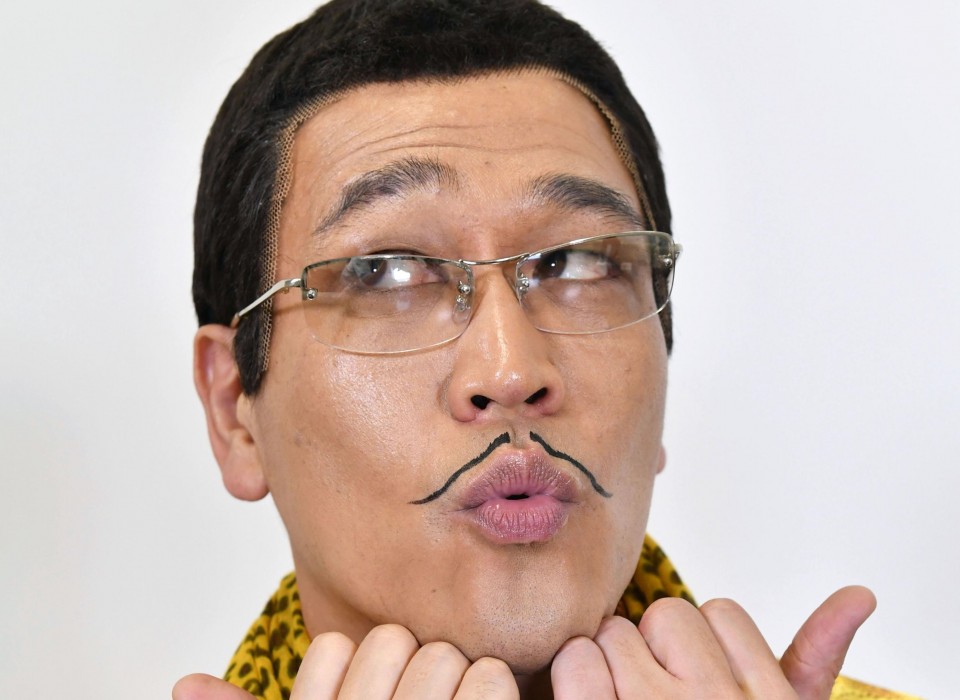 Piko Taro, whose real name is Kazuhito Kosaka, ends the roughly one-and-a-half minute video with the slogan, "Pray for People And Peace," matching the original PPAP acronym, followed by the rallying cry, "We will win!"

Meanwhile, a longer video on hand-washing performed by Arashi has been viewed over one million times. It was uploaded by their agency Johnny & Associates Inc., on YouTube last Friday.

The five band members, dressed in blue suits, start by singing a simple tune about hand-washing, complete with the chorus "Let's wash your hands, wash your hands" in English.

They then move to a public bathroom to demonstrate the correct way to apply soap, lather well and wash between the fingers. 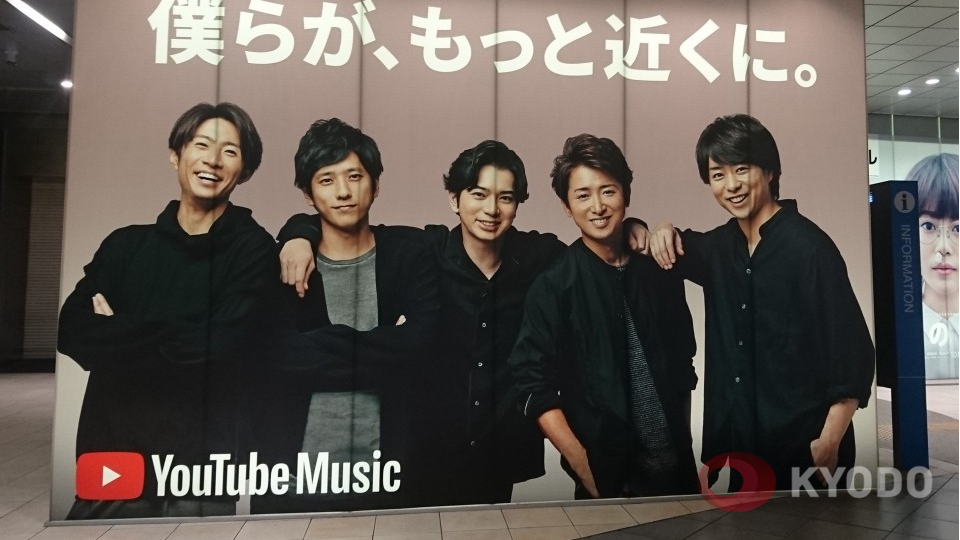 As of Monday afternoon, over 2,000 messages had been posted in the comments section, applauding the male idol group.

"It is like a lullaby. I feel reassured listening to this," one user wrote, while another praised "such a thoughtful and excellent initiative in raising awareness and educating people" about the importance of washing hands at the time of the coronavirus pandemic.

手洗いダンスを作ったので、みんなも一緒にやってみよう！健康第一！
We created a dance to wash our hands! You can do it too! Stay safe & stay healthy!#JohnnysWHLwithYOU #WashYourHandswithJ #嵐 #ARASHI pic.twitter.com/OgQ9IstFHW

The five members -- leader Satoshi Ono, Sho Sakurai, Masaki Aiba, Kazunari Ninomiya and Jun Matsumoto -- have been active both as a group and individually, not only in music but in movies, TV dramas, variety shows and commercials since making their debut in 1999.

But the group has announced it is scheduled to suspend its activities at the end of this year.