Although not targeted by authorities for closure requests under measures to battle the spread of COVID-19, many bookstores in major metropolitan regions of Japan have chosen to bring down the shutters or curtail opening hours, dealing a blow to book and magazine publishers alike.

Meanwhile, for the public whose appetite for reading has only increased as it responds to the government's stay-at-home requests, the pain of bookshop closures has been compounded by an almost total shutdown of municipal-run libraries in urban areas.

The day after Japan's state-of-emergency was first declared by Prime Minister Shinzo Abe on April 7 in Tokyo, Osaka and five other prefectures, Akira Yamaguchi, an executive at Hayakawa Publishing Corp., was dumbstruck as he read the list of Tokyo bookstores that had decided to close for the time being.

It included popular bookstores like Tsutaya in Daikanyama and Maruzen in Nihombashi, both trendy areas of Tokyo. Even Sanseido's flagship bookstore in the Jimbocho area -- Tokyo's center of used-book stores and a mecca for bibliophiles -- closed its doors.

"Most of the books we planned to sell at the end of this month have already been printed, and we will be in trouble if we can't distribute them," Yamaguchi said. 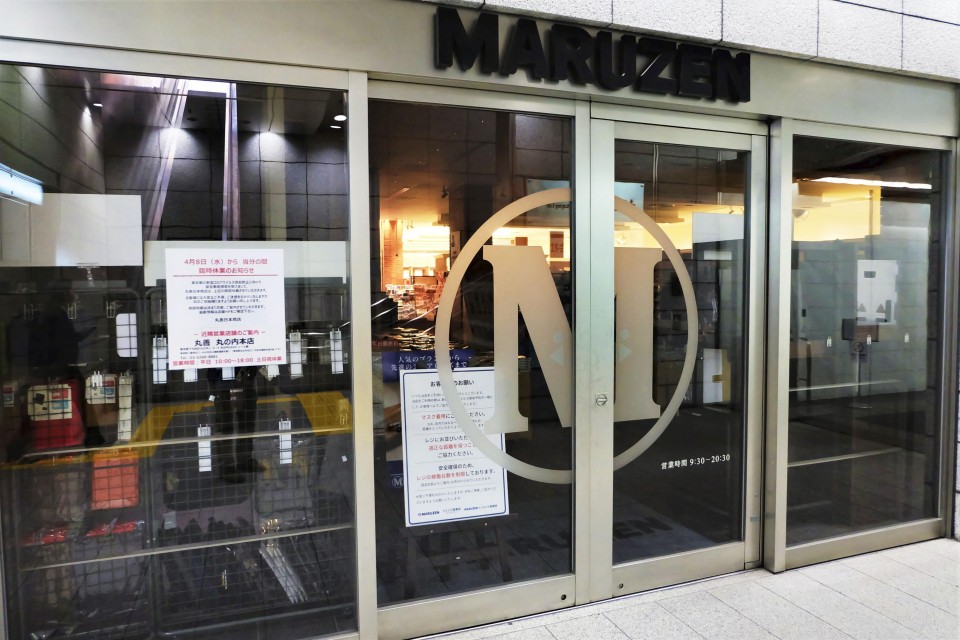 (A bookstore in Tokyo is closed on April 15, 2020, under a state of emergency over the coronavirus pandemic)

Japan to approve Remdesivir for coronavirus patients in May

Uninfected crew on cruise ship in Nagasaki to be sent home

Hayakawa Publishing's Yamaguchi was also concerned about whether some of those bookshops would still be around when life begins to return to normal.

"We are also afraid that bookstores with tight profit margins will be forced out of business without financial resources to keep them above water," he said.

Magazines, meanwhile, have started pushing back their release dates, casting a shadow over even those magazines that were selling briskly in early April.

When the state of emergency, now in effect nationwide, was first imposed in the Tokyo and Osaka metropolitan areas, Kinokuniya Co., a mega-chain bookstore, initially continued operating some outlets, including its flagship store in Shinjuku, central Tokyo.

It argued that "in the midst of a deluge of fake information, many people depend on books" to provide the truth.

But it reversed its stance after Tokyo on April 10 fleshed out its request to residents to refrain from nonessential outings, even though the city said regular bookstores, considered "necessary to maintain a social life," were not subject to closure requests, although used-book stores were.

As there are several thousand customers who visit stores daily on average, even on weekdays, the company feared that its stores would become a "hotbed of infection," and decided to remain closed.

"We are grateful that books were recognized as essential to our lives, but the safety of our customers and staff is the most important thing," said an official from the company's general affairs department. "It was a difficult decision to make."

Other bookstores are walking a tightrope as they do not wish to be responsible for spreading the disease while they seek ways to keep their businesses afloat.

To tread that line, a bookstore located along a private railway line in Tokyo cut back its store hours.

"Many people have told me they are glad that my bookstore is open," said its owner. "Paperbacks, comic books and children's books are the most sold. People feel constrained and thirst for enjoyment. It is important to have a place where they can buy books."

Nippon Shuppan Hanbai said its March sales were greater than those at the same time last year.

It attributed the increase to comics and school children's books and educational material, stating the demand for the latter grew after the government's request at the end of February for all schools to close in response to the spread of the virus.

At the same time as bookshops were shutting, libraries, run by municipalities, were closing their doors. Around 890, or 60 percent of Japan's 1,550 libraries had stopped operating as of April 16, according to the saveMLAK disaster relief information site, whose main purpose is to monitor damage to museums, libraries, archives and community centers at times of natural disaster.

But that figure reaches more than 95 percent for public libraries in the seven prefectures covered by Abe's April 7 state-of-emergency declaration.

Though many have closed their doors physically, some have devised ways to stay in business by setting up temporary "window" slots from which people can borrow books.

Nonetheless, a growing number of public libraries are shutting completely, discontinuing their book borrowing services, as they abide by the state-of-emergency declaration by local government authorities that deem their facilities nonessential.

"Regrettably, libraries were among those deemed 'nonurgent and nonessential,'" said the head of a public library in central Japan who decided to suspend all operations.

The library had been making efforts to inform the public about the COVID-19 disease, including preparing source materials on measures to take against the illness and contact information for those suspected of having contracted the disease.

"One role libraries play is disseminating accurate information, especially amid misinformation and speculation. They are not only about lending books," the librarian said.

"We had been working toward devising creative ways to continue serving the public, so we are extremely disappointed."