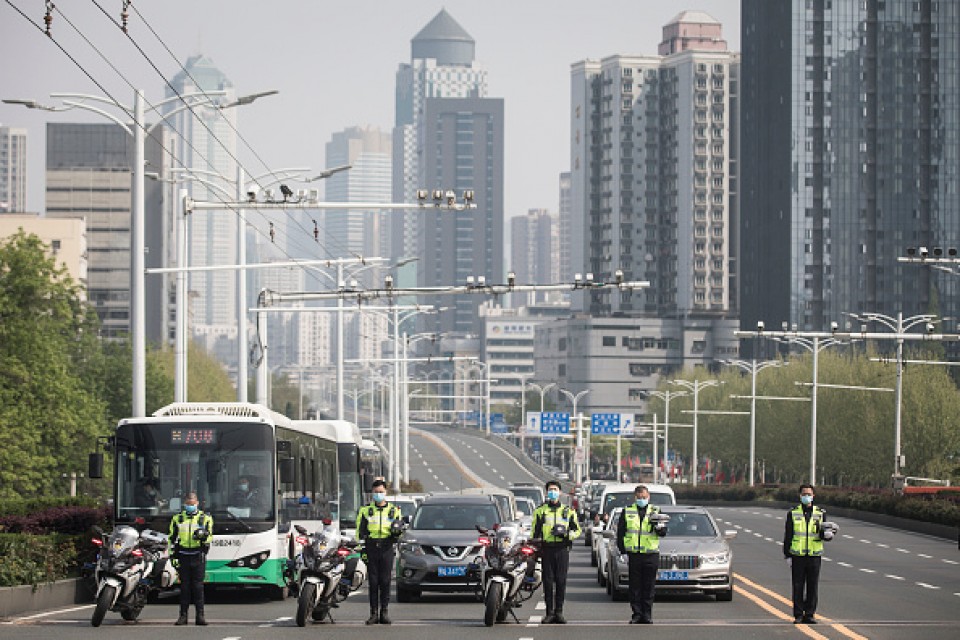 (Police mourn while traffic stops during a silent tribute to martyrs who died in the fight against the novel coronavirus disease outbreak and compatriots who died of the disease on April 4,2020 in Wuhan, Hubei Province, China.)
[Getty/Kyodo]

BEIJING - China's Wuhan, the original epicenter of the coronavirus pandemic, revised the virus death toll for the hard-hit city up by 1,290 to 3,869 on Friday.

The central Chinese city said the revision was made "in accordance with related laws and regulations as well as the principle of being responsible for history, people and the deceased," the official Xinhua News Agency reported.

"This ensures that the information on the city's COVID-19 epidemic is open and transparent, and the data are accurate," the Wuhan municipal headquarters for the COVID-19 epidemic prevention and control said in a notice, according to Xinhua.

The local authorities said overwhelmed medical resources at the height of the epidemic led to missed and mistaken reporting in hospitals, some medical institutions being excluded from the epidemic information network and some patients dying without ever being treated in hospitals.

According to an official from the Wuhan virus response headquarters, an epidemiological investigation team established in late March accessed databases and collected full information from all epidemic-related locations "to ensure that facts about every case are accurate and every figure is objective and correct," the report said.

China has repeatedly defended itself against criticism from the United States and other nations that say Beijing may be underreporting the total number of infection cases and deaths it has seen in the pandemic.

Earlier Friday, China reported 92 new coronavirus infections on the mainland, 26 of which involved individuals displaying symptoms with the remainder showing none.

The National Health Commission said in its daily report that overall confirmed cases on the mainland now stand at 82,367, with 3,342 deaths from the virus that causes the COVID-19 respiratory disease. No new deaths were recorded Thursday.

The tallies do not include Wuhan's revised numbers.

China has also recorded over 6,700 asymptomatic cases since Jan. 28, the commission revealed Wednesday.

Imported cases accounted for 18 of the new reported infections, including 15 with symptoms.

According to authorities in Heilongjiang, a northeastern province on the border with Russia, nine new cases were Chinese who had returned from the neighboring country.

The province, which has recently seen a flare-up of infections, also reported eight locally transmitted cases on Friday, of whom three were showing symptoms.