People are still flocking to shopping arcades in Tokyo and other densely populated cities despite the Japanese government announcing a state of emergency nationwide over the novel coronavirus outbreak.

On Sunday afternoon, a shopping arcade in Tokyo's Musashikoyama district was busy with many masked shoppers. 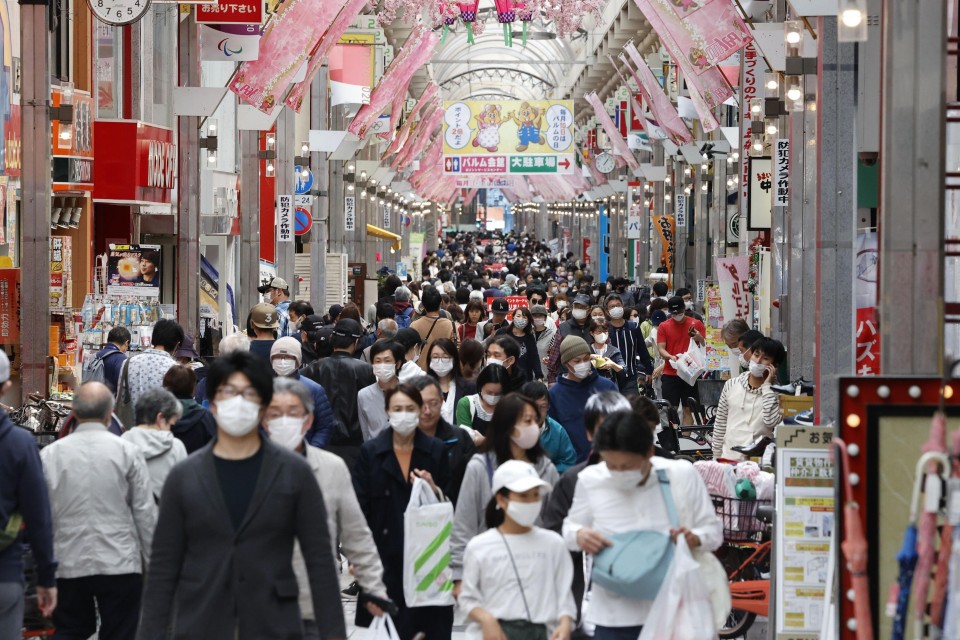 About 40 percent of the some 200 shops on the 800-meter-long street in Shinagawa Ward have either closed or shortened their opening hours, but the supermarkets are still packed with people purchasing daily essentials.

"I do think there are more people compared with other shopping arcades, but it can't be helped as there are many people living nearby," said a 45-year-old woman who bought some instant noodles at a supermarket.

"Many of the shoppers are local people, and I think the outings are limited to essential ones," said an official at the shopping arcade's promotional association.

The association has been taking measures to prevent the spread of the pneumonia-causing virus, including opening the roof of the arcade twice a day for ventilation. They have also canceled major events that had been scheduled to be held there. But it has received an increasing number of calls over the past week to do more or even shut down the whole area.

"We will do whatever we can," said the official.

Officials at the nearby Togoshi-Ginza Shopping Street have asked people to refrain from making nonessential outings and called on tourists not to come. But it remains crowded. 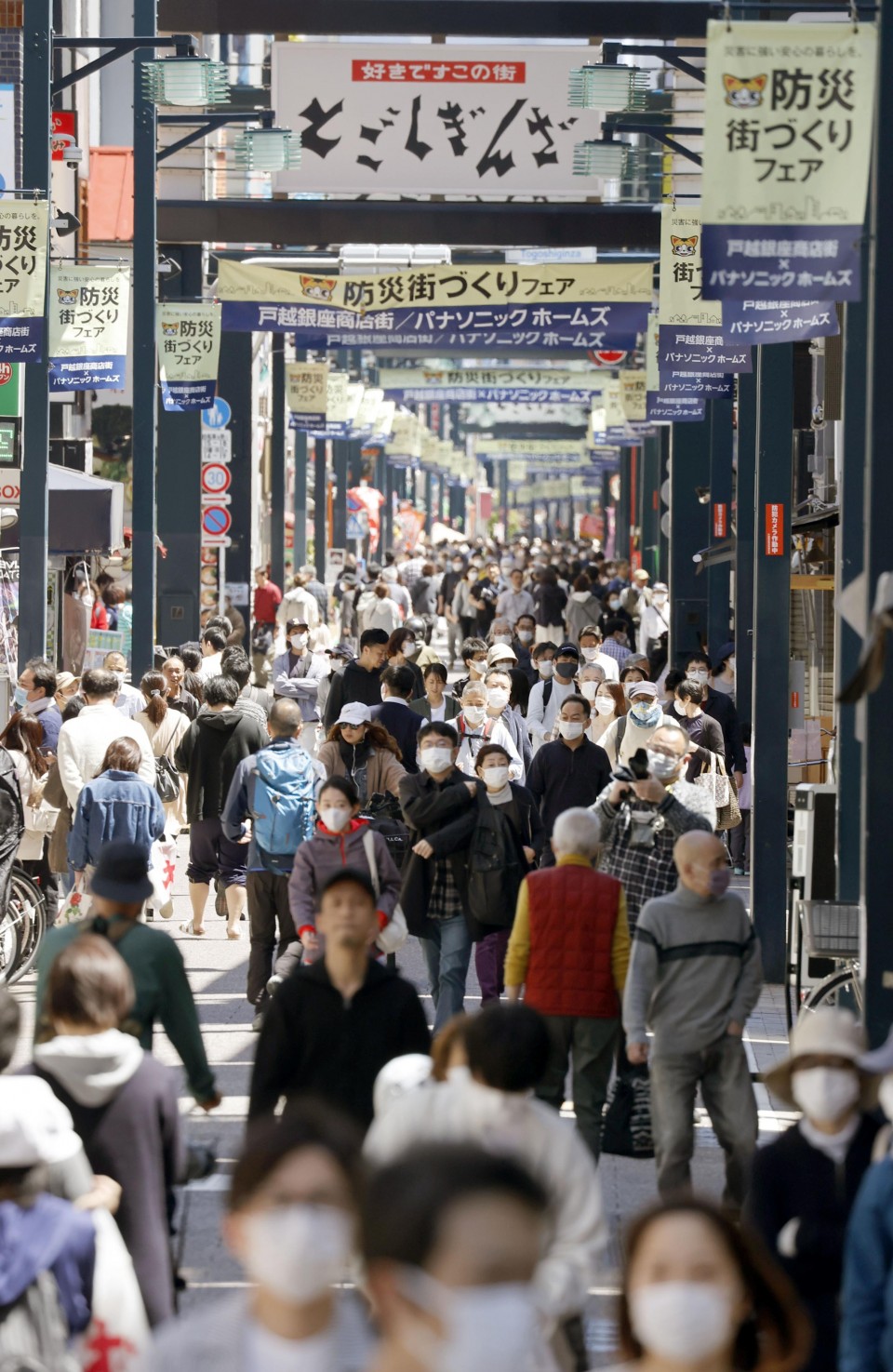 Alarmed by the crowds forming in parts of the capital, Tokyo Gov. Yuriko Koike urged the public in a video released Sunday to avoid gathering in groups, coming into close contact with others and going to closed environments.

"I would like to ask whole families not to go and buy daily necessities," she said.

However the request has often been ignored.

A 41-year-old man who came to shop with his family said, "We still need to buy food and sanitary goods. We wear masks and we try to keep our distance when we line up."

Meanwhile, owners of shops which have not been asked to shut under the state of emergency are struggling to contain the virus and still run their business.

A 42-year-old restaurant owner in Togoshi-Ginza said he is keeping his place open by "placing seats wider apart and increasing the ventilation."

Masahiro Tsuji, 64, who runs a greengrocery shop in the area, said while he wants to shut his shop "because I have a pre-existing condition, I have to stay open to pay the rent."