China on Thursday reported 139 new coronavirus infection cases for the mainland, most of them in the hard-hit province of Hubei, as the death toll reached over 3,000.

Wuhan, Hubei's provincial capital, accounted for 131 of the newly confirmed cases, showing the epidemic persists in the city from which the virus spread across China, amid optimism that the spread outside of Hubei may be coming under control.

Chinese President Xi Jinping stressed the importance of preventing the spread of the virus in the country's capital on Wednesday, warning of a rebound in the outbreak, state-run Xinhua News Agency reported. 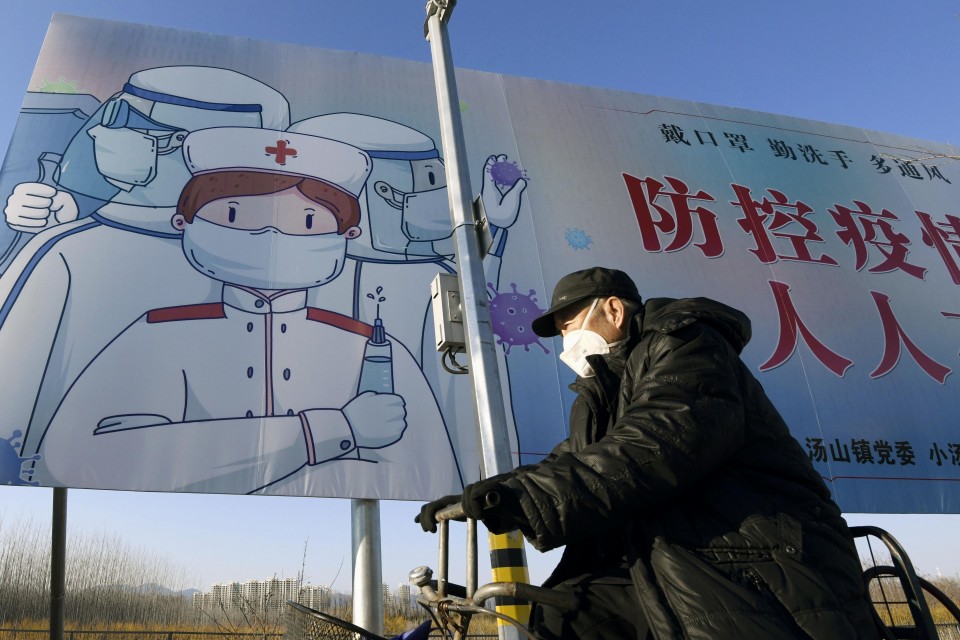 (Photo taken in Beijing on March 4, 2020, shows a man passing by a signboard calling on people to take preventive measures against coronavirus infections.)

The epidemic situation remains tough in Hubei and Wuhan, Xi said, adding that the risk of the outbreak is growing in other regions due to an increased movement of people.

Migrant workers who returned to their hometowns for the Lunar New Year holidays have been encouraged to return to work as restrictions on movements are eased in major cities.

The National Health Commission said the total number of confirmed infections reached 80,409, while the death toll rose by 31 to 3,012. All of the new deaths in the 24 hours through Wednesday occurred in Hubei, with 23 of them in Wuhan.

As the virus spreads around the world and as China becomes increasingly concerned about the possibility of another outbreak, the commission began reporting daily "imported cases" on Thursday.

The commission said two new such cases were confirmed in Zhejiang Province, south of Shanghai, taking the total number of imported cases to 20.

The nationwide virus numbers have been on a steady downward trend, with a total of over 52,000 COVID-19 patients discharged from hospitals after completing treatment, according to the health authorities.