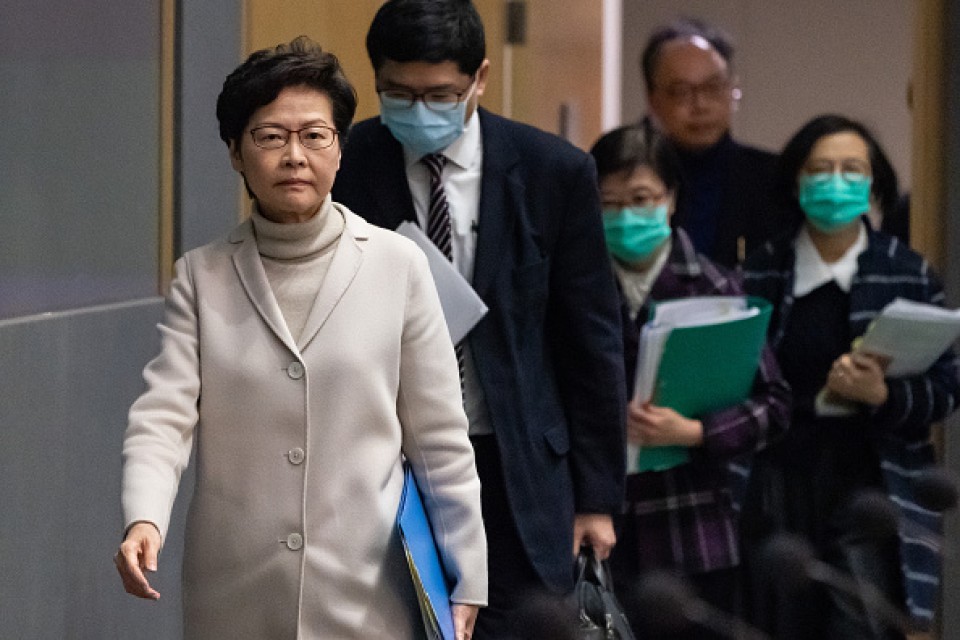 HONG KONG - Hong Kong will send four chartered flights this week to bring home 533 people stranded in China's Hubei Province, the epicenter of the new coronavirus outbreak that has been under lockdown since late January, the territory's leader said Tuesday.

Rejecting criticisms of inaction while foreign governments moved to evacuate their citizens from the worst-hit central province, Chief Executive Carrie Lam said the territory made arrangements to evacuate them as soon as conditions were met.

"We do not feel that we have delayed the return of Hong Kong people stranded in Hubei," Lam said at a regular press briefing.

"The Hong Kong government has immediately arranged to bring them back as soon as the conditions are ready," she said, adding that the province has set aside manpower and other resources to assist the evacuation.

Foreign countries including the United States, Canada, Japan and South Korea have evacuated their citizens on chartered flights from Wuhan and its surround region by early February, as commercial flights out of the capital of Hubei were suspended.

More than 3,800 Hong Kong people have remained in the province, according to Constitutional and Mainland Affairs Secretary Patrick Nip. Of the 533 evacuees, 440 are in Wuhan, while the rest are scattered around the province.

The evacuees will return on Wednesday and Thursday in batches.

Pregnant women, people with chronic illness or needing medical attention, and high school students scheduled for graduation examination will be among the first batch to be brought home.

Once they return, the evacuees are to undergo a 14-day quarantine at a public housing estate in the Fo Tan district in the New Territories.