A day after it became known that 25-year-old pitcher Fujinami tested positive for the virus, the infections of outfielder Ito and catcher Nagasaka, two teammates he was known to have dined with, were also announced.

The three are the first professional baseball players in Japan to publicly announce they have tested positive for the pneumonia-causing virus.

The Tigers announced the cases in a statement on their official website. Club officials said Nagasaka has already been hospitalized while the other two are preparing to be admitted.

After their positive tests on Thursday, the team moved fast to identify those that the three came into close contact with.

Fujinami had reported losing his sense of smell, although he exhibited no other symptoms such as coughing or fever. Doctors believe that anosmia, or the loss of smell, and loss of taste are symptoms of coronavirus. 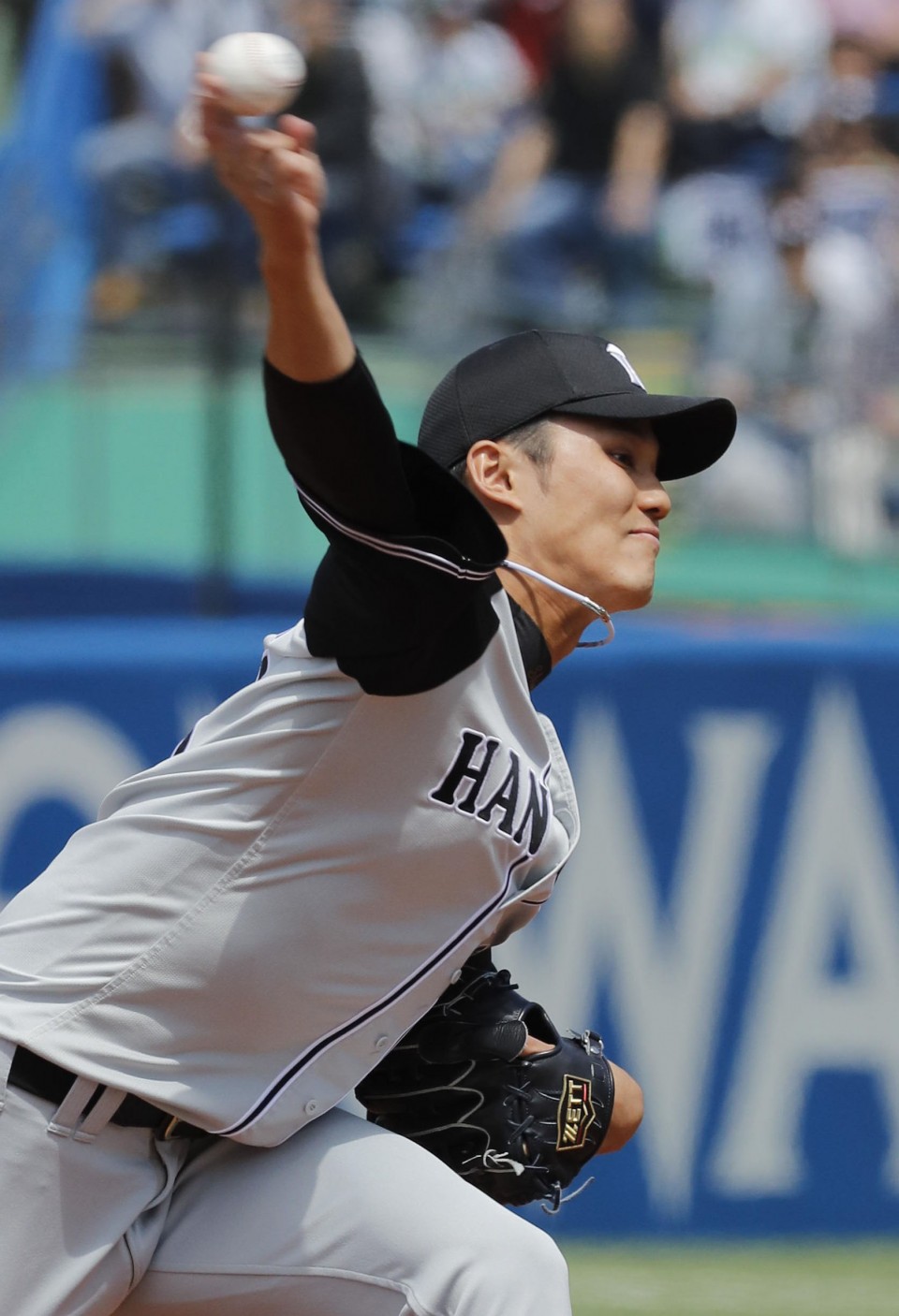 Fujinami was examined at a hospital in Hyogo Prefecture on Tuesday and Wednesday, and a doctor recommended he undergo a test for the coronavirus.

"We are truly sorry to all fans and officials who are looking forward to the opening of the official pro baseball season for the anxiety and worry we have caused," Ageshio said.

The Nippon Professional Baseball, which was due to start on March 20, has set April 24 as its opening day goal for the 2020 season.

"We do not plan to reconsider the date because of this," said NPB Secretary General Atsushi Ihara. "We are still aiming for April 24."

The Tigers canceled Thursday's farm team practice game against the SoftBank Hawks at Naruohama Stadium in Nishinomiya, and had their home park, Koshien Stadium, and other facilities disinfected.

None of the three infected players is known to have come into close contact with players or staff from the Hawks.

The Central League club has ordered all of its players and staff to self-quarantine, and has suspended all practice through April 1.

On March 18, the 12 NPB clubs agreed to announce when players or team staff underwent testing for the coronavirus.