The Spring Grand Sumo Tournament, set to open next weekend, will be held behind closed doors for the first time in history due to the ongoing coronavirus crisis, the sport's governing body said Sunday.

The Japan Sumo Association's board of directors made the decision in an extraordinary session in Osaka. Having already ruled out the possibility of staging the 15-day meet under normal conditions, the JSA weighed whether to hold the event at Edion Arena Osaka behind closed doors or call it off completely.

While grand sumo tournaments have been canceled twice in the past, JSA Chairman Hakkaku said the directors agreed to go forward for the fans -- even if people would not be able to attend.

"To those many who were looking forward to this, we are sorry for this huge inconvenience," Hakkaku said. "There were various viewpoints, but there was an absolute desire to hold it for the sake of the fans." 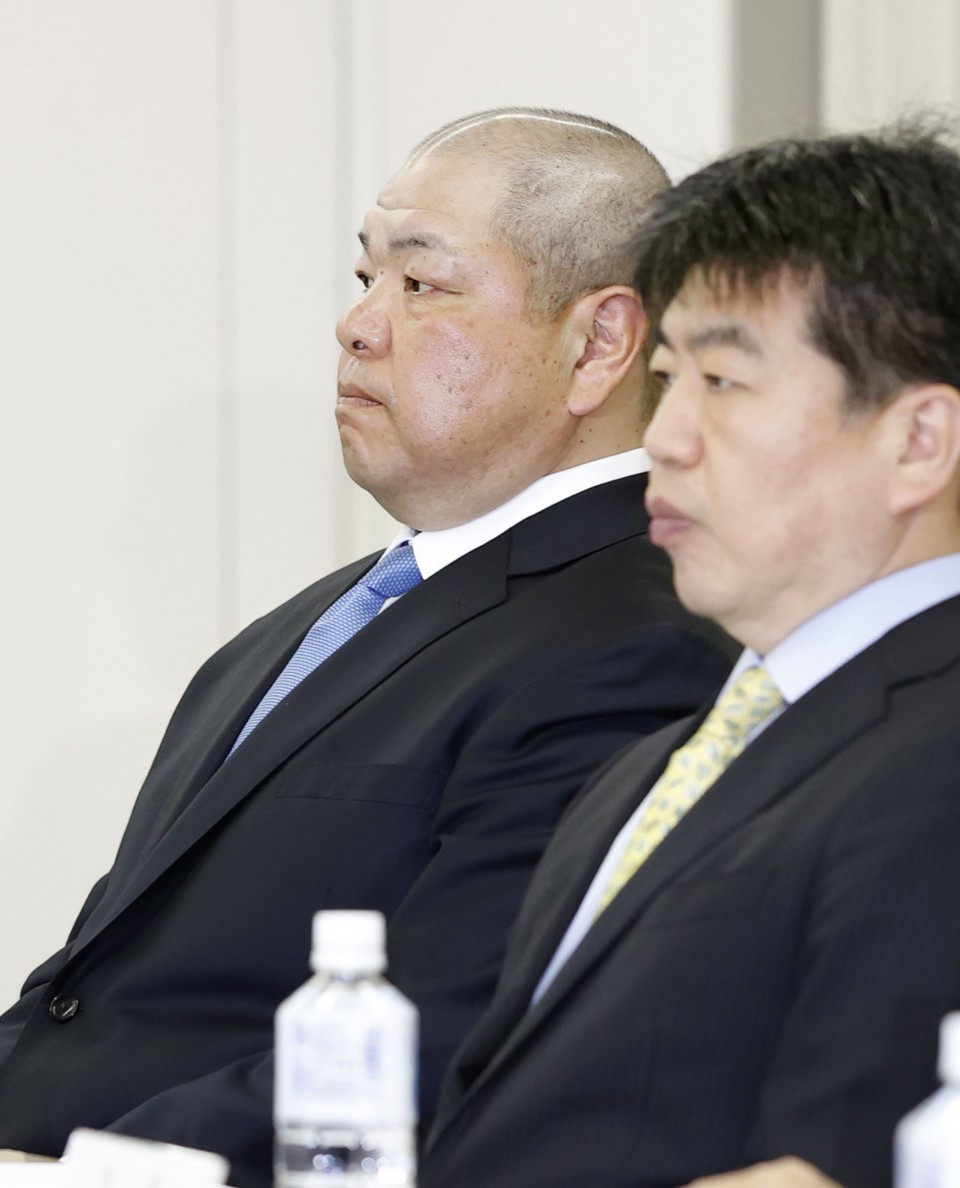 (Hakkaku (L), chairman of the Japan Sumo Association, attends a board meeting in Osaka on March 1, 2020)

"It's going to be very hard for the wrestlers, but they will need to maintain strong wills."

When the tournament opens, the spotlight is set to fall on sekiwake Asanoyama. A good performance in Osaka could earn him promotion to ozeki, the sport's second-highest rank.

"Because there will be no fans, I can't picture it in my head," he said. "But because I believe people will be cheering me on from in front of their TVs, I have to go forward with confidence."

The meet will be televised on Japanese public broadcaster NHK, but the tournament will be canceled if a wrestler is found to have contracted the virus, according to Hakkaku.

The move came after the Japanese government's request on Wednesday to operators of sports and entertainment venues to consider canceling or postponing mass gatherings to help prevent the spread of the new coronavirus.

Sumo's grand tournaments are held every two months. Due to the difficulty of finding a venue and a schedule suitable for all of those involved, the JSA had said it was impossible to postpone the spring tournament, the second meet of this year.

Several other Japanese sporting bodies have taken measures for the coming weeks to mitigate the spread of the virus, which has resulted in over 900 cases of infection in Japan, many linked to a quarantined cruise ship docked in Yokohama.

Japan's professional soccer establishment, the J-League, has suspended all of its games until March 15. Japan Rugby Top League has also postponed 16 matches, while Nippon Professional Baseball has been holding preseason games behind closed doors.

The most recent sumo grand tourney cancelation was in March 2011 in the wake of a match-fixing scandal. The summer meet of 1946 was scrapped due to a delay in renovation work at Ryogoku Kokugikan in Tokyo, which had been damaged during World War II.

A June 1945 meet during the war was closed to the general public, while injured war veterans were among those invited to attend.