Grand champion Hakuho remains the only undefeated wrestler after capturing his ninth straight win at the Spring Grand Sumo Tournament on Monday, though the meet's continuation was called into question after a fever-stricken wrestler was compelled to undergo a test for the new coronavirus.

Hakuho had little trouble dispatching No. 5 maegashira Ryuden (4-5) on Day 9 of the event being held behind closed doors at Edion Arena Osaka as an emergency measure by the Japan Sumo Association in response to the coronavirus outbreak. 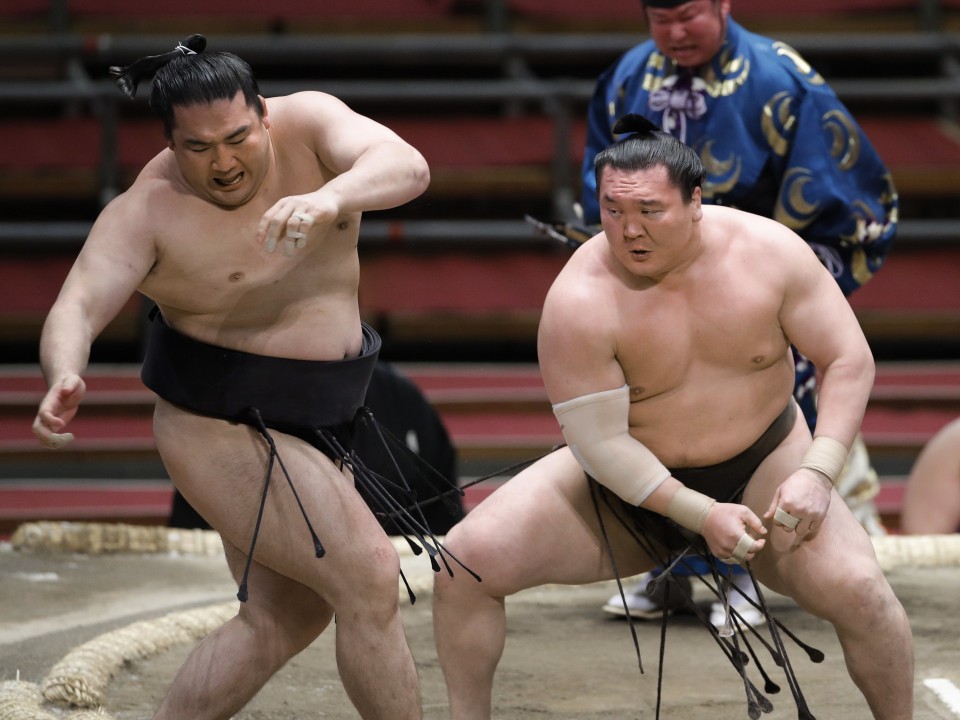 No. 15 Chiyomaru, who pulled out with a fever a day earlier, recorded a temperature of over 37.5 C for at least two straight days and consented to be tested for the virus.

According to the JSA's crisis management director, Chiyomaru's temperature rose to 40 C on Monday morning and the 28-year-old was taken to a city hospital, where he was told his fever was likely caused by a bacterial skin infection.

His Kokonoe stablemaster, however, advised Chiyomaru to undergo a test to check for coronavirus infection as a precautionary measure. An X-ray test of Chiyomaru's chest was normal.

The JSA made the unprecedented decision to hold the 15-day tournament in Osaka without spectators on the understanding it would immediately cancel the meet should a wrestler or association member test positive for the virus.

Chiyomaru is being quarantined at his stable's lodgings in Osaka's Sumiyoshi Ward. No anomalies have been reported among the other wrestlers from his stable.

In other Day 9 bouts, the two men on Hakuho's heels each earned their eighth victories of the meet to remain one win off the pace. No. 13 Aoiyama steamrolled No. 11 Chiyotairyu (6-3), while No. 9 Takanosho turned No. 7 Tamawashi (2-7) around and pushed him out.

Yokozuna Kakuryu survived a slapping attack from No. 4 Abi (4-5) and headlines a group of five wrestlers tied at 7-2. Abi failed to land a crucial shove on the ropes and overstepped as Kakuryu pounced on the chance to push his opponent out from behind.

Ozeki hopeful Asanoyama (7-2) prevailed in a sekiwake showdown with Shodai (4-5) to remain on track for a promotion. Shodai denied his colleague a belt hold and took Asanoyama back, but Asanoyama recovered and drove his opponent over the straw. 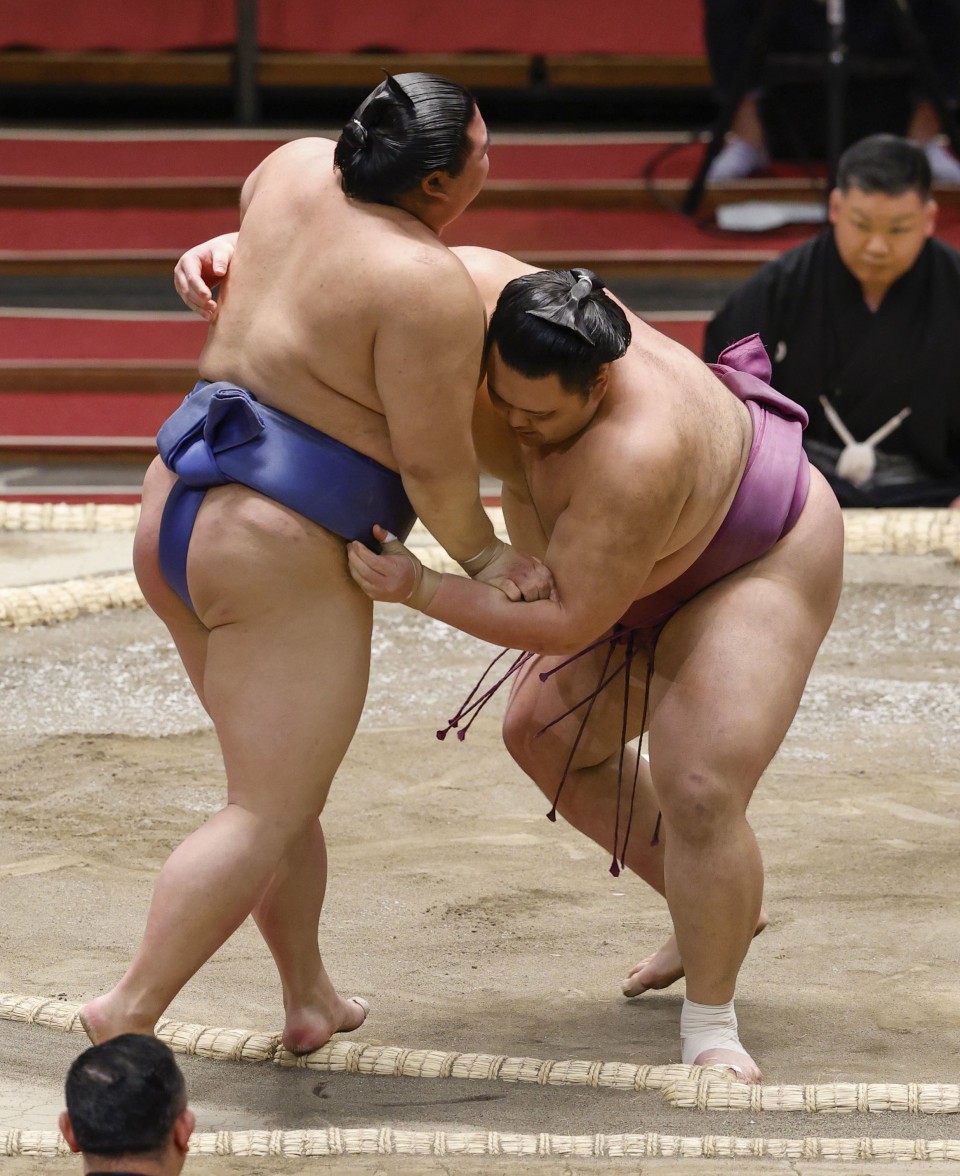 Asanoyama needs to secure at least 12 wins here to meet one of the benchmarks for advancement to sumo's second-highest rank.

Takakeisho (5-4), the only ozeki on the banzuke, was defeated by No. 3 Yutakayama (4-5). Takakeisho drove Yutakayama to the edge after a hard initial hit, but Yutakayama held his ground and nudged the ozeki out after pushing him off balance.