The new building for Harajuku Station on Tokyo's busy Yamanote loop line opened Saturday in the capital's pop-culture hub, with many visitors sporting face masks amid a coronavirus pandemic gripping the world.

The new station building, located south of the original wooden one, is a two-story structure that straddles the train tracks and has exits facing the sedate precincts of Meiji Jingu shrine and the upscale Omotesando avenue.

Glass walls for the concourse allow for plenty of sunlight and give the building a bright, modern feel. The interior features tiled floors, and a clear view of the old station and the tracks.

A NewDays convenience store on the first floor, and a Sarutahiko Coffee cafe on the second floor, also commenced business with the new station's opening. 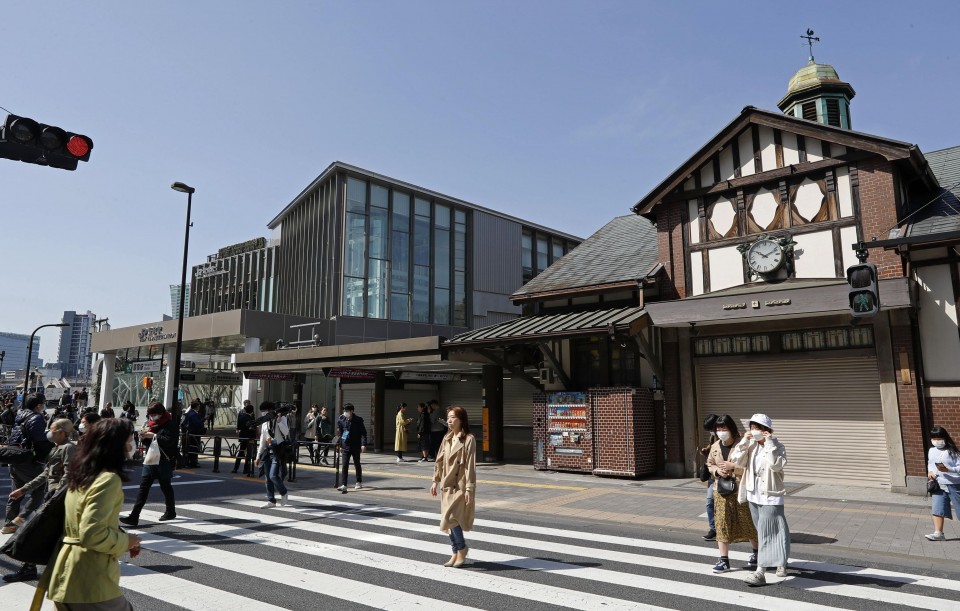 "I think it's nice," said Unjiro Hatano, 82, who had just exited the ticket gates with his 80-year-old wife Rieko.

Living in nearby Yoyogi, the elderly couple walk pass the station every day, Rieko said. "Each time I wondered when it would be completed," she said, adding that she was glad that the nostalgic old station would retain its form even when "remade."

The old Western-style wooden station building, which was constructed nearly 100 years ago, will be dismantled following the Tokyo Olympic and Paralympic Games due to its narrow shape and failure to meet fireproof standards. But elements of its design will be incorporated in a new nearby commercial building separate from the new station.

Harajuku Station began operating in 1906 with the wooden building completed in 1924 to accommodate visitors to Meiji Jingu shrine, which was built four years earlier, according to JR East. 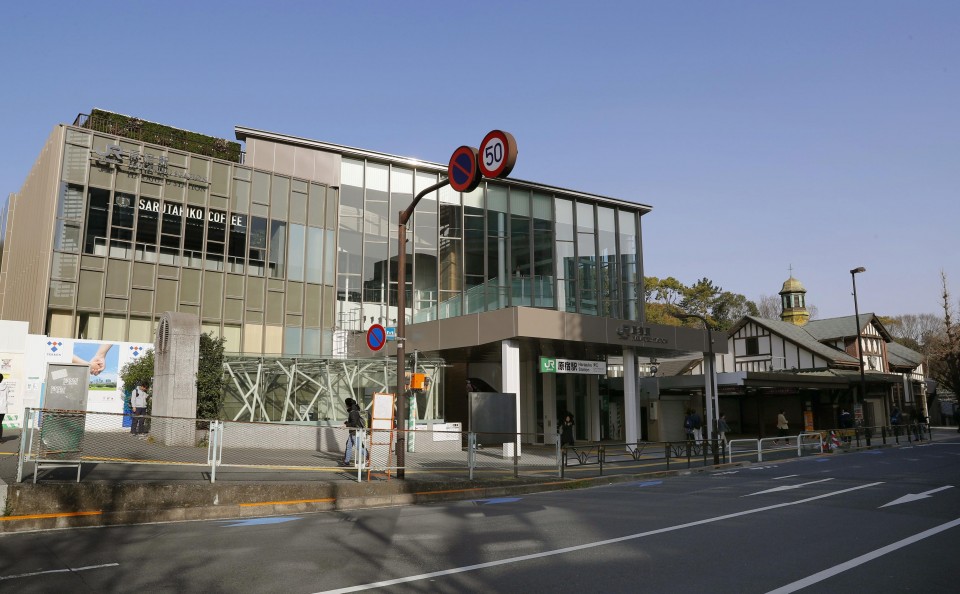 "(The new building) is clean, but I also feel the old one was good just as it was," said a 20-year-old university student from Saitama who was waiting for her friend inside the new building.

Sorato Ishikawa, a high school student taking photos of the new station outside, agreed that it had a cleaner feel.

"The old station has been around for a while, so it was quite dirty," the 18-year-old said. "But I was happy to use either one," he added.

Harajuku Station is a gateway to one of the capital's centers for youth culture and street fashion, clustered around the nearby bustling Takeshita shopping street and Omotesando, as well as to Meiji Jingu shrine, a major tourist site.

Pedestrian access from the exit facing Takeshita Street from the old station remains unchanged even following the opening of the new station.

"With Harajuku," a new shopping complex located across the street from the station, is set to open on April 25. It will house the first city-style Ikea furniture store, as well as a Uniqlo shop, among other popular brands. 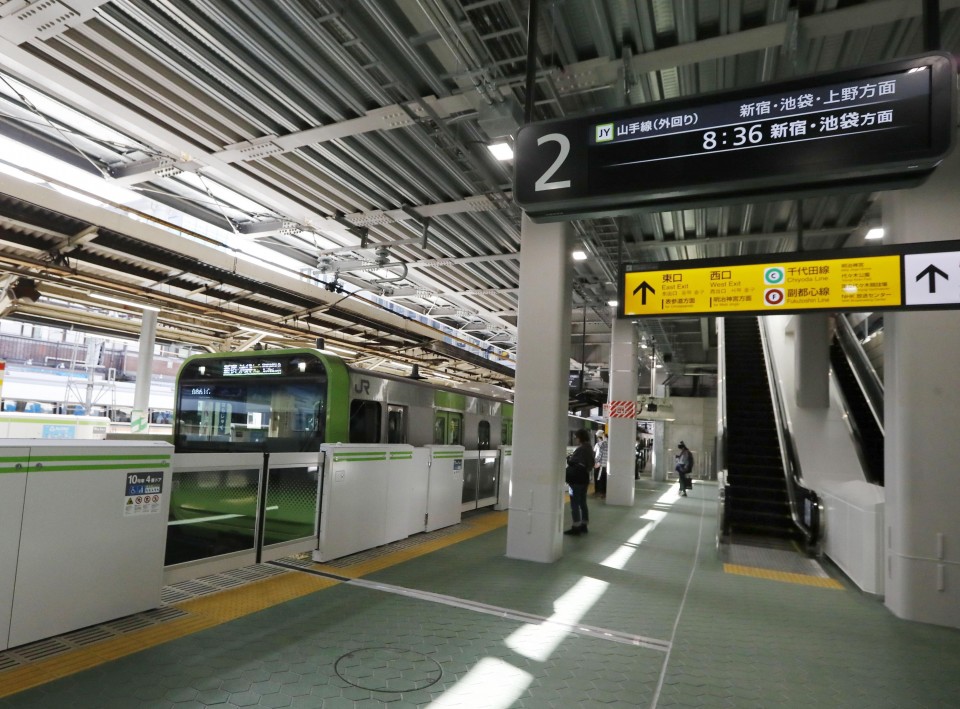