Tokyo Gov. Yuriko Koike requested on Wednesday that residents refrain from going outside this weekend for nonessential reasons due to concerns over a sharp rise in the number of coronavirus infections in the Japanese capital.

The metropolitan government confirmed 41 cases the same day, more than double its previous daily record of 17 the day before. On Tuesday, Tokyo overtook the country's northern main island of Hokkaido as the prefecture with the most infections.

Koike said at a press conference that Tokyo is facing an "important phase in preventing an explosive rise in the number of infections."

She also called on Tokyo residents to work at home on weekdays and avoid going out at night as much as possible.

As for the possibility of announcing a citywide lockdown, Koike said now is not the time for it but she will make a decision if necessary based on advice from health experts. 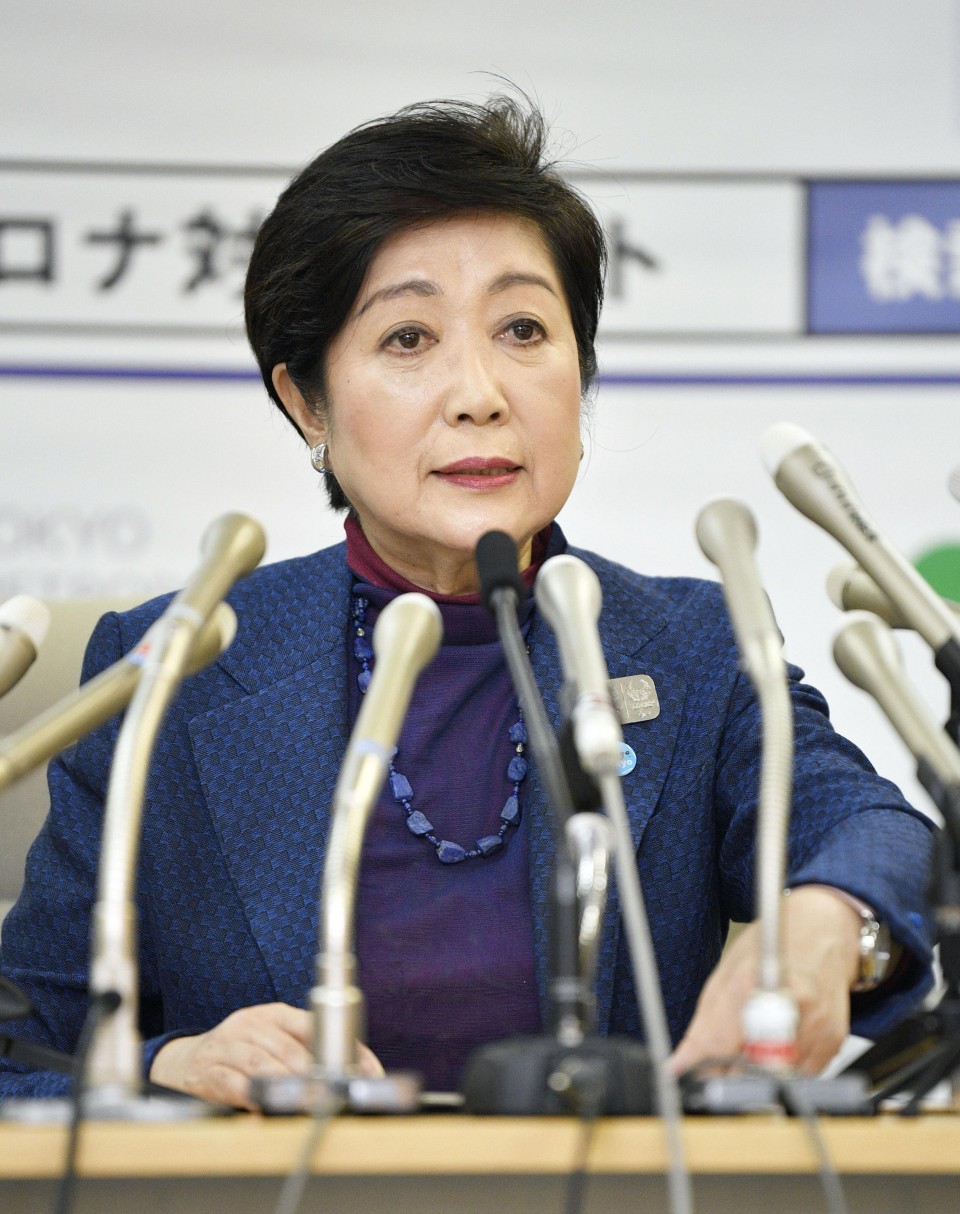 Koike said Monday that like other major cities in the world, Tokyo could go into lockdown if all steps fail to slow the spread of the virus.

The requests from the governor came a day after the global coronavirus pandemic led to the decision to postpone this summer's Tokyo Olympics and Paralympics until next year.

In a related development, the Japanese government on Wednesday advised citizens to refrain from all nonessential overseas travel as the coronavirus continues to spread.

The Foreign Ministry raised its travel advisory for the rest of the world to Level 2 on its scale of four, the broadest warning it has ever issued, citing the risk of tightened border controls and lockdowns being imposed in many world cities and a reduction in the number of international flights.

Among Japan's 47 prefectures, it is the first time that more than 40 cases have been reported in one day, according to a Kyodo News tally.

Of the 41 cases confirmed in Tokyo, five had overseas travel records and more than 10 patients are with unclear routes of infection, according to the metropolitan government.

So far, 212 people have tested positive for the virus in Tokyo, raising the number of domestic cases to over 2,000, including about 700 from the Diamond Princess, a cruise ship that was quarantined near Tokyo in February.

The number of people with the coronavirus who have died in Japan stands at 54. 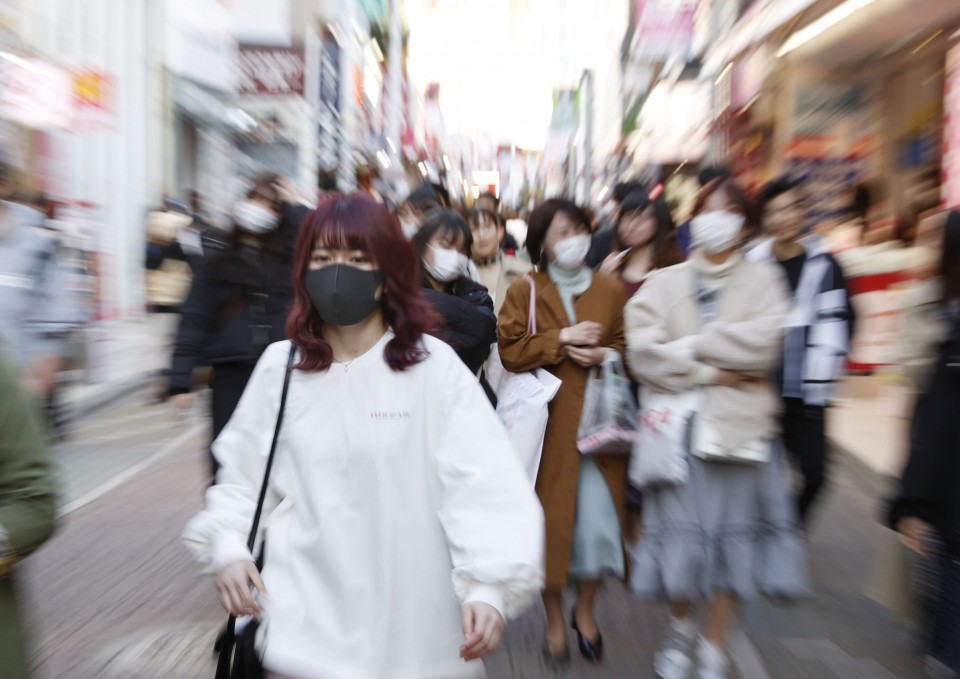 While some Tokyoites were unhappy with the requests, saying they start to feel suffocated by staying home all the time, Takanobu Maeda, a 35-year-old company employee, praised Koike for making the right judgement in the wake of the sharp increase and added, "Compared with the situation abroad, Japan's is still under control. I hope that infections will not spread further."

Takako Morimoto, 73, who runs an "izakaya" or Japanese-style pub in the capital's Yurakucho area, said she is worried about how many more customers she may lose, given that the number has already dropped to about one-tenth of that before the virus broke out late last year in China.

The number of confirmed cases in Tokyo has nearly doubled in one week. As of March 18, 111 cases had been reported.

Until mid-March, Tokyo's infections were lower than Hokkaido and Aichi and Osaka prefectures, where "clusters" or groups of infections have been reported, but the capital has since seen a steady increase of about a dozen cases daily.

The health ministry estimates the number of cases in Tokyo could rise to about 530 by April 8.

"We've entered the second wave of infections which completely differs from January through February," a team at the ministry dealing with clusters said in a report submitted to the metropolitan government.

Hokkaido, where a state of emergency declared in February was lifted last week, reported four new cases Wednesday, bringing the total to 167. The death toll there was raised to seven after an elderly man with the virus died.