More office workers in Tokyo shifted to teleworking while many people stocked up on daily necessities Thursday after Tokyo Gov. Yuriko Koike requested the capital's residents to avoid nonessential outings in the wake of a spike in the number of new coronavirus infections.

Three neighboring prefectures, Saitama, Chiba and Kanagawa as well as some other nearby prefectures, asked their residents to hold off on visiting the capital or even going out, unless necessary, following Koike's request to some 14 million residents of Tokyo to work at home on weekdays and avoid all nonessential outings over the weekend.

Hitachi Ltd. said Thursday it has introduced teleworking for 50,000 employees of its group companies working in Tokyo. Japan Display Inc., a display supplier for Apple Inc., has also decided to make its roughly 250 workers at its head office building in Tokyo's Minato Ward work from home.

Messaging app provider Line Corp. also instructed its employees to work from home as much as possible.

"The governor's remarks were serious," a 41-year-old company manager from Yokohama told Kyodo News near Tokyo Station as he was heading to his office.

He said that although he had to come to the office Thursday, no other employees were doing so as his company has decided to fully implement teleworking.

A recent survey by the Japan Business Federation found 68.6 percent of nearly 400 member companies have introduced telework or are scheduled to introduce it due to the coronavirus outbreak. The survey was conducted between Feb. 28 and March 4 on some 1,400 members of the organization also known as Keidanren, of which 398 gave valid responses.

People lined up in front of a drugstore in Tokyo's Chuo Ward to purchase sanitary goods and food, and masks were sold out in less than five minutes after the store opened at 8 a.m. 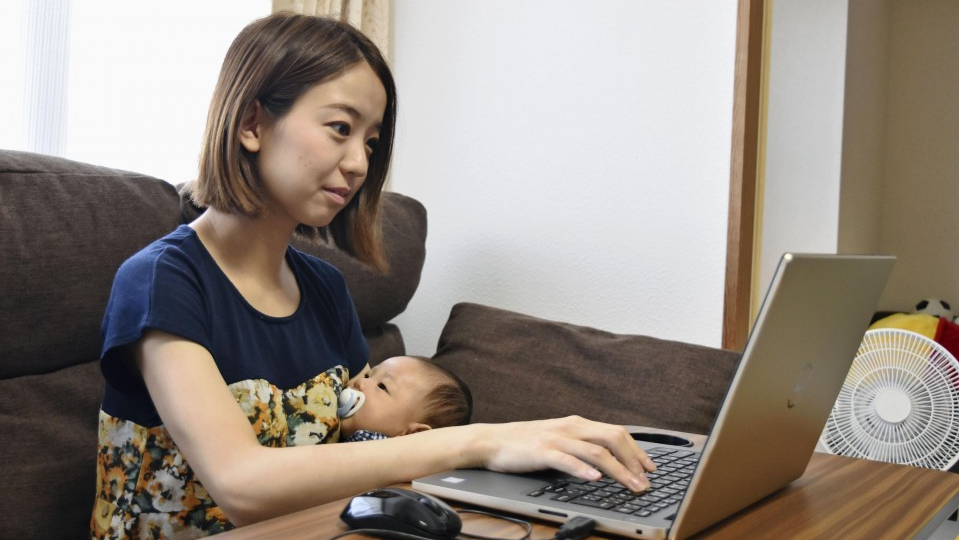 A 27-year-old woman said she made the stop to buy instant noodles and sanitary goods before going to work as she was asked to do so by her mother, who lives elsewhere.

"I have no time to go make purchases while I'm working. I was able to get enough food to live on for a while," the woman said.

A supermarket in the same ward was also crowded with people, and there were empty spaces on the bread and noodle shelves.

"We're very busy from the morning," said a female worker at the store.

The Tokyo governor made the request as the metropolitan government confirmed the number of daily infections Wednesday more than doubled from the previous daily record to 41.

The surge in the figure led Koike to say Tokyo is facing an "important phase in preventing an explosive rise in the number of infections." She also asked people to avoid going out at night as much as possible.

Tochigi Gov. Tomikazu Fukuda requested residents to refrain from visiting Tokyo, saying it would be illogical to go to the capital when the locals are being asked to stay home. Chiba and Gunma made the same request to their residents.