President Donald Trump on Friday signed into a law a $2 trillion relief package, the largest in U.S. history, to mitigate the economic impact of the coronavirus pandemic through direct cash payments to households and assistance to battered industries.

The $2.2 trillion stimulus amounts to roughly 10 percent of the gross domestic product of the world's largest economy, which experts say has already fallen into a recession as economic activities are grinding to halt in an effort to slow the spread of the virus.

"This will deliver urgently needed relief to our nation's families, workers and businesses," Trump said as he signed the stimulus bill that passed Congress earlier in the day. 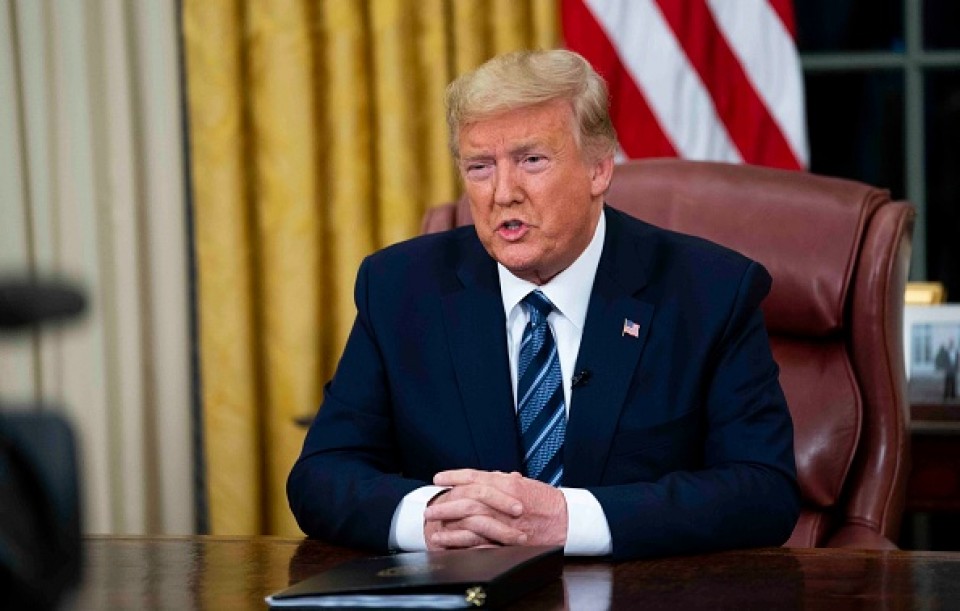 The new law offers one-time direct payments of $1,200 to each adult, with additional payments of $500 per child. Payment amounts will be scaled down depending on individual earnings.

The abrupt curtailment of social and business activities across the country is feared to trigger massive layoffs, with a record high 3.3 million workers already applying for unemployment benefits last week.

Trump, facing an increasing challenge to overcome the virus crisis ahead of the November presidential election, has said he hopes to get the country "back to work" by mid-April, even as the virus continues to surge and the United States now leads the world in confirmed coronavirus cases.

The number of infection cases in the country has passed the 100,000 line, with more than 1,500 fatalities reported, according to a tally by Johns Hopkins University researchers.

With the help of the stimulus package, Trump said Friday that he is expecting a strong recovery toward the end of the year once the country rides out the health crisis.

"I think we're going to have a rebound like we have never seen before," he said.

The passage of the stimulus bill comes as the Federal Reserve's emergency monetary easing steps have done little to calm financial markets, which have been roiled by the virus scare for weeks.

Under the bill, the Fed can leverage funds of more than $4 trillion in financial support during the ongoing disaster, according to the White House.

Former President Barack Obama responded to the 2008 global financial crisis by coming up with an economic package of around $800 billion in February 2009.