An operator of a restaurant cruise ship in Kobe in western Japan said Monday it has filed for bankruptcy after being hit by a series of cancellations since January due to the new coronavirus outbreak.

Luminous Cruising Co.'s debts amounted to some 1.24 billion yen ($11 million), according to credit research firm Teikoku Databank, adding it is the first time that a cruise ship operator has gone bankrupt due to the fast-spreading virus.

More than 950 infections have been confirmed in Japan, including over 700 people who were aboard the Diamond Princess cruise ship docked near Tokyo. Of the 12 deaths in the country, six were related to the cruise ship. 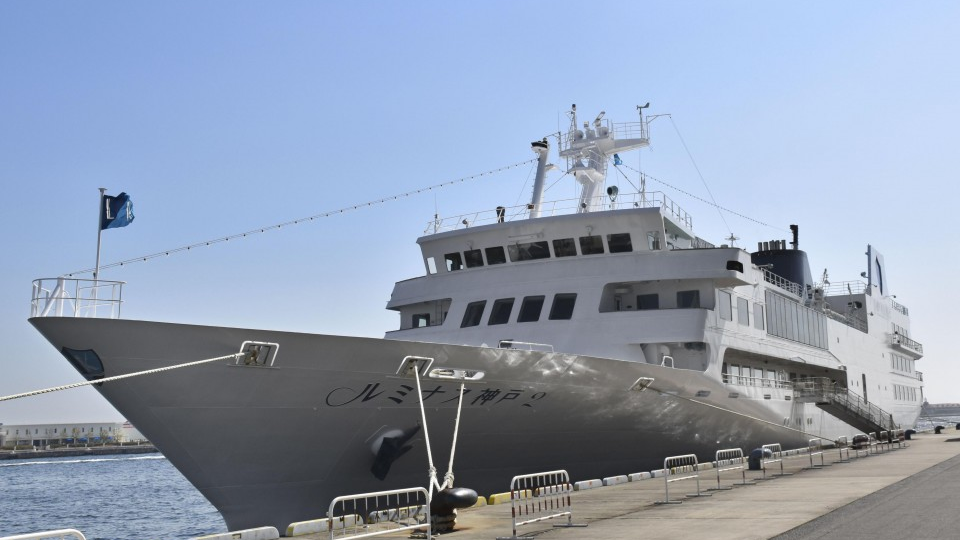 The company operated the ship Luminous Kobe 2, one of the largest restaurant cruise ships in Japan that offered daytime and nighttime cruises to up to 1,000 passengers around the port of Kobe with views of the city, Kobe airport, Mt. Rokko and the Akashi-Kaikyo Bridge, the world's longest suspension bridge.

The Kobe District Court accepted the company's application for bankruptcy protection under the civil rehabilitation law on Monday, it said. A parent company of the firm operating the cruise ship the Concerto will help Luminous Cruising's rehabilitation efforts.

The Luminous Kobe 2's operations will be closed for the time being from Monday, Luminous Cruising said. Passengers who have made reservations for the ship can transfer to the Concerto.

Luminous Cruising was already hit by rises in fuel costs and past cancellations caused by a series of natural disasters since 2018, such as a major earthquake and a series of typhoons.

The new coronavirus, which causes the disease officially known as COVID-19, has dealt a blow to the tourism sector across Japan, particularly since China, where the virus originated, banned all group travel to other nations in late January.

The Japanese government's request last Wednesday to cancel or postpone big events for two weeks to curb the spread of the virus has also led to closures of theme parks, stadiums and other venues that attract mass gatherings, while more people are opting to stay indoors.