Japanese athletes affected by the overnight announcement of the Olympics and Paralympics being postponed until next year have overwhelmingly voiced their support for the news.

The International Olympic Committee and event organizers announced late Tuesday evening this year's Tokyo Games will be moved to next year due to the coronavirus pandemic currently facing the world.

"It's a bit of a relief that it wasn't a cancellation, and I think postponing turned out to be a good solution for all players. I'm really happy the Olympics will still happen in Tokyo in 2021," tennis star Kei Nishikori said in a video message on his official app.

Washington Wizards forward and Japan national basketball team star Rui Hachimura posted on his Instagram account that it was best to move forward only after the current crisis is resolved.

"The world is facing a very difficult challenge and everyone's focus needs to be on health and safety...I believe it will be an even greater celebration of both sport and life in my home country after the world overcomes this pandemic," said Hachimura, who last year became the first Japanese player to be taken in the first round of the National Basketball Association's draft.

"It was a sudden announcement and I was surprised," said sprinter Abdul Hakim Sani Brown. "For me personally, all I've got to do is do what I can now to get myself in ideal shape for 2021." 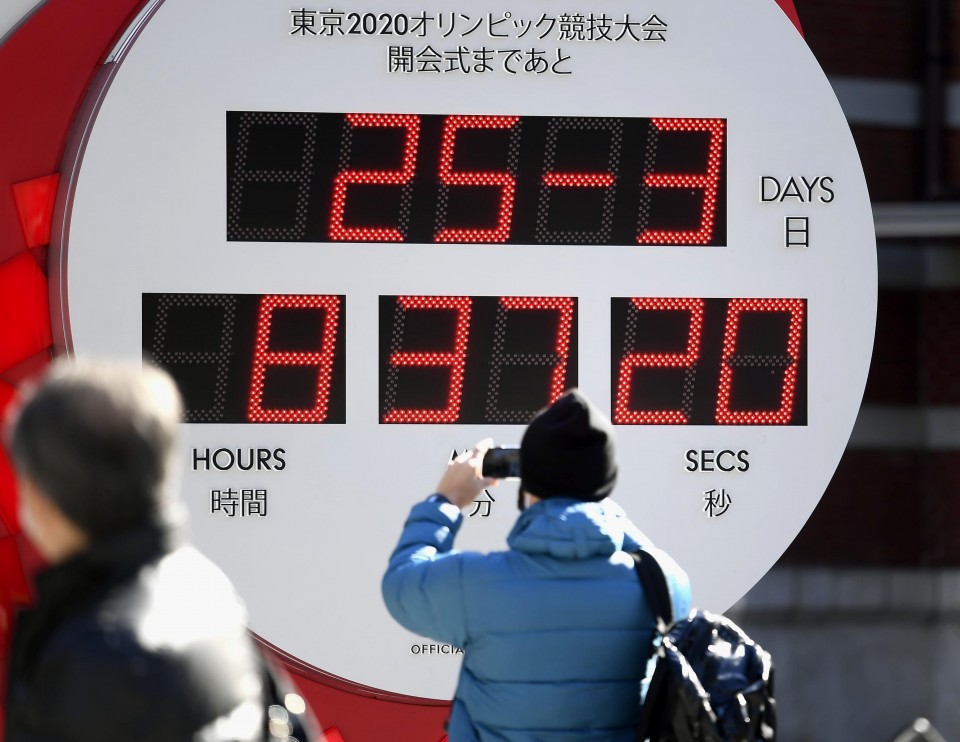 Aaron Wolf, a judoka with an American father and Japanese mother, said he would try to pivot toward a new competition date like a lot of other athletes throughout the world whose training plans have been halted for reasons beyond anyone's control.

In many countries, government lockdowns to control the pandemic have shut down qualifying tournaments, closed training facilities and kept athletes sequestered at home.

"I'm grateful because I wanted them to give us an answer sooner than later. Now I can start planning so this is more good (than bad). I'll work toward my extended deadline," Wolf said.

PSV Eindhoven midfielder Ritsu Doan admitted he was surprised with the news, but he said "at the same time, now I can set a new one-year deadline to achieve my goals so I'm looking at it positively."

While most athletes respected the IOC's decision to put their health and safety first, there were others who were not so thrilled, with one Japanese swimmer, an Olympic hopeful, saying frankly he didn't think he could stay motivated for another year.

"It's not going to be easy dealing with this," women's sport climber Akiyo Noguchi said. "I'll use this time to grow mentally and physically, so that I can become someone who can help build excitement for the games."

On Wednesday, Japanese Olympic Committee president Yasuhiro Yamashita expressed sympathy for the athletes who have been striving to make the Olympics over the past four years and asked them to accept the IOC's "agonizing decision."

"I'm sure it's going to be difficult to shift gears, but I hope they can reset their minds and prepare fully for 2021," said Yamashita, a former judoka and 1984 Los Angeles Games gold medalist.

Olympic Village mayor Saburo Kawabuchi tweeted, "I'm relieved that a decision has been made on the one-year postponement of the Olympics. I think the decision was inevitable, considering that we can't foresee what kind of impact the coronavirus will have on the world."