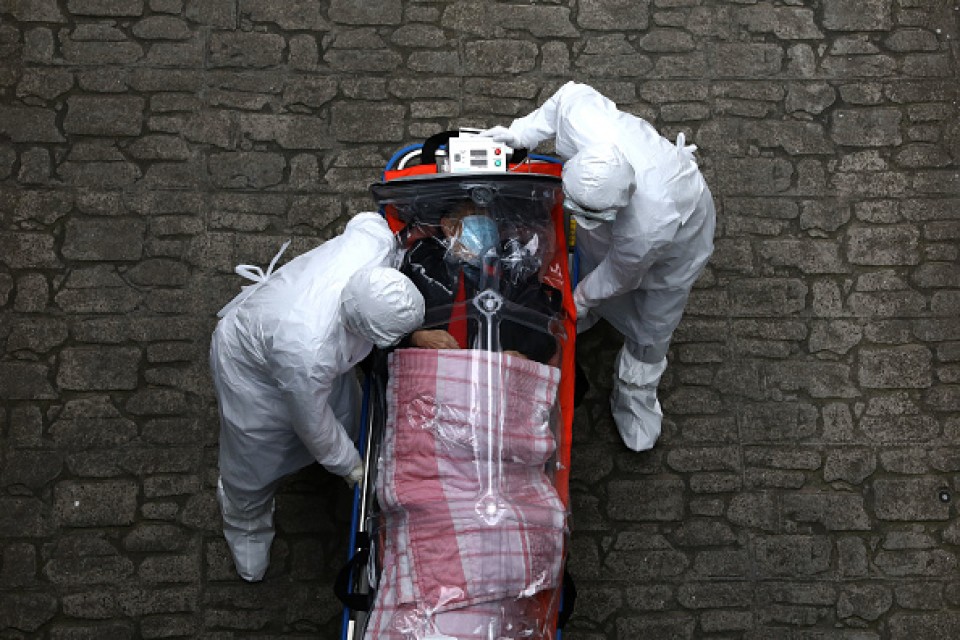 (Medical staff, wearing protective gear, move a patient infected with the coronavirus from an ambulance to a hospital on March 09, 2020 in Seoul, South Korea.)[Getty/Kyodo]

An additional 90 people have been found to be infected with the new coronavirus in a cluster traced to a call center in Seoul, the South Korean capital's mayor said Wednesday.

"It is the biggest cluster infection that has occurred in Seoul," Park Won Soon said in a radio interview, one day after the country's health authorities reported 50 infections in the cluster.

The new number reflects the results of tests conducted on 207 people who worked on the same floor of a building that houses an insurance company call center, as well as on their family members.

More infection cases are likely to be found as several hundred people worked at the call center.

The mayor said the 90 new cases will be tallied depending on where the patients live, such as 62 in Seoul.

So far the vast majority of infections with the pneumonia-causing virus in the country have focused on the southeastern city of Daegu and its surrounding province.

NYC suburb to be locked down to contain coronavirus

But the emergence of what is so far the largest cluster in the capital has spurred concerns about mass transmission in the city.

Park said two call center workers were found to be members of a minor Christian sect to which most of the cases from Daegu were linked, but that they tested negative.

The death toll rose six to 60, while 288 patients have been discharged from hospital after recovering from the respiratory disease known as COVID-19.