Starting midnight Thursday, those who have been to any of the 21 countries including Italy and Germany within 14 days of arriving in Japan will be turned away.

Japan has already closed its doors to foreign travelers from parts of China and South Korea, which had initially been hardest hit by the outbreak of COVID-19.

Speaking at a meeting of the newly created national headquarters on the coronavirus response, Abe also said Japan will begin asking visitors and its nationals arriving from some countries in Southeast Asia, the Middle East and Africa to self-quarantine for 14 days. 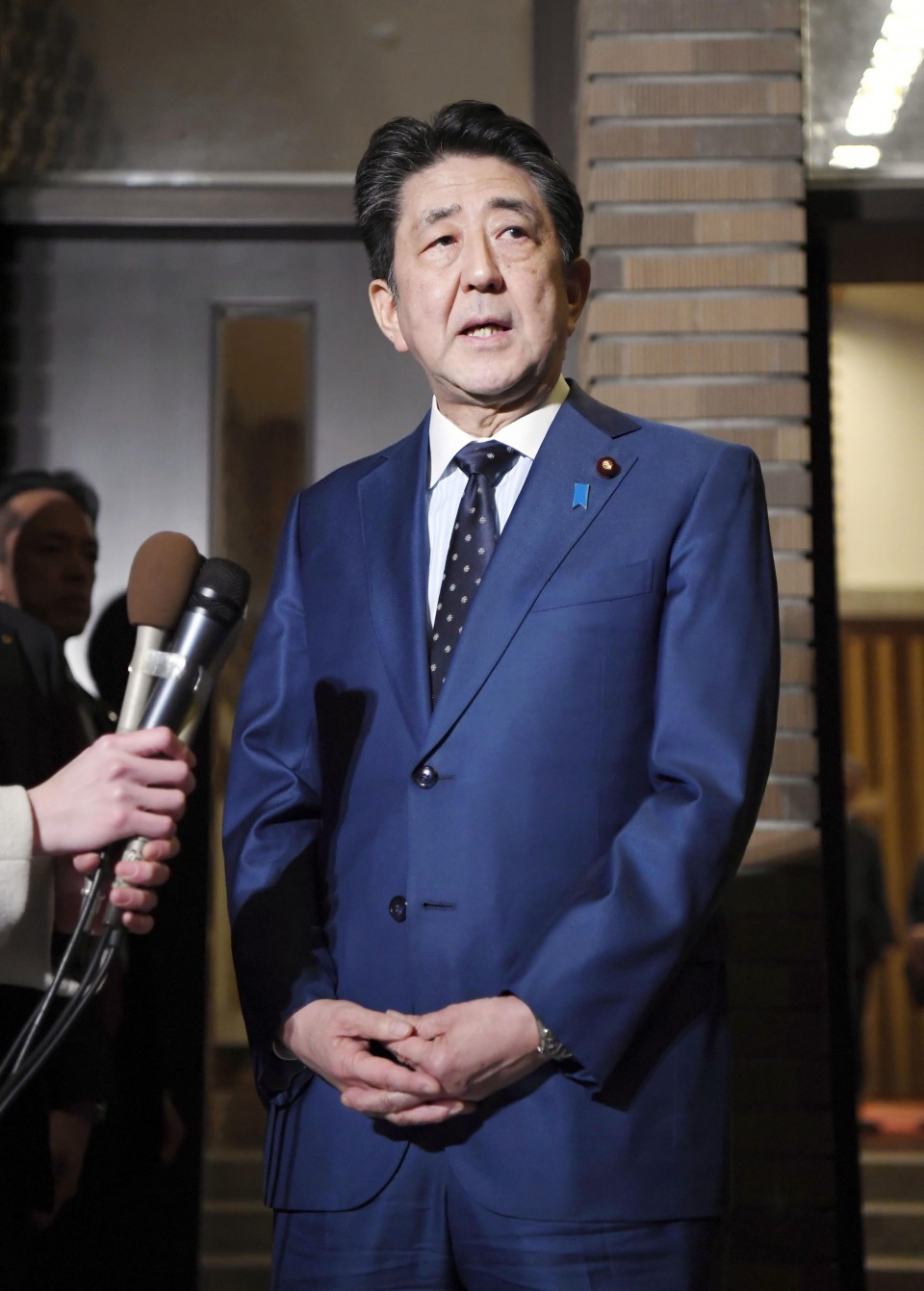 The request applies to arrivals from 11 countries including Indonesia, Singapore and Thailand, as well as Israel and Qatar, who will also be asked to watch for symptoms such as high fever and coughing, and refrain from using public transportation. It will last from midnight Friday through the end of next month.

Similar steps are in place for the United States and Egypt.

Japan will also suspend visas that have already been issued to citizens of the countries in Southeast Asia, the Middle East and Africa.

The coronavirus epidemic that first broke out in central China late last year has continued to spread at an alarming rate. According to data compiled by Johns Hopkins University, more than 470,000 infections have been confirmed globally, with the death toll having topped 21,000.

Japan's announcement of stronger measures to fight the pandemic comes as cases in Tokyo have surged in recent days, with Gov. Yuriko Koike asking residents to stay at home this weekend to prevent an "explosive rise."