The government decided Friday to cancel its memorial service next week to mark the ninth anniversary of the devastating earthquake and tsunami in northeastern Japan that left more than 15,000 people dead, amid concern over the spread of the coronavirus.

The decision to hold memorial services this year will instead be left to local municipalities affected by the disasters.

"I offer my apologies to the families of the victims and all those involved," Prime Minister Shinzo Abe said in a statement.

The prime minister said he will observe a moment of silence and deliver an address for the deceased from his official residence instead on Wednesday.

"We tried to look for ways to hold the ceremony while taking infection prevention measures, such as scaling down the event, but we unfortunately had to cancel it as we are currently doing all we can to prevent the (virus) spread," Abe said. 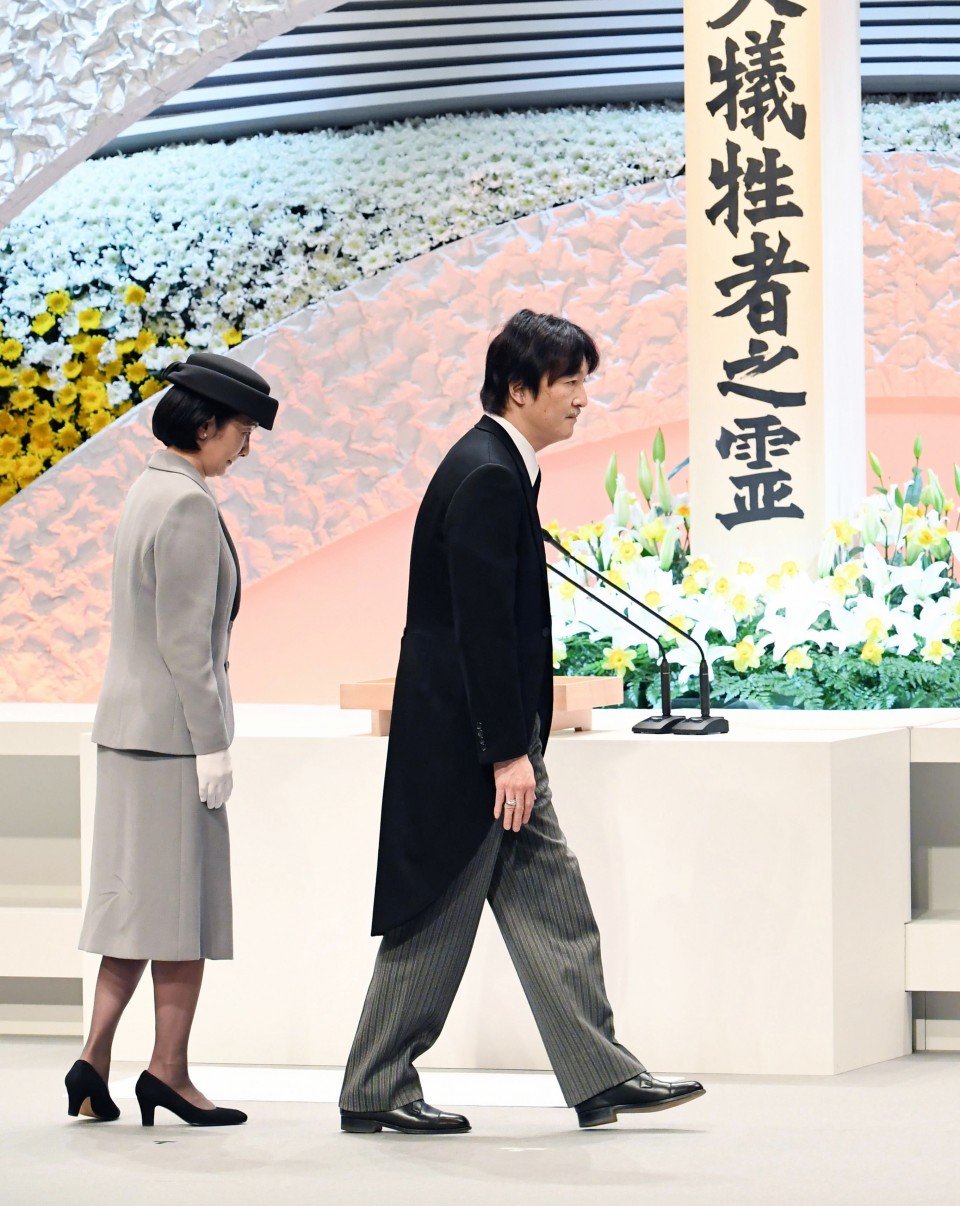 (Japanese Prince Fumihito and Princess Kiko are pictured after the prince made a speech at a government-sponsored memorial service at the National Theatre in Tokyo on March 11, 2019, the eighth anniversary of the earthquake-tsunami disaster in northeastern Japan. [Pool photo][Kyodo]

Visitors to Japan plunge in February amid virus fears

Coronavirus testing to be covered by national health insurance

The government had decided in January to hold a state-sponsored ceremony at the National Theater in Tokyo on the afternoon of March 11. Crown Prince Fumihito and disaster survivors were among those scheduled to attend.

The ceremony is attended by around 1,000 people each year, with around 600 people coming to offer flowers afterward, according to the Cabinet Office. The laying of flowers has also been canceled this year.

Reconstruction minister Kazunori Tanaka expressed his disappointment at the cancellation. "I'm really sorry. We wanted to go ahead with the planned ceremony," he said at a press conference.

The state-run ceremony, which is also broadcast live at memorial services in disaster-hit areas, includes a moment of silence at 2:46 p.m., when the massive quake shook northeastern Japan.

Responses among municipalities in the hardest hit prefectures of Iwate, Miyagi and Fukushima have been mixed.

Around 40 percent of the 32 municipalities that held memorial services in the past have decided to go ahead with downsized ceremonies, while others have canceled their ceremonies and events but will still set up altars for people to lay flowers.