Gender gaps remain significant in Japan as traditional roles for men and women are strongly reinforced in the society and through mass media, leaving many women accustomed to restrictive norms and limited opportunities, according to a senior U.N. official.

"There is nothing you can't do because you're a woman. It's important to make an effort, believing you can do anything," said Izumi Nakamitsu, under-secretary-general and high representative for disarmament affairs, in a recent interview with Kyodo News. 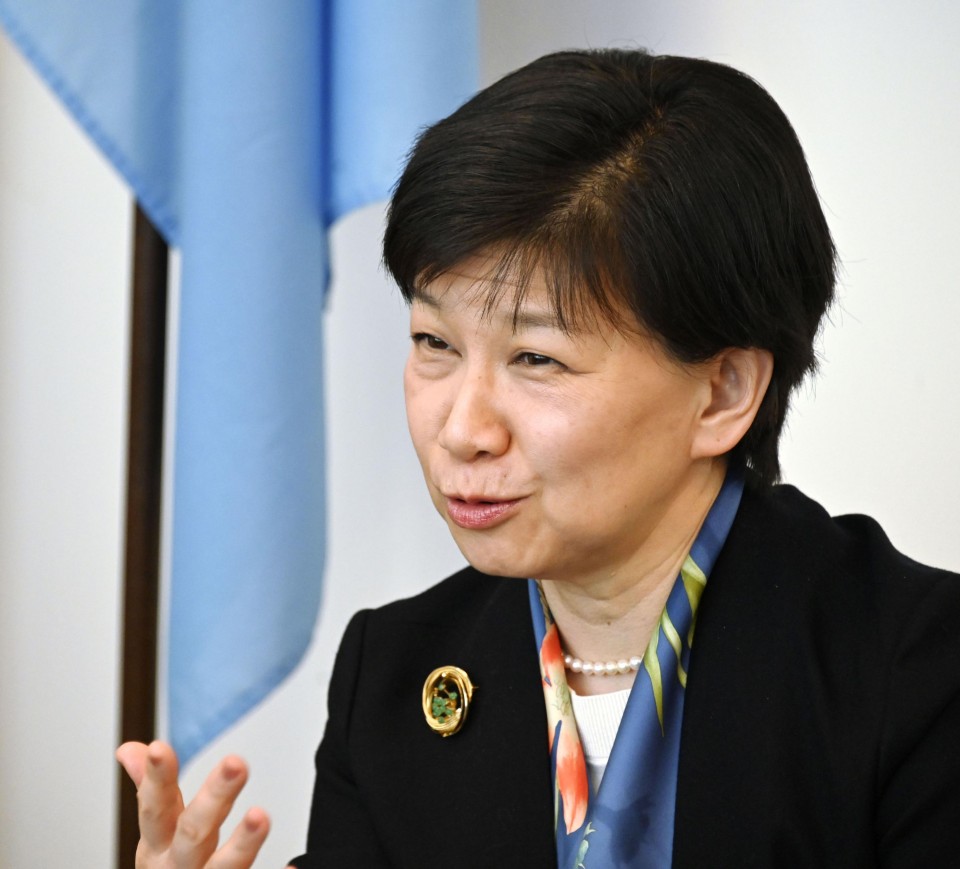 Nakamitsu, the highest-ranking Japanese at the United Nations, pointed out that the roles of men and women are modelled to the public in various ways including through popular media.

"On (Japanese) TV debate programs, men discuss difficult subjects while female announcers are on the set like ornaments. On TV dramas, too, you might see men holding a business meeting and women serving them tea," she said.

As a result, Japanese children are conditioned to accept gender boundaries as a natural part of society, Nakamitsu said, adding that such norms have been internalized to a highly abnormal degree in the country.

Although the government of Japanese Prime Minister Shinzo Abe aims to raise the ratio of women in leading positions to around 30 percent by this year, the target is apparently still out of reach.

Nakamitsu, who studied law in Tokyo and earned a Master's in Foreign Service at Georgetown University in Washington, has held a variety of positions within and outside the United Nations system, which she first joined in her 20s. She served in the Crisis Response Unit of the United Nations Development Program before assuming her current post in May 2017.

Her husband is a diplomat from Sweden. The country's parliamentary election system involves equal numbers of male and female candidates, leading to a roughly even sharing of political posts between the genders.

Japan's parliament, unlike the governing bodies of many countries, remains dominated by male lawmakers.

U.N. Secretary General Antonio Guterres said in his address in January that the international body has succeeded in equalizing the number of men and women in senior positions two years ahead of its initial schedule.

The United Nations aims to achieve gender parity across its entire staff by 2028.

While Japan lags behind in the international push for women's equality, Nakamitsu, 56, welcomed the recent decision of Japanese Environment Minister Shinjiro Koizumi to take parental leave after the birth of his first child.

She noted that Sweden's ambassador to the United Nations took the same step more than 20 years ago, going on parental leave and shifting to a reduced schedule to be active in child rearing.

The U.N. official said that Japanese women should strive to be productive in the workplace so that employers will want to hire and retain them, while companies also need to ensure fair evaluation of both women and men without discrimination against those who take parental leave.

In the face of gender gaps, Nakamitsu urged Japanese women to consider seeking opportunities abroad if they feel unsatisfied.

"If you don't like the situation (in Japan), you can go out into the bigger world outside," she advised. "Ultimately it is Japan's loss."