Japan marked the 25th anniversary Friday of a sarin nerve gas attack by the AUM Shinrikyo cult on the Tokyo subway system that left 14 people dead and more than 6,000 others injured.

The cult has been disbanded and its founder Shoko Asahara and senior members were executed in 2018, but successor groups remain active.

A memorial service was held at Kasumigaseki Station, where subway staff wearing face masks to guard against coronavirus infections observed a moment of silence at 8 a.m., around the time when the attack occurred on March 20, 1995. 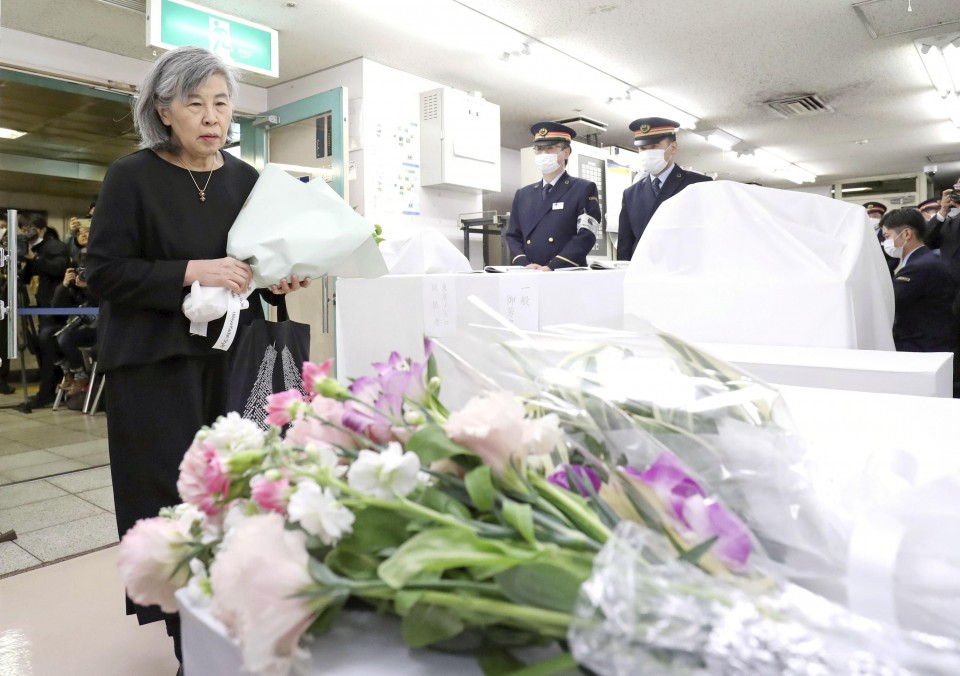 (Shizue Takahashi, whose husband was killed in the 1995 sarin gas attack, lays flowers at the station.)
[Pool photo]

The nerve agent was scattered in five subway train cars during the morning rush hour under Asahara's instructions, causing mayhem at stations. Kasumigasaki Station, one of the worst affected, is located in a district where ministries and other government offices are concentrated.

Thirteen of those killed had died by the end of 1996 while the 14th, Sachiko Asakawa, 56, who had been bedridden with severe brain damage following the sarin attack, died on March 10 this year.

Stands were set up at six subway stations for mourners to lay flowers. Among those who offered flowers was Shizue Takahashi, 73, who lost her husband Kazumasa, the Kasumigaseki deputy stationmaster, to the subway attack.

"For the past 25 years, I've led a life totally different from the one before (the sarin attack.) I hope to quietly cherish memories of my husband from now on," she said.

Victims and their families have been holding a gathering every year to share their experiences with younger people, but the event scheduled for Saturday and intended to be the last of its kind was canceled due to coronavirus fears.

"We will no longer organize (memorial gatherings) and hope to hand over the baton to the government," Takahashi said.

Many survivors still suffer from post-traumatic stress disorder as well as deteriorating health as they get older, and have been asking the government to continue providing necessary support for them.

Transport minister Kazuyoshi Akaba, who offered flowers at Kasumigaseki Station, said in a statement, "We will do our best to prevent a similar incident and keep memories" alive of the sarin attack.

Asahara's teachings legitimized murder and in addition to the Tokyo subway attack, cult members sprayed sarin gas in Matsumoto, Nagano Prefecture, in June 1994, killing eight local residents. The attack was meant to have targeted judges before they ruled on a case regarding a land purchase by the cult.

In November 1989, cult members also murdered lawyer Tsutsumi Sakamoto, who was helping people break away from the cult, along with his wife and their baby son. 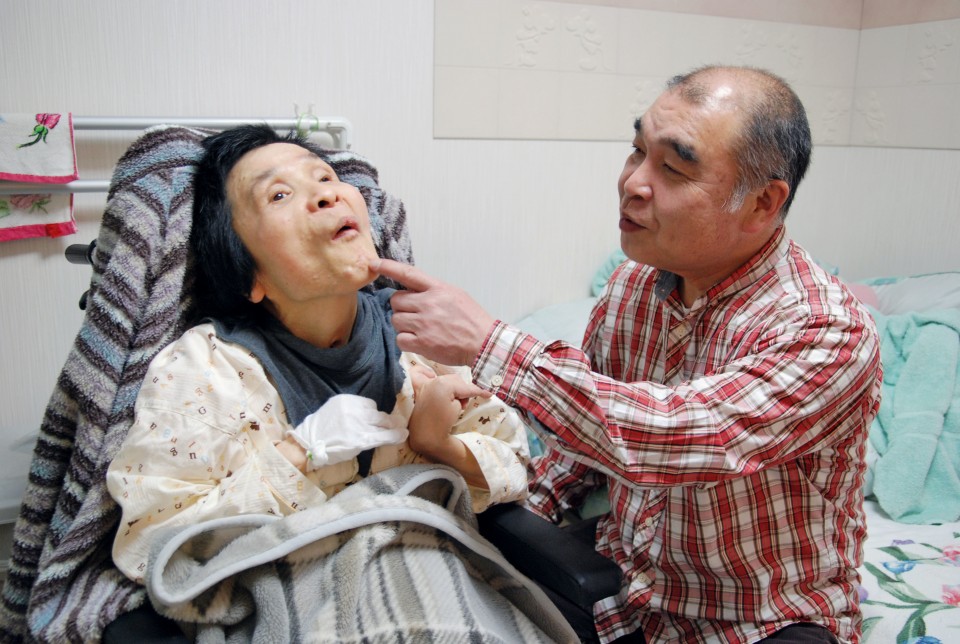 A total of 192 people were indicted over the murders and other crimes carried out by the cult. During lengthy trials that ended in January 2018, Asahara, 63, whose real name was Chizuo Matsumoto, was convicted of multiple murders, including the 1995 sarin gas attack, and hanged along with 12 other former senior members of the cult in July 2018.

AUM Shinrikyo went bankrupt in 1996, and three successor groups -- Aleph, Hikari no Wa and a smaller offshoot of Aleph -- are now active with some 1,650 followers combined. They have about 30 branches in 15 prefectures and assets totaling 1.3 billion yen ($12 million), according to the Public Security Intelligence Agency.

Aleph is said to keep portraits of Asahara, while Hikari no Wa claims to have abandoned AUM Shinrikyo's teachings. The agency, however, deems all the successor groups to pose a threat to the public.

Of the 3.8 billion yen in damages sought by the victims, 1.5 billion yen has been paid by selling AUM Shinrikyo assets.

In Hokkaido, where the group is active, dozens of people join it every year, according to the agency.