The postponement of the Tokyo Olympics and Paralympics is likely to delay the handover of converted condominiums at the athletes village, leaving the developers and future residents with many questions.

"We weren't expecting any postponement," said a spokeswoman from Mitsui Fudosan Co., one of the project developers.

"There will likely be an impact but we are still checking the situation, as the decision on the postponement came out of the blue," she added.

Demand has been strong for apartments in the "Harumi Flag" complex in Chuo Ward, where around 12,000 people are to reside in the 5,600 units spread across 23 high-rise buildings. 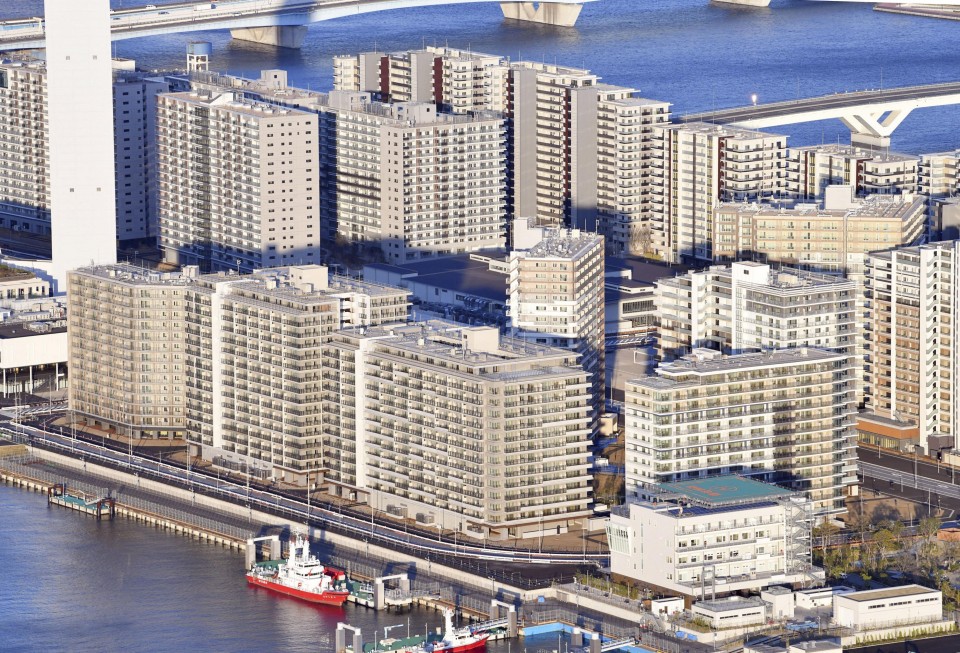 The new harbor front community built in a 13-hectare space some 2.5 kilometers from the upscale Ginza shopping district will feature commercial facilities, parks and schools.

More than 2,000 applications were submitted for 940 condos made available for sale in July last year.

"The fact that the complex will be used for the Olympics added value and this helped increase demand," said Takeshi Ide, a senior researcher at Tokyo Kantei Co., a real estate research firm.

The buyers of the units are scheduled to start moving in from March 2023, but the games' postponement by up to one year creates uncertainty as to when the necessary renovations will be completed.

According to one buyer, the contract stipulates they must accept a delay in handover for unforeseeable reasons out of the seller's control.

"We may have to accept a delay of a year or so. I'm concerned about when the new schools open as I want my kids to attend (them)," the 39-year old said.

The local education board said the schedule for opening the schools, to be established in what will be the village's main dining hall, could be moved back from the currently scheduled April 2023.