Grand champion Hakuho marked his 35th birthday with a win over rank-and-filer Okinoumi on Wednesday, maintaining his perfect record at the Spring Grand Sumo Tournament being held without spectators for the first time in the sport's history.

In the day's penultimate bout at Edion Arena Osaka, Hakuho improved to 4-0 after defeating No. 2 maegashira Okinoumi (1-3). The 15-day meet is being held behind closed doors as an emergency measure to prevent the spread of the new coronavirus. 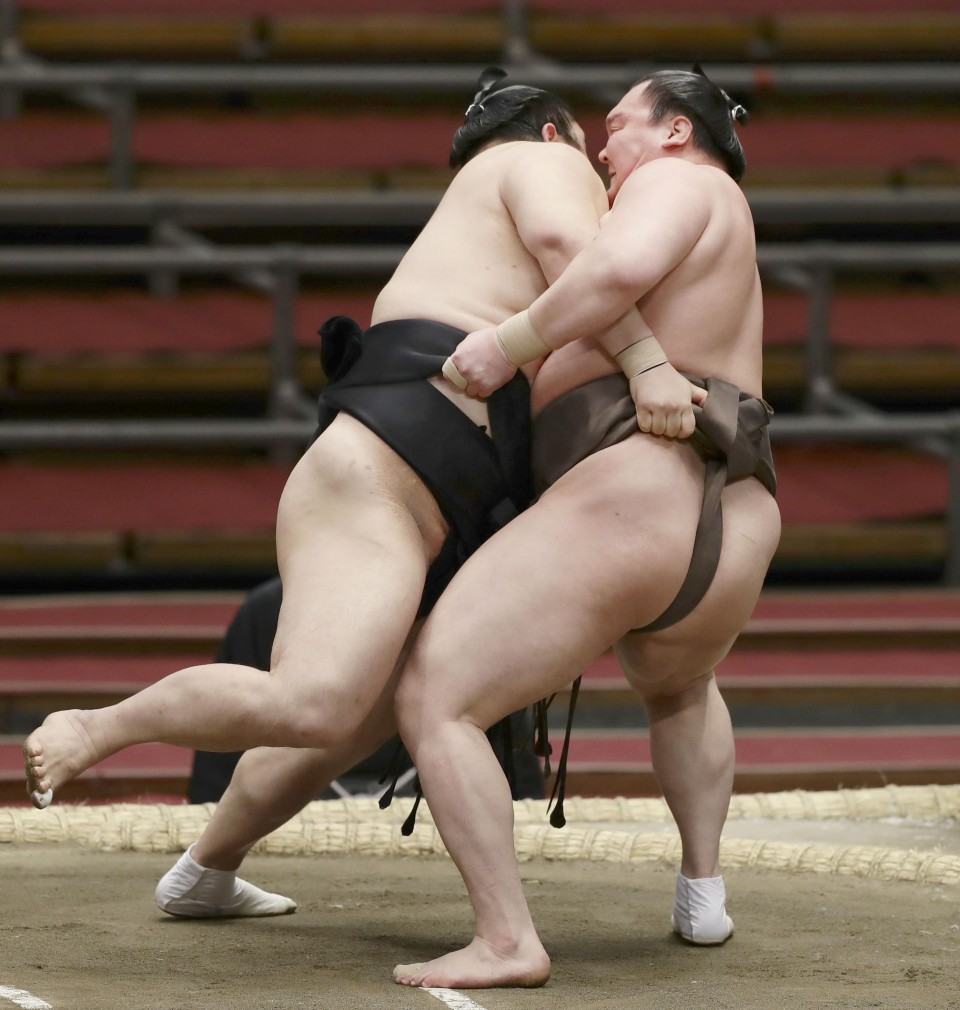 Hakuho faced a stern challenge from the rank-and-filer as the two wrestlers locked up in a brief stalemate. The yokozuna, however, managed to get ahold of Okinoumi's belt with both hands and lifted the 167-kilogram wrestler off the ground before throwing him out.

Making his return from an injury that caused him to pull out of the previous meet in January, Hakuho is tied with five other wrestlers as he continues his campaign for a record-extending 44th title in the top division.

While Hakuho was victorious on his birthday, Wednesday was also the ninth anniversary of the massive earthquake and tsunami in northeastern Japan, which left more than 15,000 people dead.

The Mongolian-born grand champion, who became a Japanese citizen in September, said he has hoped to support those impacted by the disaster through sumo. He has won six straight bouts through Wednesday.

"I'm very fortunate to be able to wrestle at the age of 35. I hope seeing me win (on March 11) gives courage to people," said Hakuho, who added that he is getting used to competing in the empty arena.

Yokozuna Kakuryu (3-1), who suffered his first loss of the meet on Monday, survived a scare against struggling No. 1 maegashira Takayasu (0-4). The former ozeki started the bout in command and nearly pushed the yokozuna out twice, but was eventually thrust down.

Takayasu landed awkwardly on his left leg and was unable to leave the ring on his own power. He appeared to be in severe pain as he was taken away in a wheelchair, casting doubt on him remaining in the meet. 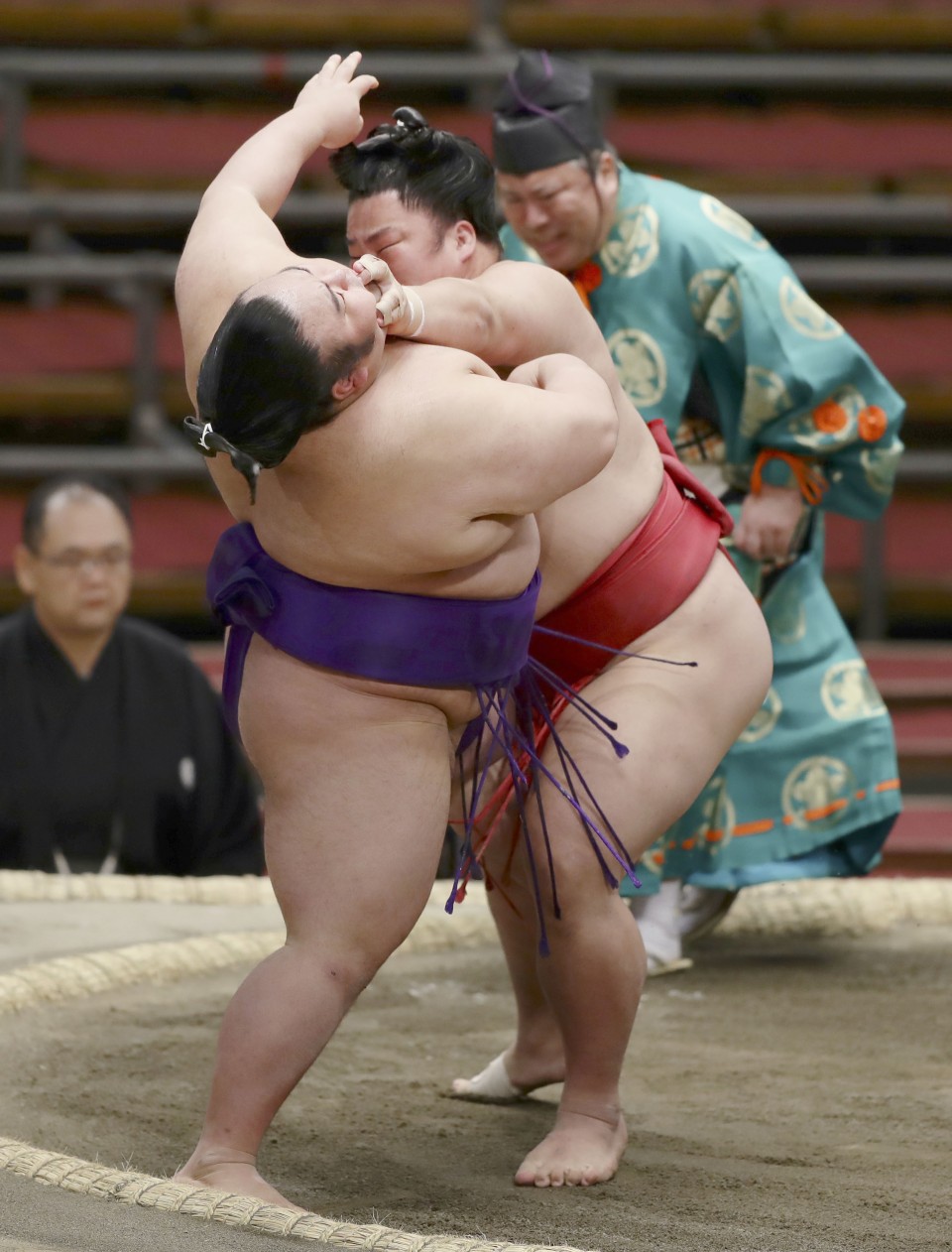 Hokutofuji, who defeated Kakuryu on Day 2, opened the bout by pushing Asanoyama toward the edge. But the sekiwake got both hands under Hokutofuji's arms and threw the 162-kg wrestler down.

Asanoyama, who won his maiden top division championship last May, needs to win at least 12 bouts to meet one of the benchmarks for promotion. The 26-year-old collected 10 wins at the January meet after finishing 11-4 in November.

Takakeisho, the only ozeki competing, lost to No. 1 Daieisho (1-3). Takakeisho (2-2) opened with a slapping attack against Daieisho but was quickly bulldozed out of the ring as he attempted to pull the maegashira down.

Having won his only championship in November 2018 as a komusubi, the 23-year-old Takakeisho has not won a title since he was first promoted to ozeki in May.

Among the six rank-and-file wrestlers who started the day with a perfect record, four managed to improve to 4-0.

Fan-favorite Mitakeumi, who is aiming for his third Emperor's Cup, calmly shoved out No. 3 Yutakayama (2-2) without giving his opponent a chance to resist.

Despite hogging the spotlight two months ago, January champion Tokushoryu's struggles continue in Osaka. The No. 2 maegashira failed to claim his first win of the meet when he was forced backwards by komusubi Endo (2-2).