Japan has yet to hit peak in coronavirus infections: Kyodo study

Japan has yet to reach a peak in coronavirus infections, with the number of new cases on a declining trend in Hokkaido but the number of infected people rising in Aichi and Hyogo prefectures, a Kyodo News study showed Tuesday.

The study is based on data from about 680 people whose dates of onset were made available out of the infected people local governments reported to the Ministry of Health, Labor and Welfare by Monday.

In Hokkaido, where 152 cases -- the highest number of domestic infections -- have been reported, the number of new cases has been decreasing since Gov. Naomichi Suzuki declared a state of emergency on Feb. 28.

The cases of coronavirus disease, or COVID-19, surged in mid-February on the northernmost main island, logging 10 patients per day on Feb. 18 and 21, before showing a declining trend. 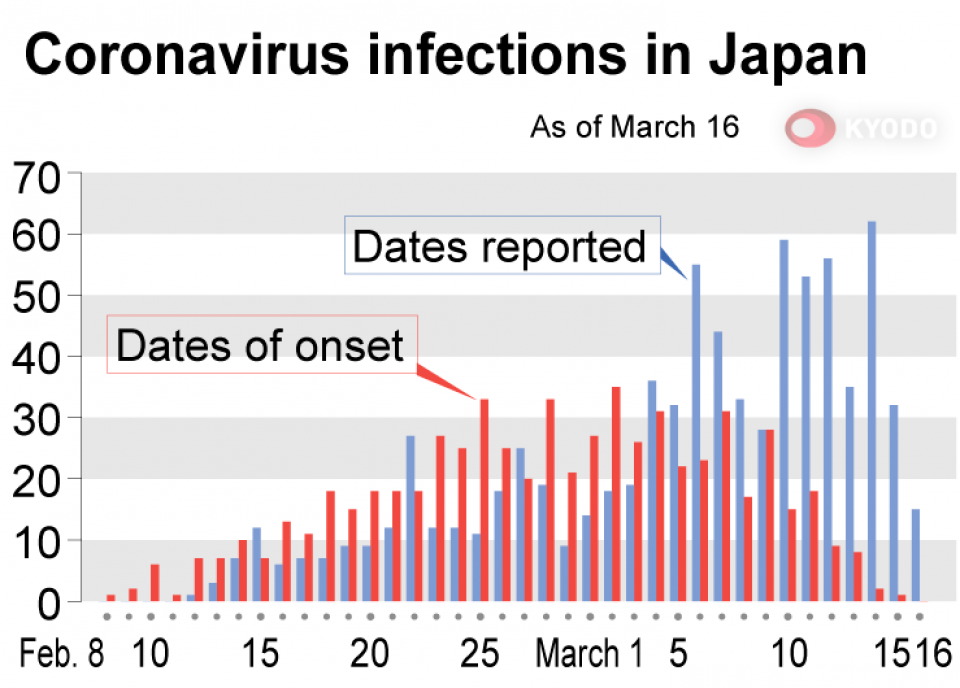 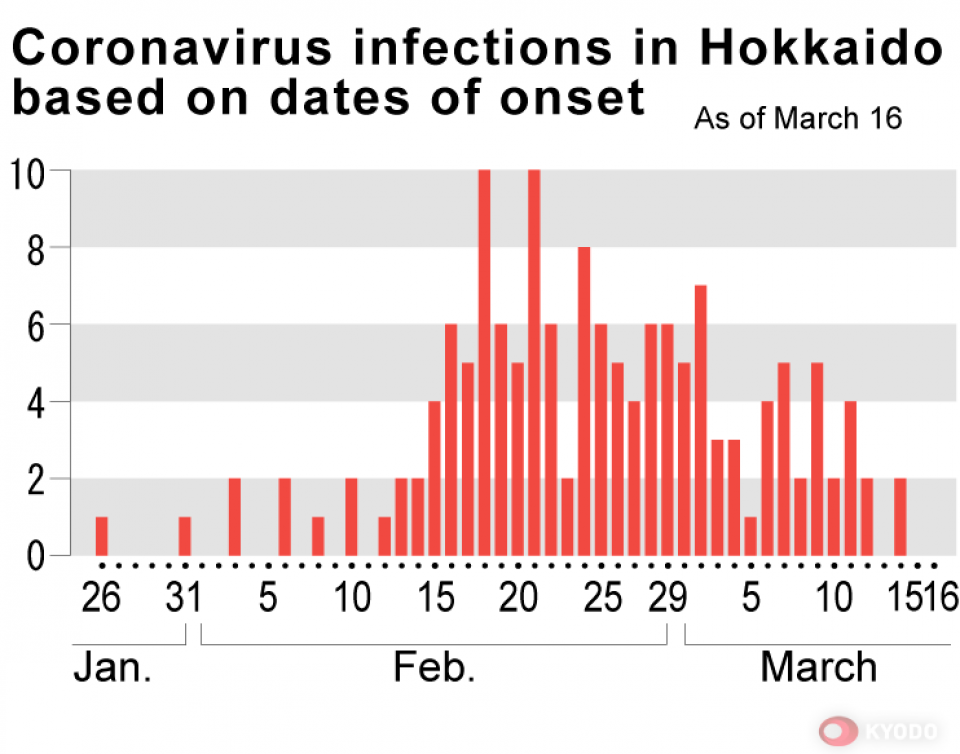 A government panel of health experts warned on Feb. 24 that the next week or two will be "critical" in determining whether infections would rapidly spread in the country or end.

However, the number of COVID-19 patients has increased in prefectures such as Aichi and Hyogo where clusters of people infected with the pneumonia-causing virus were reported.

In Aichi, the central Japan prefecture with the second-highest number of domestic infection, a cluster of infection emerged via a daycare center for the elderly, recording 11 cases a day on March 7 and 9.

Nationwide, cases of the coronavirus disease remained at a rate of 20 to 30 per day between late February and early March, suggesting the peak of the epidemic has yet to come in the country.

While the number of nationwide cases has been on a declining trend since March 10, it can still turn upward in March because many cases have presumably not yet been reported to local governments.

Similarly, the Tokyo metropolitan government said Tuesday it has confirmed an additional 12 infection cases, bringing to 102 the number of cases in the capital.

It marked the highest number of infections per day in Tokyo as well.

The study also revealed that 20 or more people tested positive for the virus in March after returning from overseas.

The infection of an Aichi man in his 50s was confirmed this month after he returned from France, and others who took part in a Nile River cruise in Egypt were also infected.

Graduation ceremonies held but scaled down in Japan amid virus spread