The B-League said Friday it will cancel the remainder of the season due to the coronavirus pandemic.

Japan's professional basketball league made the decision to abandon the rest of its regular season and playoffs after scrapping a total of 95 games in the first and second divisions scheduled between March 20 and April 1. 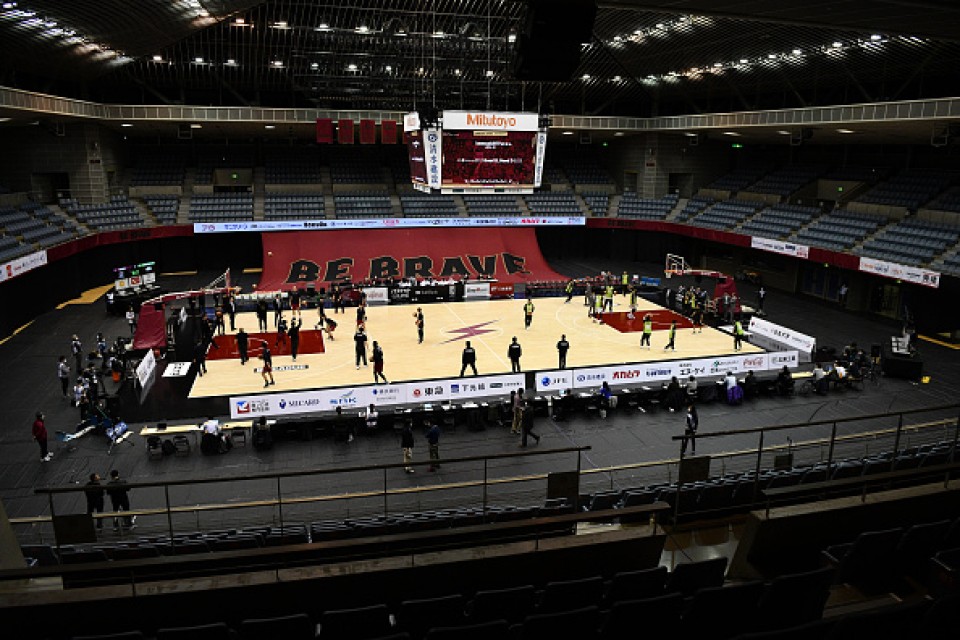 (Kawasaki Brave Thunders and Levanga Hokkaido players warm up for their Japan B.League basketball match that has been held behind closed doors at Todoroki Arena because of concerns over Covid-19, before cancelling the game after Levanga Hokkaido announced that three players have a fever, on March 14, 2020 in Kawasaki.)[Getty/Kyodo]

Comprised of 36 teams competing in two divisions, it is the latest sports organization in Japan to end its season. The B-League finals were scheduled to be contested in May.

The Japan Rugby Top League said Monday it has canceled all matches in order to protect players and fans.

While the B-League had suspended its season for two weeks from the end of February, it resumed on March 14 behind closed doors. However, it put games on hold once more due to mounting concerns over the pneumonia-causing virus.

Japan's pro baseball league is aiming to open its season on April 24 after postponing its scheduled start on March 20. The J-League plans to resume on May 9 after suspending games at the end of last month.