A new train station with easy access to Haneda airport and the Shinkansen bullet train opened in Tokyo on Saturday, becoming the first new stop on the capital's busy Yamanote loop line in nearly 50 years.

Some 350 people gathered when the shutters of Takanawa Gateway Station's main entrance opened at 4:15 a.m. and applauded as the first train left the station 20 minutes later. The station is also a new stop on the Keihin Tohoku Line.

Featuring wayfinding robots and a shop with automated checkouts, it opened between Tamachi and Shinagawa stations as the 30th stop on East Japan Railway Co.'s Yamanote Line, and the first added since Nishi-Nippori Station in 1971. 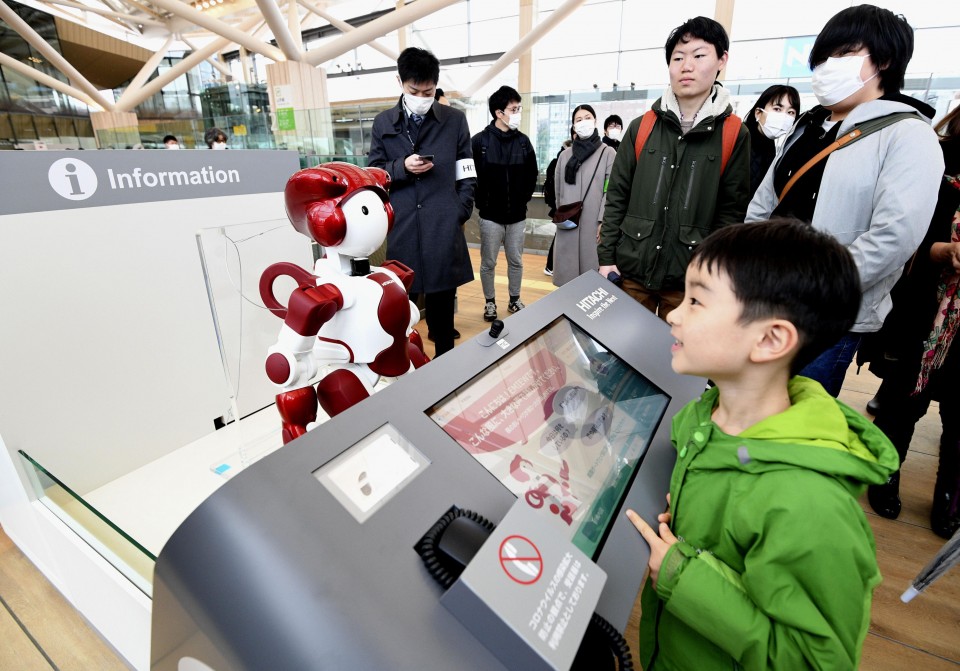 "We hope to provide services that go a step ahead and create a station that is loved (by everyone)," Takanawa Gateway Stationmaster Taka Nakamura told reporters. "It is a lovely station so we hope visitors will come repeatedly."

A 59-year-old company employee from Hyogo Prefecture in western Japan was first in line to enter the station building after camping outside since 7 a.m. Friday.

"I wanted to see the station with my own eyes, since it has attracted so much attention," he said. "I can't believe I was first." 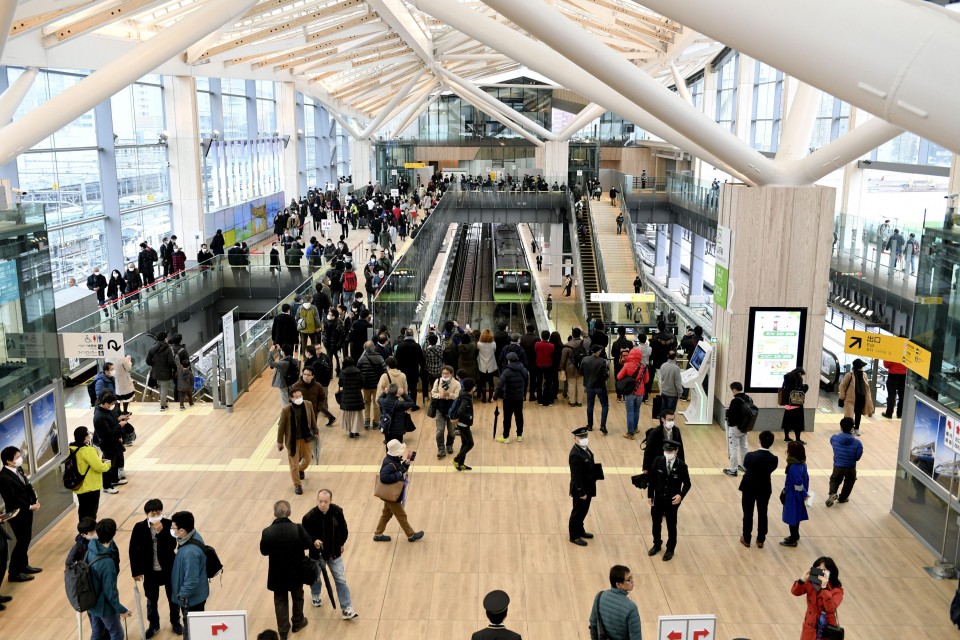 The station, characterized by giant white roofs in an origami motif, was designed by Japanese architect Kengo Kuma, whose works include the National Stadium for this summer's Tokyo Olympic and Paralympic Games.

Shido Akiyama, a 9-year-old boy who was taking videos of the new station, said he had been too excited to sleep the night before. "The roofs are high and the facilities are clean," he marveled.

The railway operator expects some 23,000 people to use the station per day initially, with the figure to grow to 123,000 by 2024, when new high-rise office buildings open around it.