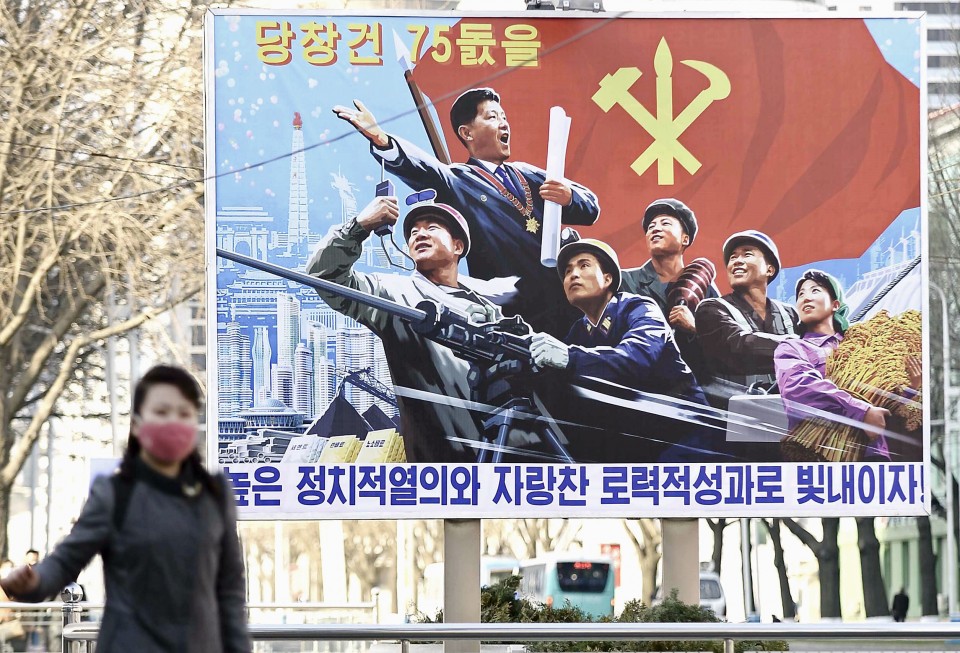 (Photo taken in Pyongyang on March 24, 2020, shows a signboard saying North Korea will celebrate the 75th anniversary of the founding of the Workers' Party of Korea on Oct. 10 by strengthening its labor power.)

SEOUL - North Korea fired a pair of what are believed to be short-range ballistic missiles toward the Sea of Japan on Sunday, the Japanese government and South Korea's military said.

The Japanese Defense Ministry said the two projectiles were launched in a northeastern direction from the east coast around 6:10 a.m. and flew some 250 kilometers before falling into the sea at a point outside Japan's exclusive economic zone.

It was the latest in a series of suspected missile test-firings by North Korea since earlier this month in defiance of U.N. Security Council resolutions that ban any launches using ballistic missile technologies.