South Korea began rationing face masks on Monday to cope with a severe shortage among the public as the nation scrambles to contain the spread of the coronavirus that has infected nearly 7,400 people.

Under the new distribution measure, people can buy up to two face masks a week at pharmacies and drugstores. They are divided into five groups depending on the year of their births. Each group is assigned a specific day of the week to go and buy the face masks.

The government also implemented a new measure late last week banning the exports of masks in order to ensure a sufficient supply locally. It is also exploring ways to boost face mask production.

"The government will focus all its ability on supplying the promised amount of facial masks, while also striving to increase the supply," Prime Minister Chung Sye Kyun said Monday. 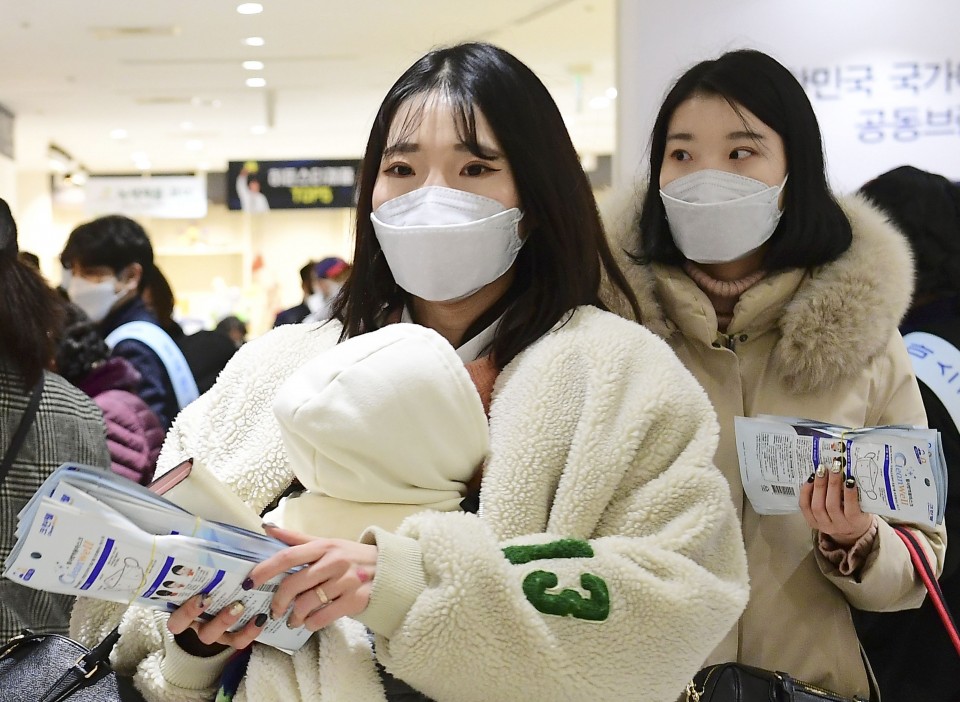 But some pharmacies did not have enough stock for all the customers who visited them in the morning as stipulated under the new rule, leaving such customers frustrated, according to local media reports.

The Health and Welfare Ministry reported 248 new cases of infection over a 24-hour period to the end of Sunday, bringing the total cases to 7,382. The death toll rose to 51, up one from a day earlier.

Of the total 7,382 cases, 5,571 were in the southeastern city of Daegu, with more than 1,100 in surrounding North Gyeongsang Province, making up the vast majority of cases in the country.

Seoul had 130 cases, up 10 from the previous day, while the southern port city of Busan had 96.

Mass transmissions are believed to have occurred among members of a minor Christian sect at its branch in Daegu, the country's fourth-largest city.