If anyone knows about the complexities of anti-doping rule violations, it's Japanese Greco-Roman wrestler So Sakabe.

After overturning a positive drug test and avoiding a two-year ban from the sport, Sakabe has filed a lawsuit against two generic pharmaceuticals manufacturers that he claims gave him contaminated drugs.

The 26-year-old Japanese Self-Defense Forces member says half the battle is to prove that he is no cheater, the other half is to educate athletes and those that work with them about the effort they must make to not fall afoul of anti-doping rules.

"It's not just about me now. I was inactive for six months and this doping case put my career on pause. I can't let this happen to anyone else," Sakabe told Kyodo News in a recent interview.

Sakabe is trying to make the best out of a bad situation by being a voice for athletes who have become victims of an imperfect anti-doping system due to factors largely out of their control, and as a result, suffered punishments they did not deserve. 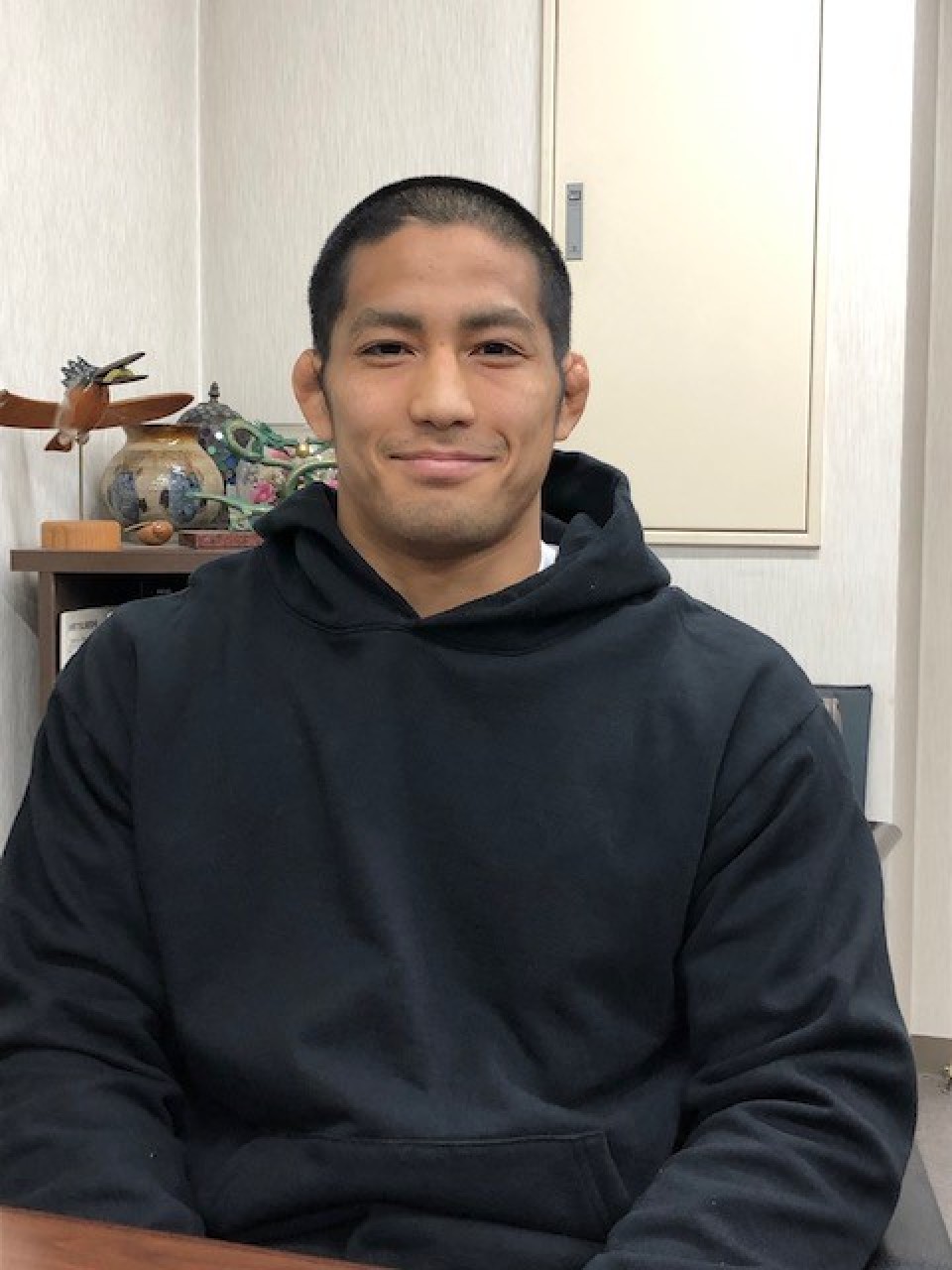 Like others who were labeled drug cheats, Sakabe had to prove how a banned substance entered his body to establish he did not intentionally break the rules.

Once he was handed the notice that he failed the test by the Japan Anti-Doping Agency, Sakabe sent all the supplements he was taking to a private lab for testing, which confirmed that none of the supplements had the banned substance in it.

Sakabe had eight items tested, even over-the-counter eye drops, with each test costing $1,000 and taking about four weeks. Had he not gone through the trouble of finding a lab in the United States and paying out of his own pocket, he would still be serving a period of ineligibility.

Further testing revealed in February last year that it was a medication normally used to treat gastritis and stomach ulcers, but that he used to help his body recover from cutting weight, that had been contaminated. He was acquitted from his suspension the same month.

The medicine was prescribed to him by a doctor who said it would assist him in recovering from the weight loss required to make weight for competition, a constant battle for wrestlers whose impressively sculpted bodies need to be both lean and powerful.

"I was doubtful they would find anything in a medicine that was approved by a sports doctor. It was the last thing we were going to send to the lab before we would start considering the possibility of food (contamination)," Sakabe said. 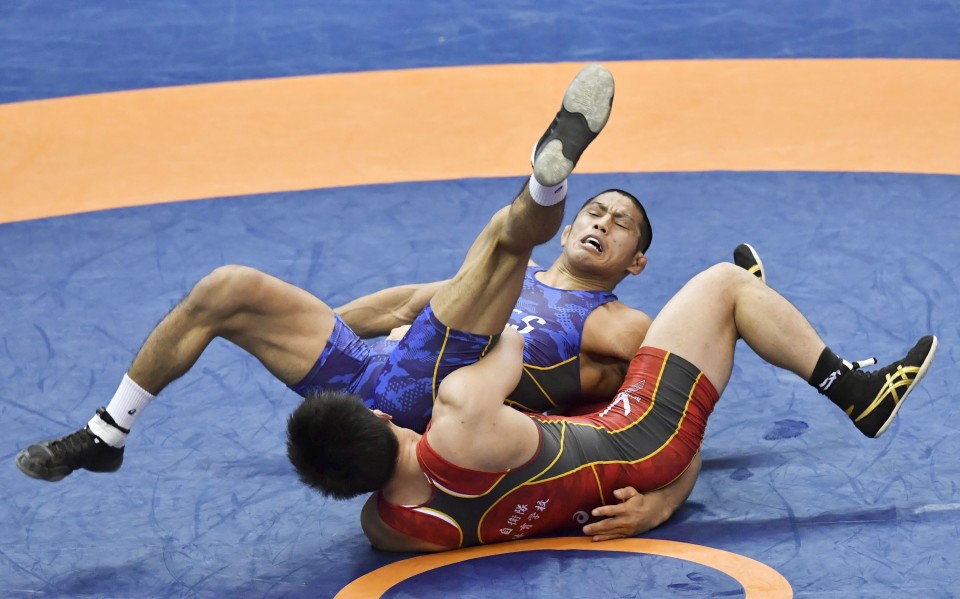 (Japanese wrestler So Sakabe (blue) competes in the third round of the men's Greco-Roman 77kg at the national championships in Tokyo in December 2019.)

In March 2019, Sawai Pharmaceutical Co. said it would recall the product in question in response to a report from the health ministry that minute quantities of acetazolamide, a drug prohibited under anti-doping regulations, were discovered in the product.

After investigation, Sawai said the company does not handle the compound, and the contamination happened on the manufacturing line at the supplier in India.

The drug makers refused to admit fault, and in October, Sakabe held a press conference announcing he would begin a lawsuit seeking damages.

His attorney Kohei Okabe says it is up to Sakabe how far he wants to take the legal battle, with the back and forth between the parties to the conflict centered around one question: who is at fault?

According to Okabe, it is the first sports doping case ever to reach court in Japan.

The results of laboratory analyses and batch testing were reported to JADA, who concluded Sakabe's failed drug test was due to cross-contamination. Of the 76 batches tested by Sawai, tiny amounts of contaminants were detected in every sample.

The doping test was performed during the national invitational tournament in June 2018, a routine post-event procedure Sakabe had experienced many times before.

"At the end of August, I got a phone call from an unknown number and it was a JADA official telling me I failed a drug test and I was suspended from all team activities effective immediately. It came as a surprise because I knew I hadn't done anything wrong," said Sakabe.

"I was on my way home from a training camp and I was waiting for a bus when I got the call. I went straight to my coach, then to the federation, and I was encouraged to go see an attorney instead of dealing with it alone," he said.

Sakabe requested a "B" sample analysis, which also came back positive. He tested positive for a diuretic called acetazolamide, which can be taken to hide the presence of performance-enhancing drugs and is one of more than 200 substances prohibited by WADA.

Sakabe had always checked the ingredients on product websites and apps before purchasing supplements online and only chose those bearing third-party certification seals. He thought that by doing his own homework, he was being "safe."

There are ways to significantly reduce the chance of testing positive, but there is no situation where one is completely safe, he later learned. 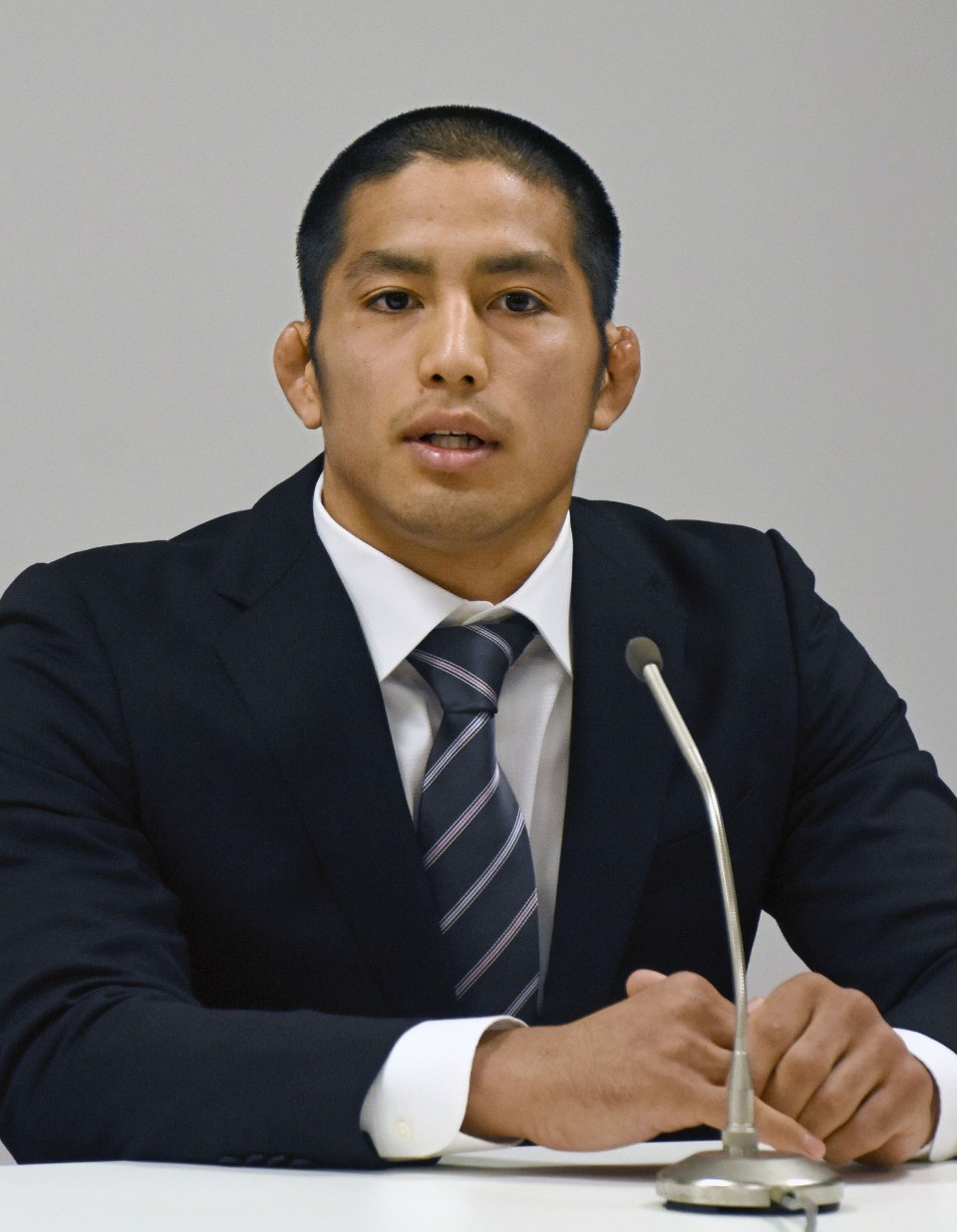 (Japanese wrestler So Sakabe announces the filing of a lawsuit against drug makers in a press conference in Tokyo on Oct. 24, 2019.)

The automatic ban caused Sakabe to miss the 2018 nationals, an important meet for Olympic qualifying. He had one last chance to qualify a year later for his home Olympics, but he let it slip through his fingers when he suffered a third-round defeat in his 77-kilogram division.

"When I started wrestling again I was just excited to be back on the mat, and I still had a small chance to make the Olympic team. It didn't happen, but I still had that chance. I'd even call myself lucky for that," he said.

"If what happened to me happened to an athlete who already secured an Olympic spot and he had that taken away because of a false accusation, it would be a nightmare situation. Imagine that."

Even if he could go back in time, Sakabe says he would not do anything different. He had attended anti-doping workshops and had been very careful about his food and supplement choices. Even if he were a medical expert, there was no way to avoid what happened.

"I'm hoping my voice reaches other athletes who should all learn about the dangers of doping. I want them to stay away from generic drugs and choose brand-name medication if they have to because I've been warned the lower-quality generics put you at risk," Sakabe said.

So how do elite sportspeople like him avoid falling into hidden doping traps?

"Not enough athletes know about the Japanese sports pharmacist system. It's a very effective anti-doping program run by JADA and one that can potentially save athletes from accidental or unintentional doping," said Masayuki Shimizu, a JADA-certified sports pharmacist.

"When it comes to doping there's so much athletes have to learn, whether it's scientific, legal or medical. Anti-doping seminars and lectures are too complicated, and they're not fun," he says. 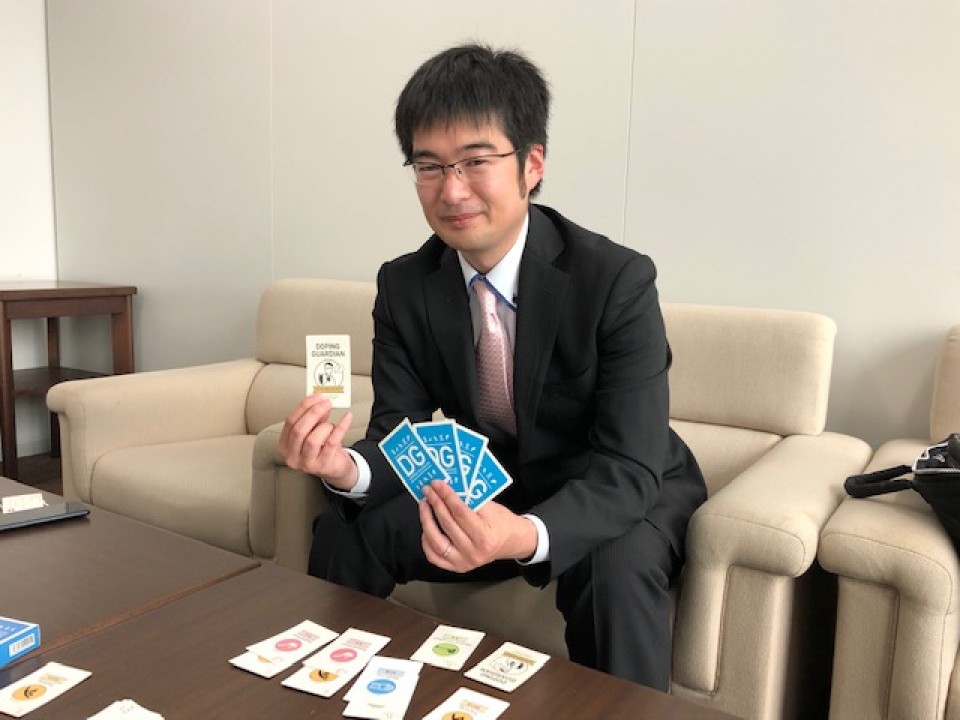 (Sports pharmacist Masayuki Shimizu talks about his anti-doping efforts while playing a card game he developed to raise social awareness about doping in sport.)

Shimizu, who works at a family-owned pharmacy in Shizuoka Prefecture with his mother and wife who are also pharmacists, says young athletes can have their journey to sports stardom derailed by doping, and the earlier they are exposed to education, the better.

Shimizu thinks athletes need to take control of their destiny and not leave it to team physicians, trainers and coaches to provide them with accurate information about which drugs and methods are banned, when the WADA's complex prohibited list is updated annually.

"I believe almost 100 percent of unintended doping cases in Japan could have been prevented had the athletes consulted a sports pharmacist. All it takes is one email, one tweet, one Facebook message. I want them to take advantage of this system."

Though they come from different places, Sakabe and Shimizu are both believers in clean and fair sport, and take the World Anti-Doping Agency's drug-free policy very seriously.

Athletes may take drugs for a variety of reasons -- medical, therapeutic or nutritional -- but all could lead to the inadvertent use of substances that are included on the WADA Prohibited List.

When this happens, the onus to prove that use was unintentional rests with the athlete.

Under the WADA Code, athletes are solely responsible for any prohibited substance found in their system, whether there was an intention to cheat or not. To WADA, ignorance is no excuse.

Sakabe says he has been more careful about what he puts in his mouth since the false doping incident but is not being overly paranoid. The ban has ended, but the burden continues, and he knows he will be branded a cheat by some for the rest of his career.

But he will not be held captive to bitterness.

"I thought it would've been cool if the story unfolded with me punching a ticket to the Tokyo Olympics. I'll just have to put that goal on hold. First the qualification (for the Paris Olympics), then the medal."