U.S. aircraft carrier hit by virus, forces lockdown on base in Japan

A U.S. naval base outside Tokyo has been locked down through the weekend after an aircraft carrier using the base as its home port reported coronavirus infection cases on board, Fox News said Friday, citing U.S. officials.

Two sailors aboard the carrier Ronald Reagan have tested positive. Everyone on the Yokosuka naval base in Kanagawa Prefecture has been told to stay indoors for the next 48 hours. 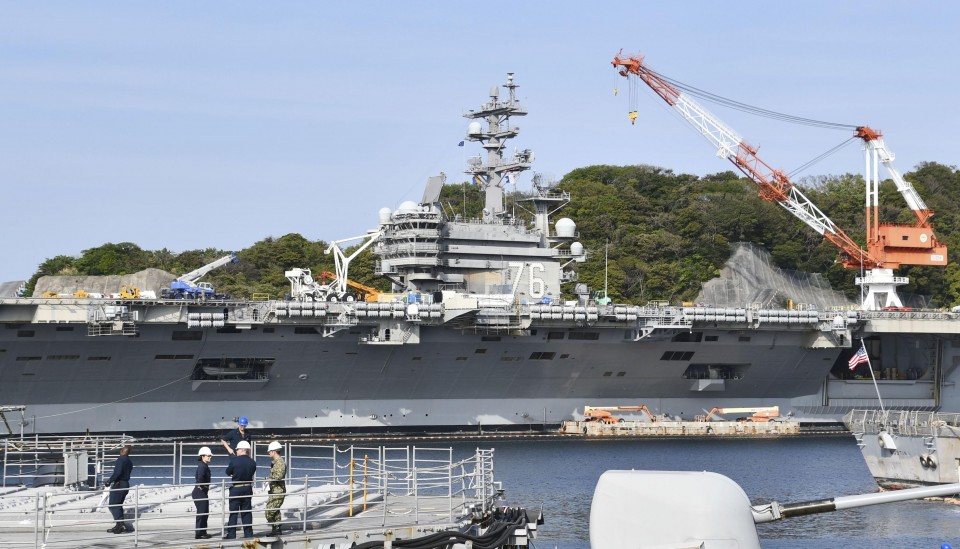 Ronald Reagan is the only American aircraft carrier to be homeported abroad.

The U.S. Navy has also confirmed positive cases of the COVID-19 disease on aircraft carrier Theodore Roosevelt, which was sailing in the Indo-Pacific region. The carrier has arrived in Guam, according to a statement released by the Navy on Thursday.

Fox News said the number of infection cases aboard Theodore Roosevelt has surged to more than 30, compared with only three known cases three days ago, and that U.S. officials are expecting the number to rise in the coming days.