Japan on Tuesday adopted a fresh 1 trillion yen ($9.6 billion) level emergency package for businesses battered by the new coronavirus outbreak, featuring 500 billion yen in zero-interest loans for small and midsize companies short of cash due to sharp falls in sales.

The stimulus measures, which entail 430.8 billion yen in actual spending under the fiscal 2019 budget, also include providing 4,100 yen a day in subsidies for freelance workers who are forced to give up work to take care of their children amid school closures following the outbreak.

"We have to put a priority on efforts to maintain employment and enable businesses to continue their operations," Prime Minister Shinzo Abe said at a government taskforce meeting.

The new measures came about a month after the government launched the first package featuring low-interest loans totaling 500 billion yen for small and medium-sized companies in the tourism and other virus-hit sectors. 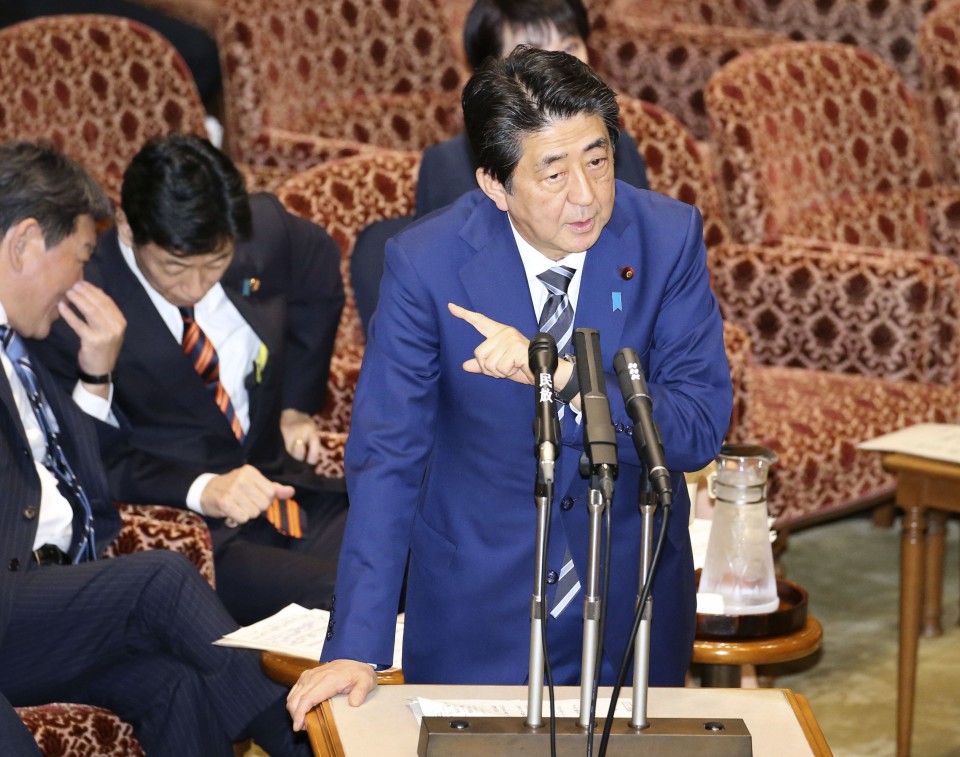 Battle against virus could last beyond year-end: Japan gov't panel

Under the new package, interest-free loans will be available for small and midsized firms suffering a sales decline of at least 15 percent and 20 percent, respectively. The financial support will also cover affected individual business operators.

In addition, companies and individuals whose sales dropped 5 to 14 percent can apply for loans with an interest rate of less than 1 percent.

For major companies whose overseas business has taken a hit, public financial institutions -- the Japan Bank for International Cooperation and the Development Bank of Japan -- will extend support.

The policy package will also see the government purchase face masks from manufacturers and provide them to hospitals and other facilities amid a scarcity of the product.

Earlier on Tuesday, the Cabinet approved a bill that would enable Prime Minister Shinzo Abe to declare a state of emergency if needed as Japan scrambles to curb coronavirus infections ahead of the Tokyo Olympics and Paralympics.

Abe, who faced criticism for being too relaxed in his initial response to the viral outbreak, has sought the power to prepare for "the worst case scenario."

The bill, revising a 2013 law for dealing with new types of influenza and other infectious diseases, would grant the power for two years.

Opposition parties, however, maintain that the existing law is sufficient for handling the outbreak of the novel coronavirus, which was first detected in China late last year.

The bill is expected to clear the lower house on Thursday and the upper house on Friday. Both chambers are controlled by the ruling coalition of the Liberal Democratic Party and Komeito.

The legal change would allow the prime minister to declare a state of emergency if coronavirus infections spread rapidly across the country and raise fears of a grave impact on people's lives and the economy.

Once an emergency is declared, prefectural governors can instruct local residents to stay indoors and ask for school closures as well as event cancelations.

Local governments can also demand that essential supplies such as medicine and food be sold to them. They can temporarily take over private land and facilities to provide medical care.

"Given that individual rights would be suppressed (after an emergency declaration), I would thoroughly examine its potential impacts when making a decision," Abe said during a budget committee session on Monday.

Abe has already requested that schools across the nation close and big sports and cultural events be canceled or postponed. But under current law, the government does not have the legal power to enforce school closures or event cancellations.

In a rare overture last week, Abe met with five opposition party leaders to seek their support for the legal change. The opposition has been critical of the government's quarantine and border control measures to fight the pneumonia-causing coronavirus.

The main opposition Constitutional Democratic Party of Japan and the Democratic Party for the People say the prime minister should meet strict requirements such as seeking prior parliamentary approval before declaring a state of emergency.

The number of confirmed cases in Japan has surpassed 1,100, including about 700 from the Diamond Princess, a cruise ship quarantined near Tokyo.

Since Monday, Japan has been restricting inbound travel from China, the epicenter of the viral outbreak, and South Korea, which has seen a surge in infections.

All travelers from the Asian neighbors will be asked to undergo quarantine at designated facilities for 14 days and refrain from using public transportation. Nearly 3 million visas already issued -- about 2.8 million to Chinese and 17,000 to South Koreans -- have been invalidated.