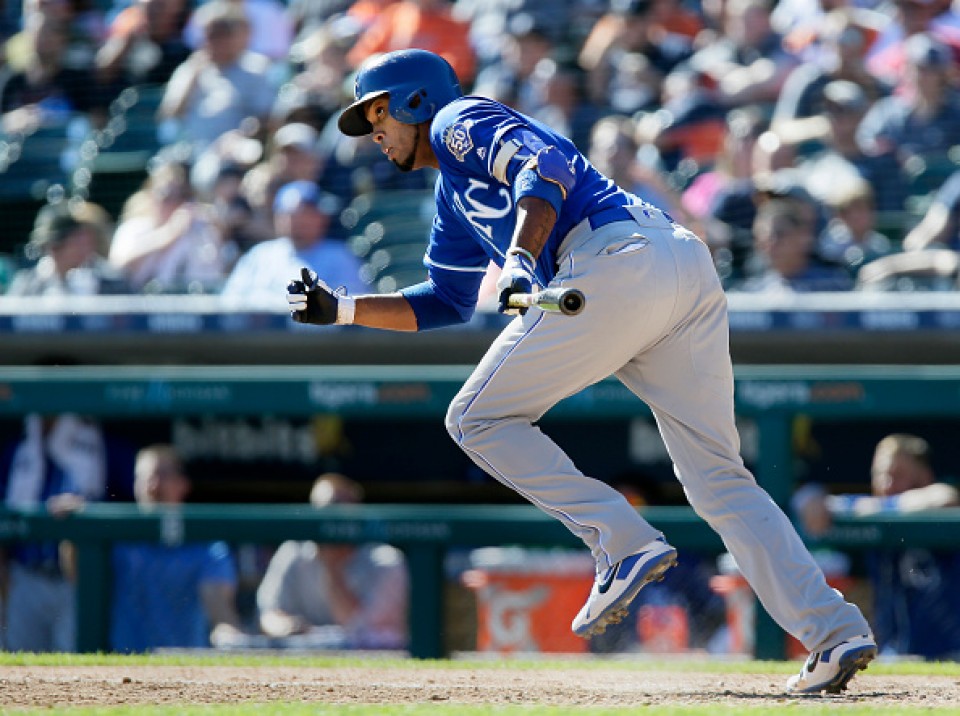 (Alcides Escobar is pictured in action with the Kansas City Royals on September 23, 2018 in Detroit, Michigan)[Getty/Kyodo]

TOKYO - The lively atmosphere Alcides Escobar expected for his Tokyo Dome return was silenced by Japan's efforts to counter the spread of the new coronavirus.

In November 2014, a longtime defensive wiz with the Milwaukee Brewers and Kansas City Royals got a taste of the noise and clamor of Japanese pro ball when he and a team of visiting major league stars took on Japan's national team.

"It's crazy," Escobar, a native of Venezuela, said Sunday of how Japan's fans serenade their teams' hitters to the accompaniment of drums and horns.

Japanese man in Hokkaido dies after being infected with coronavirus

March tournament to be held behind closed doors due to virus

This spring, Escobar is back in Japan as a new member of the Yakult Swallows. Unfortunately, their two weekend games at Tokyo Dome against the Yomiuri Giants -- and Japan's 70 other pro preseason exhibitions -- have been ordered to be played behind closed doors.

The move, a first for Nippon Professional Baseball, was a response to a government request to curtail crowds that might provide opportunities for the new virus to spread.

"Playing in one of the most important stadiums in Japan, Tokyo Dome, with no crowd, that's so different," Escobar said. "When I went out I said, 'Oh my God. This is crazy.' But you need to play anywhere, no matter what. So I tried to just do the best I can and play hard."

In a nation where loud organized cheering and baseball go hand in hand, the only voices at the fan-less games were those of the public announcer, the players and team staff. Swallows catcher Yuhei Nakamura said it was similar to high school games he had played in.

"It was definitely weird," Nakamura said. 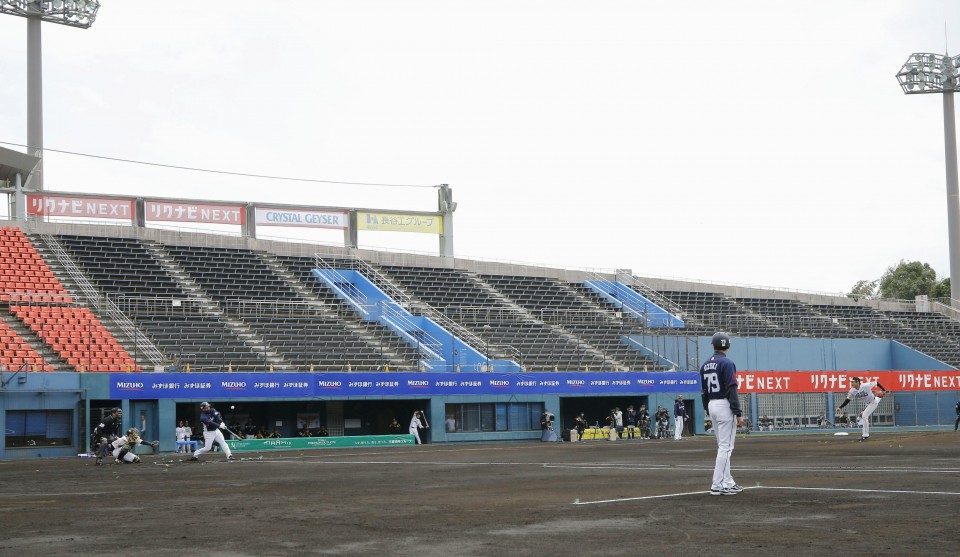 (A Nippon Professional Baseball training game is held between the SoftBank Hawks and the Seibu Lions in Miyazaki, southwestern Japan, on Feb. 27, 2020, with spectators shut out amid the spread of the new coronavirus)

"Even in the minors there will be a few people cheering for you. It was strange being able to hear voices from your opponents' bench."

"It may not feel like normal (baseball) but we are professionals and we have work to focus on."

Former Chicago White Sox pitcher Thyago Vieira thought the lack of fans might actually make it a little easier for him to adjust to Japanese ball.

"When I pitch, I try to focus on my catcher and so I forget about everything else. I think it's easier," the new Giants pitcher said.

His teammate, Ruby De La Rosa, who joined Yomiuri last season, suggested the quiet might be more of a distraction than the fans.

The hope is that by taking these actions, daily life in Japan, where the government has asked schools to close until early April and other sports leagues have been similarly affected, can return to normal before long.

"It will be great on Opening Day when all of a sudden there will be crowds," Nakamura said. "I wish we could get people in before that, but..."