Train service fully resumed Saturday on the Joban Line, which was suspended following the 2011 quake-tsunami that triggered a nuclear crisis, marking the restart of services on all train lines in northeastern Japan devastated by the triple disaster.

East Japan Railway Co.'s service resumed on a 20.8-kilometer stretch between Tomioka and Namie stations near the crippled Fukushima Daiichi nuclear plant, the last part of the line that had remained suspended since the disaster. Before the resumption, the company had offered bus services for the section instead.

While some anticipate that the improvement of public transport in disaster-hit areas along the Pacific coast in Fukushima Prefecture will lead to an increase in visitors and regional revitalization, others consider the impact will be limited as most local residents use cars as their primary mode of transport.

Nine JR and private railway lines took more than a year to reopen following the disaster, according to the transport ministry.

After nine years, the 344-kilometer Joban Line, which connects Tokyo and Miyagi Prefecture, was the last remaining line to fully reopen, excluding the Rias Line operated by Sanriku Railway Co., which had been repaired but was again damaged by Typhoon Hagibis last October.

Limited express trains linking Tokyo with Sendai, the capital of Miyagi, will make three round-trips a day following the full resumption of services.

Among the five stations in the section that had been suspended, three are in the towns of Futaba and Okuma, which host the crippled Fukushima plant of Tokyo Electric Power Company Holdings Inc., as well as Tomioka. 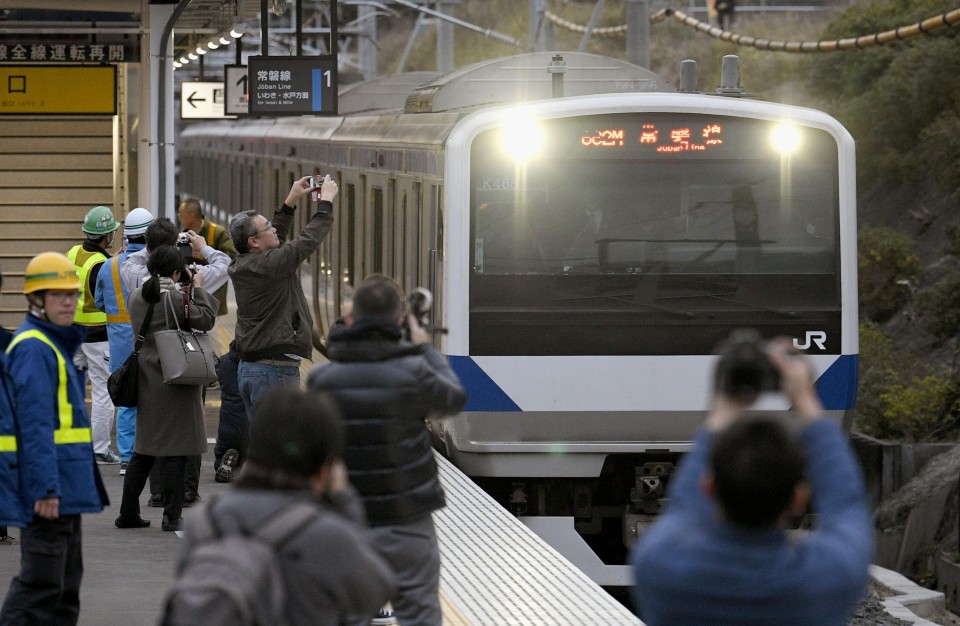 The three municipalities had been designated by the government as a no-go zone due to high radiation levels. The entry ban was gradually lifted in Okuma and Tomioka and the restrictions for areas near the stations in the three towns were newly removed earlier this month in time for the Joban Line's full reopening.

As of March 1, only 1,943 people reside in Okuma and Tomioka, while no one lives in Futaba. The three towns had a combined population of around 34,000 prior to the disaster.

Repair work on the broken stretch of the Joban Line could not be conducted for a long time as most of it was located in a zone marked as having high radiation levels, JR East said.

Work on the line, which began in March 2016, included replacing parts of the railroad tracks and ties, and stripping the surface soil in order to reduce radiation levels.

Although passengers are able to get off at stations and walk around the vicinity, many residents will still not be able to return as evacuation orders remain in place in areas outside the stations. 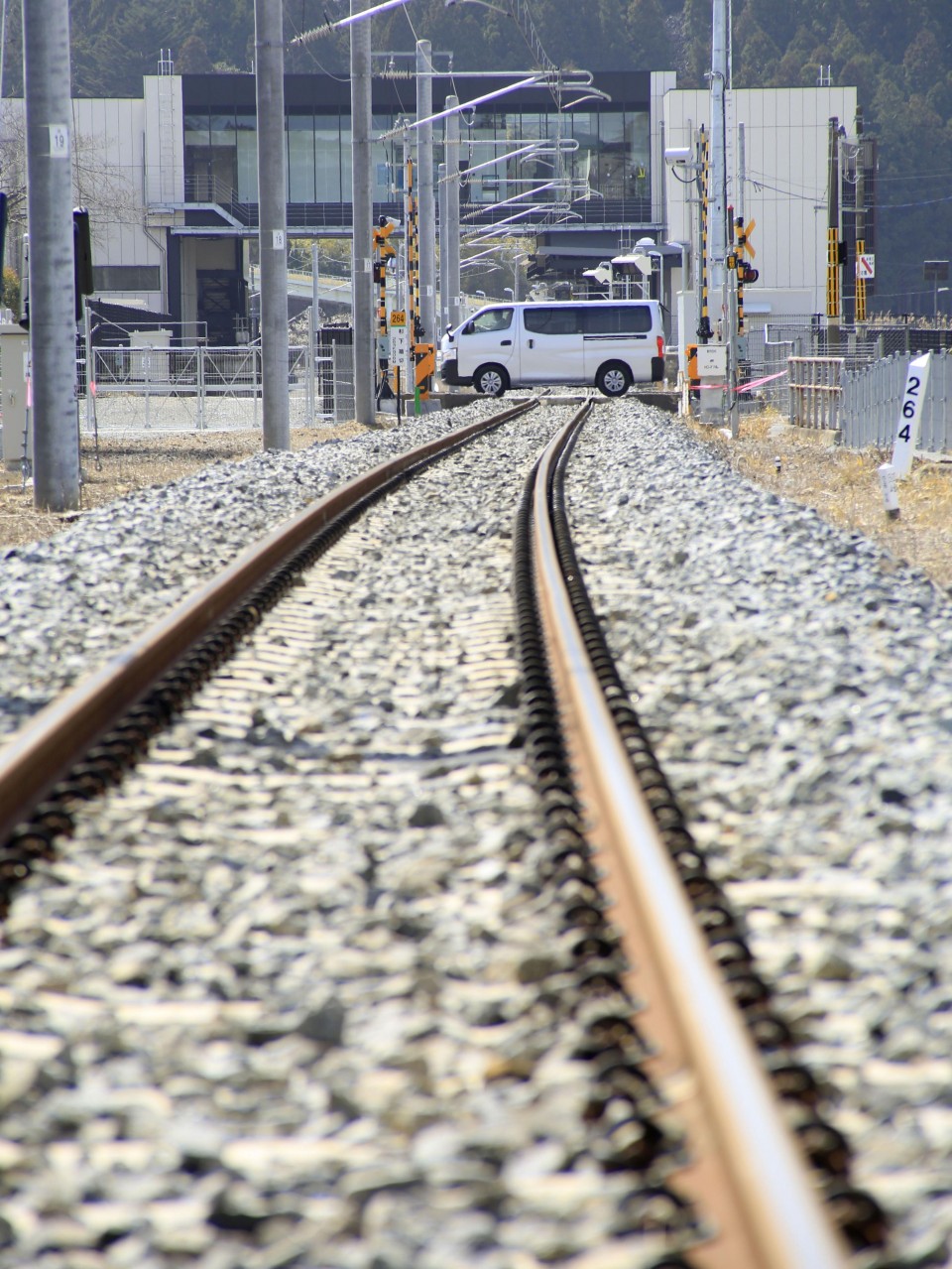