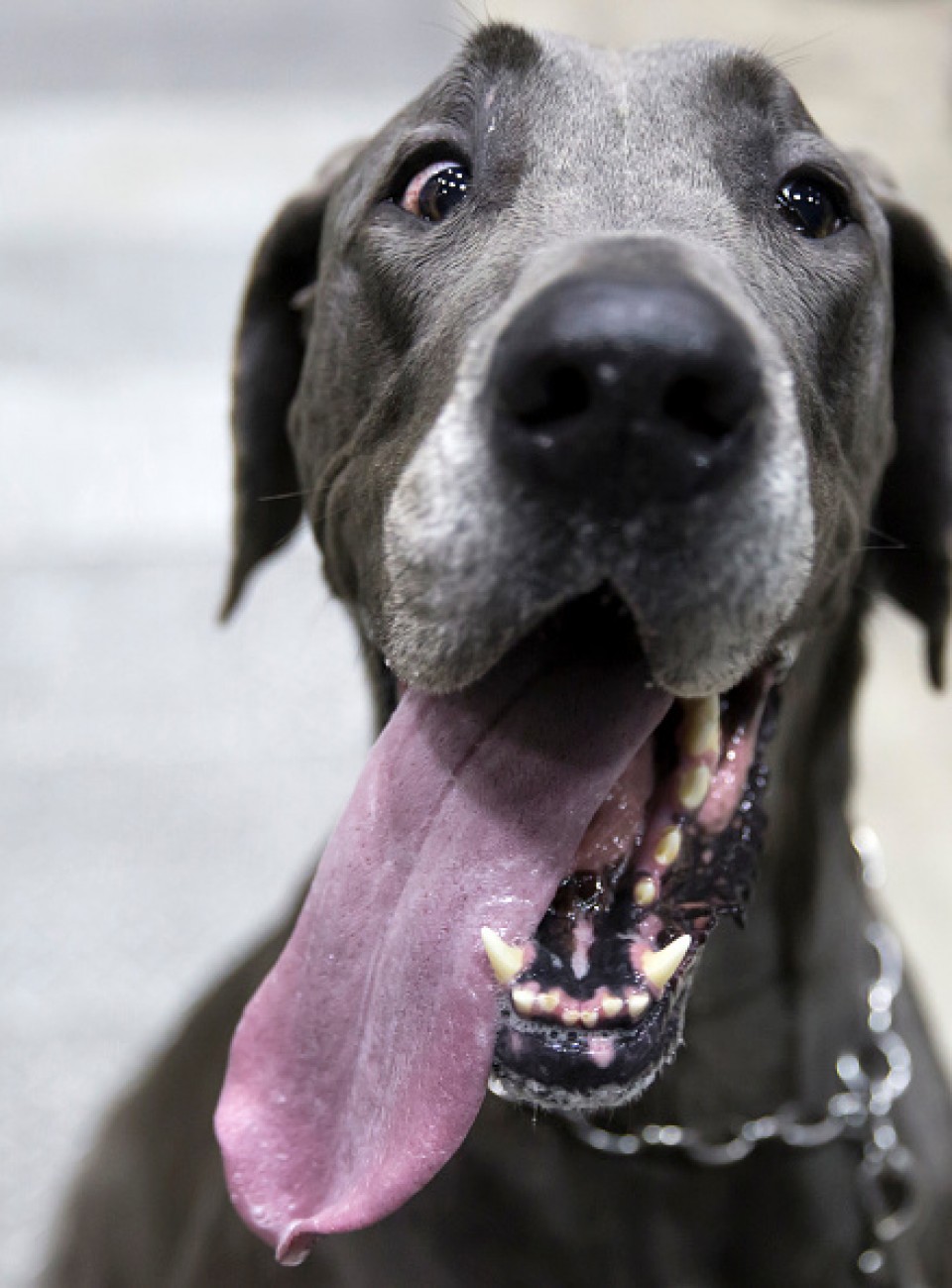 TOYAMA, Japan - An 11-month-old boy died after being attacked by two Great Dane dogs kept by his grandfather as pets at their home in the central Japanese city of Toyama, police said Saturday.

The dogs, each weighing 80 kilograms and measuring 1.2 meters in length, bit the toddler, Jin Nakamura, around 5:30 p.m. Friday when he accompanied his grandfather to the garden to fetch the dogs' feeding trays.

Jin was being held by his grandfather when the dogs attacked him, according to the police. The grandfather in his 50s asked a passer-by to call for an ambulance.

Jin sustained a serious head injury and died two hours later in hospital, the police said. His grandfather suffered a leg injury as he tried to hold down the dogs.

The two dogs were loose in the garden, which is surrounded by a 1.8-meter metal fence. Great Danes were originally bred for hunting.