Japan to restrict travel to and from China, S. Korea over virus

TOKYO - Japan said Thursday the country will adopt a two-week quarantine for visitors from China and South Korea, while expanding its entry ban to cover foreign visitors from parts of South Korea and Iran that have seen a surge in infections from the new coronavirus.

The government will also revoke some visas already issued to travelers from China and South Korea, as well as temporarily suspend a visa-waiver program that covered short stays by tourists from South Korea, Hong Kong and Macau.

Japanese Prime Minister Shinzo Abe unveiled the measures at a government task force meeting as the country struggles to bolster its defenses against the new coronavirus.

"We need to strengthen our quarantine measures to prevent the virus from spreading further and alleviate public worries," Abe said at the meeting.

From Monday to the end of March, visitors from China and South Korea will have to stay at designated facilities for two weeks to be checked for infections and refrain from using public transportation. The quarantine will also apply to Japanese citizens coming from these countries, a government official said.

The updated entry ban, effective Friday, targets travelers from a wider area of South Korea's North Gyeongsang as well as those from Qom Province in Iran. Both places have been severely hit by COVID-19, the respiratory disease caused by the new coronavirus.

In a bid to ensure an effective quarantine, Abe also requested that flights from China and South Korea use only two major airports -- Narita airport east of Tokyo and Kansai airport in Osaka Prefecture.

The Foreign Ministry on Thursday also elevated its travel alert for the whole of South Korea, urging Japanese citizens not to visit the country. Previously, a heightened alert had only applied to areas surrounding Daegu, the city hit hardest by the virus. 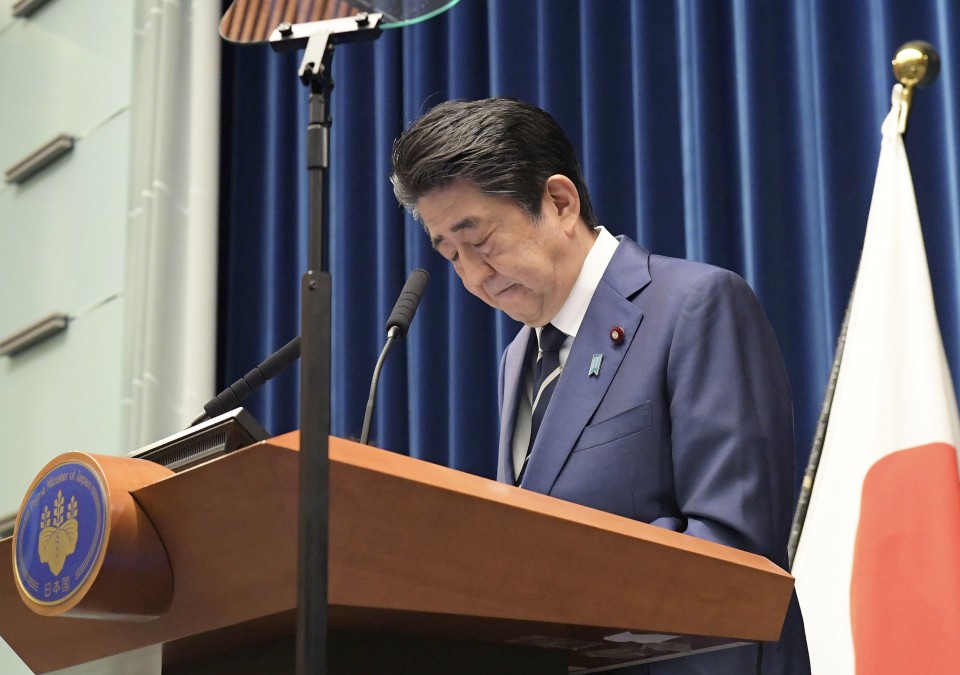 The series of measures will limit travel from the Asian neighbors -- accounting for over 40 percent of all visitors to Japan in 2019 -- and pre-empt a surge in domestic cases ahead of the Tokyo Olympics and Paralympics this summer.

But the steps could deal a severe blow to the tourism industry and the broader economy.

The number of infections has topped 1,000 in Japan, with nearly 700 linked to the Diamond Princess, a cruise ship that was quarantined near Tokyo for two weeks in February.

Japan has already enforced a ban on foreign travelers from some regions of China and South Korea hit by the outbreak, including Hubei Province, where the virus was first detected late last year in its capital Wuhan.

Facing criticism for failing to curtail the spread of COVID-19, Abe has shifted to more drastic steps in recent days.

The prime minister has requested that all schools in Japan shut from this week through the end of a spring break in early April. Organizers are asked to scrap or postpone big sports and entertainment events to reduce group transmission risks.

The government is now seeking a legal revision to enable Abe to declare a state of emergency if necessary. A day after he made a rare call in separate meetings with each opposition leader for cooperation across party lines, the ruling and opposition parties agreed Thursday to vote on temporary two-year legislation on March 12.

The passage of a bill to revise the existing law on new kinds of influenza is likely as the lower house is controlled by the ruling bloc of Abe's Liberal Democratic Party and Komeito. The coalition plans to have it approved by the upper house on March 13.

If a state of emergency is declared according to the temporary law, prefectural governors will be able to demand that residents remain indoors, call for school closures and limit the use of facilities in which large numbers of people gather.

The government will also be authorized to mandate that medicines and other necessary goods are sold at lower prices or handed over. 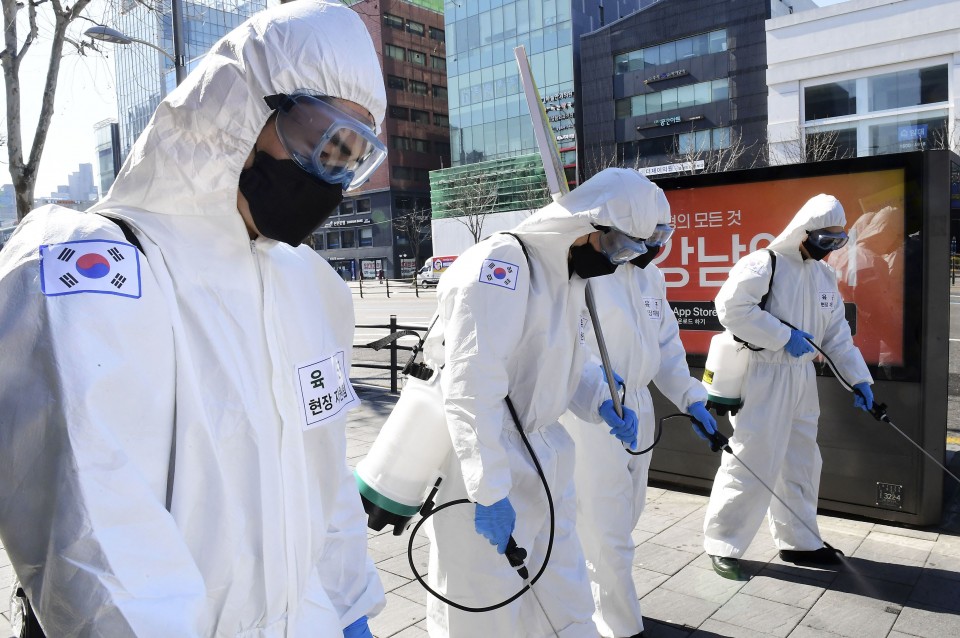 (South Korean soldiers disinfect a street in Seoul against the new coronavirus on March 5, 2020.)

The envisaged bill is expected to be submitted to parliament after the Cabinet approves it on Tuesday, when the government also plans to draw up another emergency package to mitigate the negative economic impact from the virus.

That package will include steps to tackle the severe shortage of face masks that the country is experiencing. In Thursday's task force meeting, Abe said purchases by people seeking to capitalize on the viral scare and resell masks at higher prices online are partly to blame.

Abe has said the bill is to prepare for the "worst-case scenario," indicating that he will not necessarily declare a state of emergency immediately after the legislation clears both houses of parliament.

As the revised law will limit individual rights, he promised to consult with the opposition beforehand and be careful in deciding which areas are targeted and for how long.

The opposition bloc has dismissed Abe's insistence that a legal revision is needed to cope with the coronavirus. Some opposition party lawmakers say the government should have acted earlier if the current law cannot be applied as is.

The following is the gist of the government's new measures to prevent the spread of the new coronavirus.

Through March 31, Japan will:

-- revoke already-issued visas for people from China and South Korea.

-- require visitors from China and South Korea to stay in designated facilities for two weeks as a quarantine step.

-- limit the destinations of flights from China and South Korea to Narita and Kansai airports.

-- adds entry ban for travelers from some areas of South Korea's North Gyeongsang as well as those from Qom Province in Iran.

-- prohibits resale of surgical masks in Japan based on emergency law.