The U.S. State Department said Wednesday that the Group of Seven meeting of foreign ministers will be held by video conference, instead of gathering in Pittsburgh on March 24-25, due to fears of the spread of the new coronavirus.

"Out of an abundance of caution, the United States has decided to host the upcoming G-7 ministerial virtually," spokeswoman Morgan Ortagus said in a statement. The announcement came as the number of coronavirus infection cases in the United States reportedly exceeded 1,000 on Tuesday. 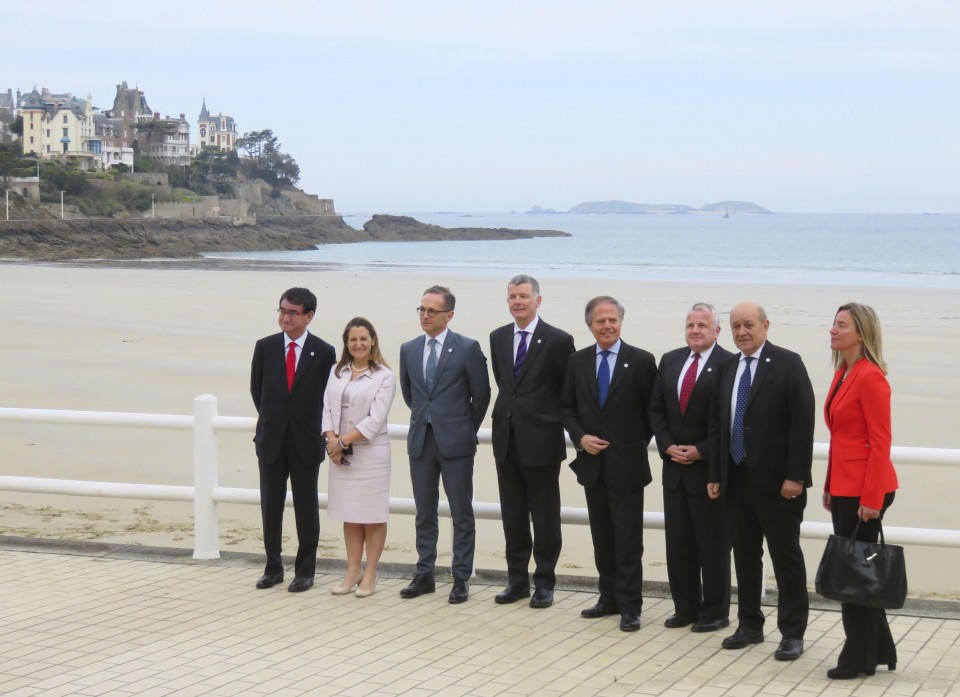 (Photo taken April 6, 2019, shows participants of a foreign ministers' meeting of the Group of Seven nations in Dinard, western France.)

The new virus has spread to 38 of the country's 50 states as well as the U.S. capital, claiming at least 31 lives, according to a tally by The New York Times. Pittsburgh, in the eastern state of Pennsylvania, has also seen some infection cases.

The International Monetary Fund and the World Bank, both based in Washington, also said earlier in the month that they will hold their annual spring meetings next month via video conference due to the potentially deadly epidemic.

The two institutions hold gatherings every spring and fall. The semiannual events usually draw around 10,000 people to Washington, including delegates and reporters.