The Federal Reserve on Tuesday moved ahead with its first emergency interest rate cut since the 2008 global financial crisis, saying the spread of the coronavirus poses "new risks" to economic activity in the United States and abroad.

Following an emergency meeting of the policy-setting Federal Open Market Committee, the central bank decided by a unanimous vote to cut its target range for the federal funds rate by 0.50 percentage point to 1.00 to 1.25 percent.

"The fundamentals of the U.S. economy remain strong. However, the coronavirus poses evolving risks to economic activity," the Fed said in a statement issued after the meeting, adding that the committee is "closely monitoring developments" and will "act as appropriate to support the economy."

The rate cut, which was announced two weeks before a scheduled regular FOMC meeting, followed a global stock sell-off triggered by fears over the outbreak of the coronavirus, which has now spread to dozens of countries beyond China, where it originated. 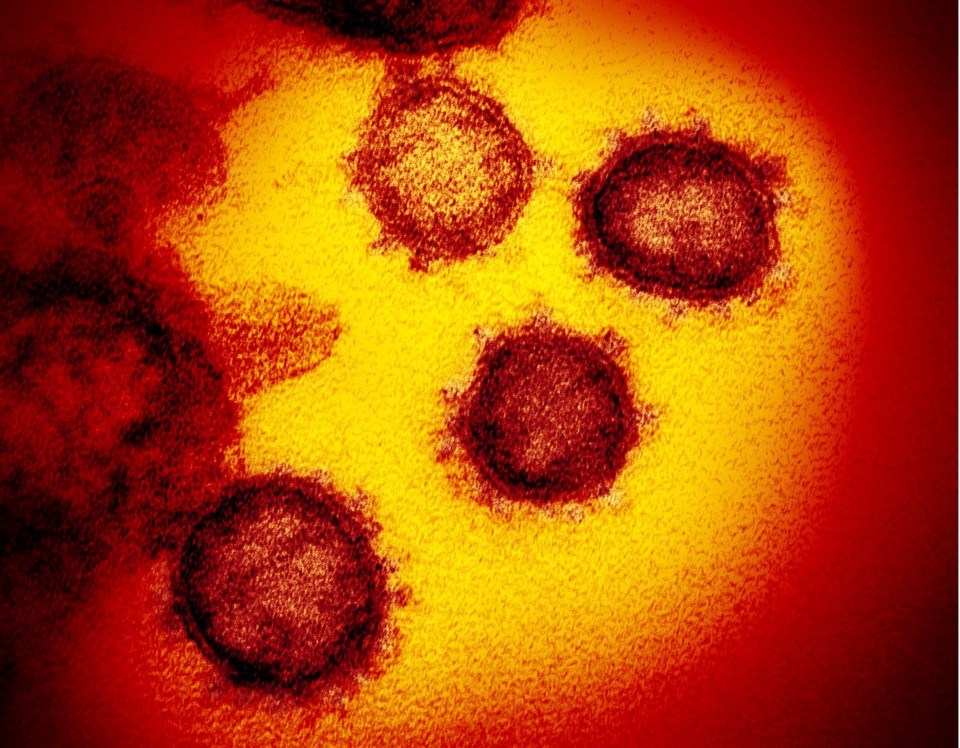 [Photo courtesy of the U.S. National Institute of Allergy and Infectious Diseases]

Fed Chairman Jerome Powell said at a press conference that the economic outlook has changed since January, when the central bank was apparently cautious about taking further easing steps after cutting rates three times last year.

"Since then, the spread of the coronavirus has brought new challenges and risks," he said, noting that the outbreak has disrupted economic activity in many countries and has prompted "significant movements" in financial markets.

"The virus and the measures that are being taken to contain it will surely weigh on economic activity both here and abroad for some time," he added.

While acknowledging that the magnitude and persistence of the overall effects from the virus remain highly uncertain and the rate cut will neither "reduce the rate of infection" nor will it "fix a broken supply chain," Powell said he believes the bank's action will provide "a meaningful boost to the economy."

Shortly before the Fed announcement, finance chiefs from the Group of Seven industrialized nations issued a statement vowing to make a concerted response to address negative impacts on the global economy from the virus.

But the G-7 statement did little to calm the financial markets.

From July to October last year, the Fed cut rates by 0.25 point three times to provide what it called "insurance" against risks, such as the then-intensifying trade war between the United States and China.

It had then signaled a pause in further rate cuts unless fresh developments were to prompt a change in the outlook. But the virus scare has recently intensified in financial markets, leading the Dow to suffer the largest single-day points drop in its history on Thursday.